The Future of Mankind, Violence, Visions of the future.

We all know that it is impossible to remove violence from the world, as we as a species along with all other species kill.

However too much of our impression of the world comes from a misleading formula of journalistic narration. Reporters give lavish coverage to gun bursts, explosions, and viral videos, oblivious to how representative they are and apparently innocent of the fact that many were contrived as journalist bait.

Beneath all this violence one of the biggest problems about disproportionate coverage of wanton violence is that many homicidal maniacs crave publicity. Doing something really awful remains a guaranteed method of achieving instant fame, or infamy (a distinction that often seems paper thin).

Violent headlines fill the news. If it bleeds, it leads is a truism of news coverage.

Whereas the world is a lot less violent today than at any other time of history, or prehistory, that fact escapes us thanks to our daily diet of journalistic carnage it is widely believed that modern society, in spite of all its technological and scientific progress, is morally deficient.

The question is why are audiences attracted to bloodshed, gore and violence?  Why do we keep coming back for more?

Because, violence is a huge entertainment venue not only today, but in the old days with gladiators.  We now have motion pictures and video games, whether played on computers etc or seen on television or in theatres, depict some of the most heinous fake violence ever.

The days of leaving the imagination to construct the result of violence act have long gone, and it seems without it many people have misconceptions as to how real violence works.

The amount of violence in movies has increased over the past few decades. About 90 percent of the top-grossing movies over a 25-year period contained at least one violent main character.

If you’re one of those people who squirm, twitch and squeal with fear but still enjoy scaring themselves with torturous flicks, then you don’t have to lurk around the deep web to look for these. Netflix has a fair share of anxiety-induced disturbing movies.

Net flicks is full of killing.  A disproportionate role of violence in its top offerings. – Record of Ragnarok.

So why do we accept so much graphic violence as entertainment?

Perhaps depictions of violence that are perceived as meaningful, moving and thought-provoking can foster empathy with victims, admiration for acts of courage and moral beauty in the face of violence, or self-reflection with regard to violent impulses.

Such hedonistic pleasures are only part of the story about why we willingly expose ourselves to scenes of bloodshed and aggression?

As we watch a movie, we are constantly aware of the context in which we are watching it. We are in our homes, a movie theatre or in the arms of a loved one, allowing us to experience the excitement and emotions of violent situations in movies without concern of being harmed. We protect ourselves from the violence by emotionally distancing ourselves from it.

However, desensitization is not the only explanation for the continuing attraction and tolerance of violent movies.

Some types of violent portrayals seem to attract audiences because they promise to satisfy truth-seeking motivations by offering meaningful insights into some aspect of the human. Research has shown that increased exposure to media violence increases one’s tolerance of violence condition. 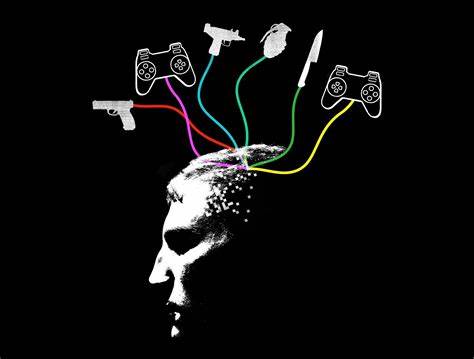 The biggest culprit  is the Gaming World.

Within a dramatic or protective frame, violent imagery becomes exciting rather than anxiety provoking.

People seem to glamorize, or maybe romanticize death… its good joke material. Right up until they get close enough to smell it on someone they care about.

Don’t train you’re brain that violence is ok. All Sociopaths, psychopaths, and narcissists suffer from a complete lack of empathy and conscience.

Todays society has made people “numb”

One of the most needed, least known skills in our world today is conflict resolution.

We don’t learn it in school, at home, in the media, or on the streets.

We don’t learn it at all, most of us, reducing our complex lives to only two options, either-or: win or lose, right or wrong, all or nothing, us or them. So we act on impulse, lapsing into fight or flight, perpetuating cycles of misunderstanding and violent interactions on levels from the interpersonal to the international. For all the tribulations in our lives, for all the troubles that remain in the world, the decline of violence is an accomplishment we can savour, ultimately.