Capitalism vs. the Climate., Climate change, Global warming, Real statesmen., State of the world, The Future of Mankind, THIS IS THE STATE OF THE WORLD.

Every country is a work in progress but there are gaping holes where the leadership should be.

Politicians are hanging on to power instead of working for the construction of a better world. We are getting “selfish politicians and cynicism” instead of the statesmen needed to challenge the current crisis all over the world.

We now have a US President who does not know what the word genocide means and a Uk Prime Minister that lies to his Parlement and a Putin that has lost the plot.

The idea that the Prime Minister or president “runs a country” is just nonsense.

The lack of thought invested in the future is a real and pressing problem.

Today’s politicians play on our inherent, false phobia of the word fear; they milk it for every vote it’s worth.

This creates a natural void between the average citizen and the ruling class.

The only difference perhaps is that nowadays we put a camera on them 24/7, and we expect them to give an answer to a problem mere minutes after some event occurred.

In the past, politicians probably had more time to think, and far less time to speak (or at least, fewer things they said were being recorded). As a result, modern politicians seem to make more mistakes.

I fear it will take a terrifying depth of crisis before there comes a point when this isn’t enough anymore and they will have to face their people with the big picture – which is to ask how much do we want to survive?

Statesmanship is fleeting, and we don’t really appreciate it until it’s gone.

We desperately need a statesman—but, sadly, all I can hear are politicians.

If the world ever needed a Stateman it is now.

Real statesmen rise above the tawdry political arguments of the day to the much higher realm of political strategy, what is right for the nation, right for everyone, and betters the human condition.

The statesman shuns media campaigns, opting for the power of the written and spoken word. He is an accomplished public speaker that looks over the horizon for future requirements.

Statesmanship and ethics are inseparable. We need a lot of both. We’ve already got a lot of politicians. We need a lot more statesmen. Making no private promises, granted no special favors, and received no personal gifts which would compromise his official integrity.

What are the differences between a Statesman and a Politician? 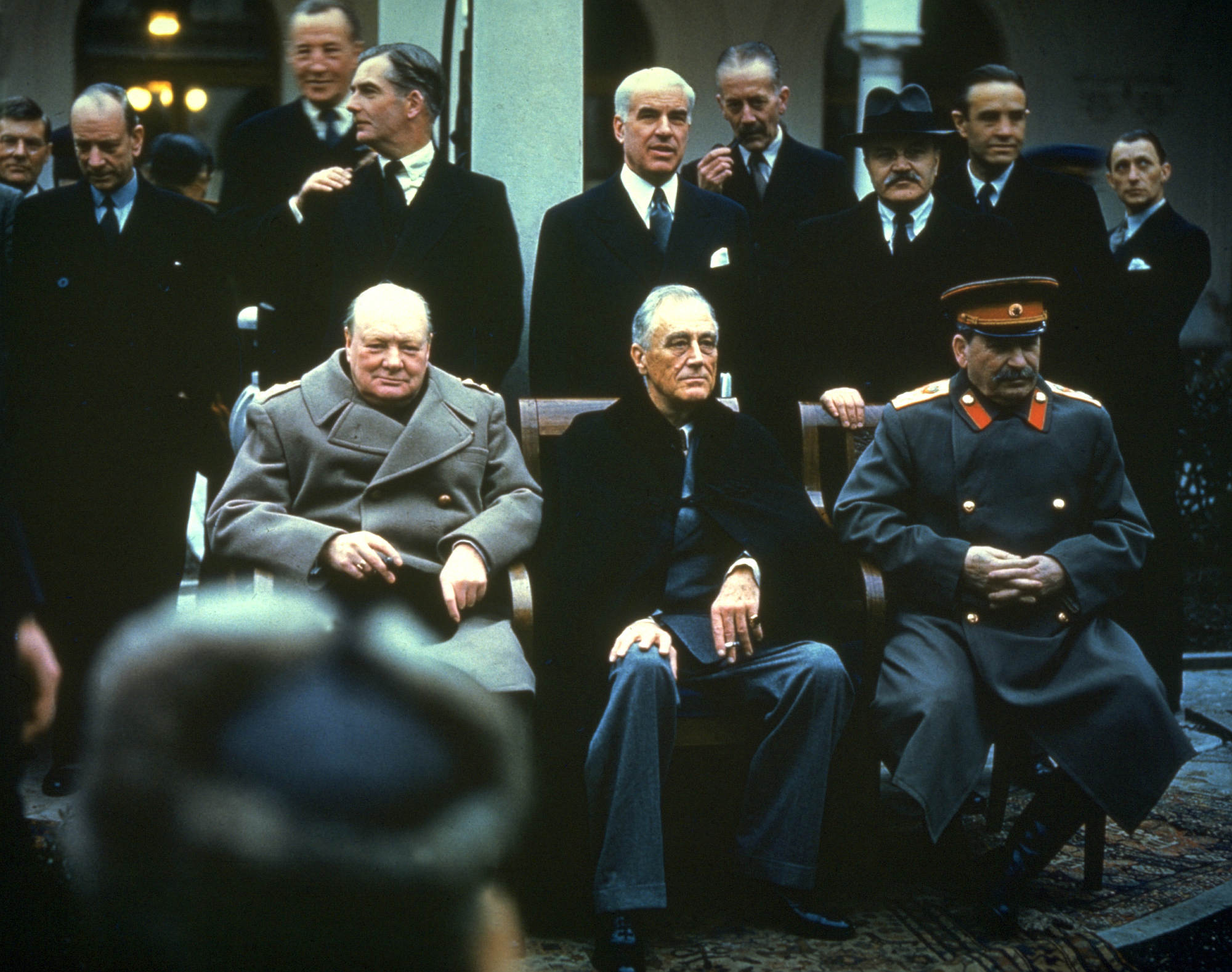 Not all politicians are statesmen.

Statesmen spend the money, borrowing what’s necessary, to grow the country, restore confidence in the government and the future, and prevent devastating wars—even if the benefits of their actions are not immediate and measurable, but spread instead over many generations.

Politicians, by contrast, “save money now” to “enhance today’s surplus” or “decrease today’s deficit”—even if “saving money” means leaving embassies unprotected from terrorist bombs, and our intelligence establishment less capable and integrated than it could have been.

Statesmen see far into the future and know that good investments pay for themselves over and over again, for generations.

Politicians tend to be penny wise and pound foolish—or perhaps more accurately, present-wise and future-foolish. They are in a “bubble” shuffling portfolios amongst themselves. They have no real-world experience. They go straight from education into politics via internships. They have no choice but to find a way to get people’s attention, in preparation for the next election and fear is one of the best attention-getters of all.

In this age of media coverage, the problem we have is twofold what to believe and what not to believe.

The Underworld of the huge overarching media presence means that politics is not in control because no system is in control or in a position to lead society. Take the war in Ukraine for example.

Can The West Stop Russia by Strangling its Economy?   No

Because in 2001, the incident of 9/11 changed the whole scenario of the world. US started its War against Terror and announced that it will target anyone, anywhere, who threats the US security and its citizens. Under this US invaded Afghanistan, Iraq, and Libya and attacked Daesh in Syria without facing any opposition from other countries at United Nation Security Council (UNSC).

After 30 years, of peace now Russia led by President Putin has challenged the new world order in Eastern Europe, by accepting two eastern regions of Ukraine (Donetsk and Lugansk) as independent regions and allowing its forces to invade Ukraine on Feb 24, 2022.

It’s clear that Russia is not dependent on the west as the west is dependent on Russia. So there is something amiss with a  black-and-white view of the situation in Ukraine.

Since the end of the Cold War, the West has refused to make any concessions to Russia’s security concerns. Neither NATO nor the Western powers, in general, have been willing or able ‘to empathize with the Russian perspective on this crisis’.

Moscow is repeating that it will withdraw its troops from Ukraine only if Ukraine recognizes Crimea as a part of Russia and two eastern regions, Donetsk and Lugansk as independent states, moreover Ukraine makes the constitutional amendment that it will not join NATO.

The truth is that after fighting alone and not getting ground or air support from the West ( because of the fear of a nuclear war) Ukraine has only one option left to compromise and accept the Russian demands for the sake of their and our survival.

Ukraine must learn from Afghanistan’s lessons, and not allow big powers to play a proxy war in its country.

Putin’s invasion of Ukraine will lead to a new world order with an era of grinding compromise. The “new world order” is going to be dominated by Russia and China. Mr. Putin and Mr. Xi are writing their own rules.

The real danger is that the global balance of power is not just being recast, but gradually unraveling. History shows that changes to the balance of power rarely occur without serious conflict.

We must do what we can to contain Vladimir Putin’s aggression in Ukraine. But we also need to be clear-eyed about it and face the costs.

One lasting story of this war could be the way that Europe uses it to launch its next stage of integration.

We cannot continue to fight each other in useless wars.

The UN secretary-general, António Guterres, called the recent IPCC report on the climate crisis a “code red” for humanity. “We are on the verge of the abyss,” he said.

You might think those words would sound some kind of alarm in our society.

Since no one treats the crisis like a crisis, the existential warnings keep on drowning in a steady tide of greenwash and everyday media news flow.

The facts are crystal clear, but we just refuse to accept them. We refuse to acknowledge that we now have to choose between saving the living planet or saving our unsustainable way of life.

Because we want both. We demand both. But the undeniable truth is that we have left it too late for that.

And no matter how uncomfortable that reality may seem, this is exactly what our leaders have chosen for us with their decades of inaction. Their decades of blah, blah, blah. In short, we are totally failing to even reach targets that are completely insufficient in the first place.

Science doesn’t lie, nor does it tell us what to do.

But it does give us a picture of what needs to be done. We are of course free to ignore that picture and remain in denial. Or to go on hiding behind clever accounting, loopholes, and incomplete statistics. As if the atmosphere would care about our frameworks. As if we could argue with the laws of physics.

The climate and ecological emergency are, of course, only a symptom of a much larger sustainability crisis. A social crisis. A crisis of inequality that dates back to colonialism and beyond. A crisis is based on the idea that some people are worth more than others and, therefore have the right to exploit and steal other people’s land and resources.

It’s a sustainability crisis that everyone would benefit from tackling. But it’s naive to think that we could solve this crisis without confronting the roots of it.   Inequality.

All it would really take is one – one world leader or one high-income nation or one major TV station or leading newspaper who decides, to be honest, to truly treat the climate crisis as the crisis that it is. One leader who counts all the numbers – and then takes brave action to reduce emissions at the pace and scale the science demands. Then everything could be set in motion towards action, hope, purpose, and meaning.

Who will that leader be?

Ask any hundred people to define a good leader and how many definitions do you think we’d hear?

The leaders of the free world just serve to reassure people that there is someone in charge, someone with a plan while high technology is creating the way we think and feel.

We have to get used to living in a world without leaders.

We must understand that global warming is a true threat.

We have to become conscious of environmentally friendly measures of living.

This is where we are at the moment.

I and you are going to see a lot of the long-term effects of what’s happening now with Climate change.

Time will tell if great statemen will return to power and change the direction in which current politicians are leading the world.

Without leaders, there is little alignment and hardly any coordinated moving together towards common goals. Without leadership, there is hardly a chance for fair distribution of wealth nor for peace.

This doesn’t mean that leadership as such grants these values but without leadership, it’s probably impossible to enjoy them at all.

Three-quarters of the world could not give a dame about the war in Ukraine, Syria, and Yemen, or any of the other wars.

Only resistance from within Russia can shorten the conflict.

Brussel is pretty much kowtowing to the gazillion of different demands of basically all European leaders and interest groups, resulting in policies that are confused, contradictory, and ultimately useless.

European leaders with the outbreak of war in Ukraine are reduced to the role of extras.

Unfortunately, we lack business statesmanship in the advertising Industry promoting more and more consumption for short-term profits with the media whose role seems to be to stop the shaping of modern statesmen.

There is only one choice that is to declare war on Climate change.

All human comments are appreciated. All lie clicks and abuse are chucked in the bin.