Artificial Intelligence., Technology, The Future of Mankind, Visions of the future.

There are 52 distinct human abilities, that cover a broad spectrum of perceptual, cognitive, and motor abilities.

However in this post we are not going to exam each and every one.

We defined AI in terms of sense, think, and act that correspond to the perceptual, cognitive, and motor abilities of humans.

We have two extremes, where at one end the AI is independently taking actions and making decisions; and at the other end we have a human-in-the-loop system, where the human is ultimately responsible for the decisions and actions, but is using the AI to inform his or her decisions and actions.

We have four distinct ways by which AI is being used today and has been used in the past:

As we go through these four types of intelligences — from automated to assisted to augmented to autonomous, we require progressively more scrutiny, governance, and oversight.

Because today, AI is all-pervasive but still in its infancy .It is expected to be one billion times more powerful than human intelligence.

With every passing day, AI solutions are getting more powerful.  From conducting wars with drones, to the majority of the online content that we consume in our daily lives is  AI -generated.

If we have a look at our surroundings, we must be convinced that it is not just the future, rather it is the present.

To days world is run on software. It has become the lifeblood of the modern economy, by destroying our ability to understand the meaning of words and written language?

The way AI is getting incorporated into our existence is more than fascinating.

OUR ELECTRONIC AGE HAS GIVEN RISE TO AN EXPLOSION IN LANGUAGE THAT IS HAVING A DIFFERENT EFFECT ON ALL OF US.

Voice assistant is one of the most powerful AI software agents people have ever worked on. 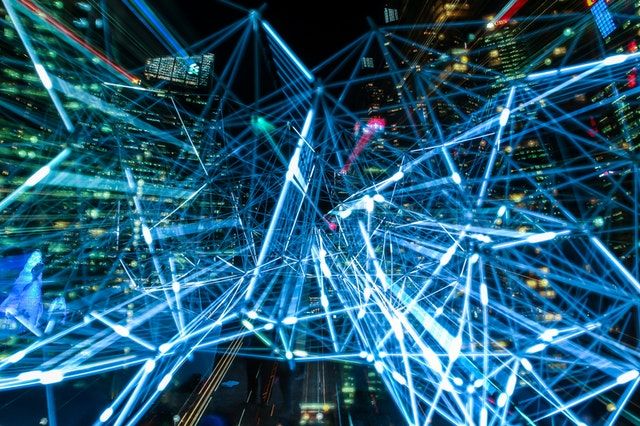 Because we are entering a world of generative language and remember that AI has little or no human oversight once it is in use.

Thanks to AI we are now showered with pictures and content selected by AI every minute of our lives.

Are emoji a step back to Egyptian Hieroglyphs?

Emoji meanings can be incredibly confusing.

Is he crying from laughter, or just crying?

They appear in advertising, in captions, and in videos, but their meaning and misinterpretations are extremely common.

Despite its similarity to words like “emotion” and “emoticon,” the word “emoji” is actually a Japanese portmanteau of two words: “e,” meaning picture, and “moji,” meaning character.

The language of  emojis wont allow us to look into the past as words do with written history.

Words are enormously powerful tools that most people don’t fully appreciate like words of wisdom, healing, and life to others—words that edify richly, identify beautifully; words that multiply health and wholeness.

Language is a neurocognitive tool by which we can:

· Influence and control the behaviour of others.

In fact, we can’t stop ourselves from reading when we see what looks like a word.

We understand others best when we can identify the purpose that frames the words.  AI on the other hand has no idea what a word imparts. It cannot “read” other people by the words they use and the way they use them.

We are becoming non attuned to the nuances of words.

To give this some perspective Shakespeare had around a hundred thousand words to chose from.

Neuroplasticity is probably the most powerful attribute we have.

We hold the future of all species in our very hands, including our own, but it is our DNA and environment that control us with

the power of words fundamental to life—and they can be instrumental in causing things to die.

We all have heard that a picture is world a thousand words but this seems not to be true when it comes to climate change.

With it and the above attribute we can achieve great good in the world, if we choose to do so.

To be creative, you need to be able to look at things in a new way or with different and new perspectives.

Allows for amazing human social and natural progress when combined with the other two above.

It is often said that money is the root of all evil but greed is an inner condition. By contrast, the virtue of generosity is most present not only when we share, but enjoy doing so. Any decision to take from others or to enrich yourself at the expense of others is an example of greed.

A deeper understanding of greed can help us to see that it is not only material goods that we desire money for, but also the security and independence that wealth can bring.

Where are we, what should change, and how?

We can start with a simple thought exercise.

You exist on Earth and, therefore, are in some location, right? So, from where you live, what do you see beyond Earth?

Get off the Smartphone. Dump emoji’s that communicate illiteracy.

Read to increase the understanding of imagination, the meaning of words, how they are used, when to use them.

Money is only an instrumental good. that is, it is only good for the sake of something else, namely, what we can get with it.

Our combined inability to recognize this is down to the fact that we have created a Capitalist World on the foundations of greed, a culture of I am all Right Jack.  We’re being fleeced. It is disgusting, and everyone should be outraged that we are unwilling to share wealth to save our world.

comments appreciated. All like clicks and abuse chucked in the bin.

LANGUAGE IS the soundtracks of our lives.

Speaking only one language is still perceived as both the norm and the ideal for an allegedly well-functioning society.

Perhaps it is proving to be the opposite in the case of Brexit.

Language is more than just code by which we communicate, it is related to social and political knowledge, and access to power structures.

Up to now the myth of one nation, one national language, one national culture – which was at the heart of the ideal of the nation-state in the 19th and 20th centuries – perpetuates the master narrative of national homogeneity.

A different approach is urgently needed, one that moves away from multilingualism as deficit and towards a recognition of linguistic and cultural diversity as a creative engine of civic participation and social well-being.

In an age where politicians and pressure groups alike act on the advice of communications consultants, it seems that a new term is introduced into the debate every few weeks and repeated ad infinitum, if not ad nauseam.

“People’s vote”, “leave means to leave”, “cliff-edge Brexit”, “managed no deal” “backstop” – shout the phrase of the day loud enough and often enough and voters might just remember it at the ballot box.

Rarely is there any space or inclination to look at what these slogans actually entail.

Like all these phrases, “a managed no deal” is not just meaningless spin. It may be a contradiction in terms, but it still has specific functions in the public discourse on Brexit. It serves to allay fears, allows for a positive variation on the journey metaphor and introduces a new option into the debate. Whether that option is realistic, however, is another question.

Linguistic relativity is the idea that language, which most people agree originates in and expresses human thought, can feedback to thinking, influencing thought in return.

The language that you hear gives you a vocabulary for discussing the world, and that vocabulary, by producing simulations, gives you habits of mind.

Encountering language about other groups of people can lead to a skewed view of reality. It may well be that having different words means having differently structured minds. But then, given that every mind on earth is unique and distinct, this is not really a game changer.

Language diversity has played a key role in shaping the interactions of human groups and the history of our species, and yet we know surprisingly little about the factors shaping this diversity.

“Hard Brexit”, “soft Brexit”, “Norway plus”, “Canada plus” These metaphor have shaped much of the discussion on Brexit.

You could be forgiven for being confused about the options available for Britain as it leaves the EU. One phrase in particular, though, is worth investigating further: “a managed no-deal Brexit”.

On the face of it, it seems a contradiction in terms. After all, isn’t no deal about the UK crashing out of the EU or going over a cliff edge? How could such a sudden and disastrous event be managed?

There is more to the phrase “managed no deal” though.

If we look back at the Leave and Remain campaigns, both consistently sought to evoke the emotions of voters. Leave aimed to trigger both negative and positive feelings – frustration with being restricted by the EU, fear of uncontrolled immigration, and pride in a “Global Britain”. The Remain campaign appealed overwhelmingly to fears about the UK’s economic future outside of the EU.

Two-and-a-half years on, it is no deal that is being presented as a frightening prospect. And the way to overcome the fear of what could happen is to control or manage future events.

The notion of control was central to the Leave campaign.

After triggering fears about the perceived threat posed by immigrants, and frustration about a seeming lack of power as an EU member state, the same campaign provided the solution to such negative feelings: take back control of British laws, borders and money by leaving the EU.

Today our species collectively speak over 7,000 distinct languages. 2,464 of these are endangered. Just 23 languages dominate among these 7,097 and are spoken by over half of the world’s population, one is related to the backstop Irish.

Undoubtedly, a wide variety of social and environmental factors and processes have contributed to the patterns in language diversity we see across the globe.

The degree to which different environmental, social and geographic variables correlate to language is evident to all with Brexit.

Why is it that humans speak so many languages? And why are they so unevenly spread across the planet?

The European Union is proud of its linguistic diversity, making translation a right. It is the largest translation organisation in the world. EU staff use English for most scientific publications, business channels and international relations. However, this is where the problem starts.

It would be quite ironic that the unofficial international language of business would not be official in the EU because of a lack of English-speaking volunteer countries. And there are only two: The Republic of Ireland and Malta. Ireland has already named Irish as its national language. What a turn of history it would be for the Irish to rescue the English language.

Brexit with have an undeniable effect on Europe as we know it. The social, financial and cultural impact it will have is hard to predict.

One thing we do know is, based on both speculation by EU officials and the regulations of the EU itself, is that the English language will be effect by Article 50. Unless a vote is carried out by the members of the European Union this could be the very end of the English language.

I leave you with- BEIDH TU ANN.