Capitalism vs. the Climate., Digital Citizen?, DIGITAL DICTATORSHIP., Digital Invisibility., Technology, The Future of Mankind, Visions of the future.

We all know that there is an invisible world and that today it is undeniably digital.

This invisible world is becoming both powerful and dangerous leading to digitalizing without a system of oversight of the way we operate in the world, resulting in not just hidden powers but a decoupling between human rights and democracy.

On one hand, digital democracy, or eDemocracy, uses the internet, social media, and technology to improve our democratic systems of governance.

On the other with our electronic overlords, ( Smartphones, Pads, Apple watches, TV, Web Services), this world of invisibility is been driven by non-accountable, non-transparent commerce, operating profit-seeking algorithms, with self-learning data collection codes, that no one comprehends.

As our day-to-day lives are increasingly immersed in technology, it is easy to lose perspective on things that matter.

The capitalist world of profit and power is disappearing underground.

New technologies – from social media and GPS systems to artificial intelligence and digital twins – make the planet we inhabit unrecognizable from even 20 years ago and it’s only going to get faster, changing how we live.

The rise of the sharing economy, online marketplaces, and digital platforms are shattering old barriers and reducing the distances between industries, societies, and places, all of which are without adequate regulations are vanishing from scrutiny and accountability.

While it’s true that today, leaders need to deal with unprecedented changes and an unpredictable and challenging future due to the Fourth Industrial Revolution, Climate change, and the covid pandemic they need to be more agile, to deal with sudden changes and challenges that any one of these will bring.

Because the status quo as the inertia of past success can be crippling for the future.

The paradox of leadership lies in staying focused on the present, while also visualizing the future and creating a roadmap to reach it.

This is a major problem requiring Statmanship on a global scale.

Why is all of this happening now?

What’s interesting about this question is, there’s no answer to that question.

What I think is so true about that is, with technology even nonconformists are conforming.

Because these days it’s difficult to not see how real the invisible world is affecting our lives and the systems that govern life. 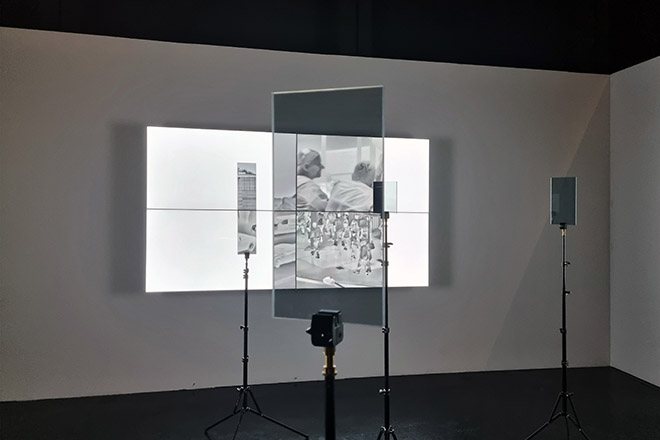 Today, with the covid pandemic’s we see it is very rare that you find someone that’s not influenced by anyone else.

You don’t have to be a digital native to behave like one.

It’s the invisible world we want to connect with in order to maintain the magic in life.

Because a world without emotions will be a sterile world.

Yes, the invisible world is real.

It is the limited life of a limited mind.

Increasingly, this limited value is delivered through new cross-sector, outcome-based propositions, rather than traditional sector-specific products and services.

We have all experienced trying to get to speak to a human to solve a problem with a service – press one press two – listen to music – you inquiry- will be answered – press 3 if – till you give up.

If you can spell it you can’t enter it. A society that is dependent on technology can create inequality.

To stop this invisible world people must take ownership of things as the digital world is not about technology, but people.

At a time when geopolitical tensions are on the rise are at their highest level this century.  And this turbulence is escalating.  Even nuclear non-proliferation can no longer be taken for granted.

At the same time, we see trade and technological conflicts that fracture world markets, undermine growth and widen inequalities.

And all the while, our planet is on fire.  The climate crisis rages on.

With Climate Change, we are risking a ‘great fracture’ between world powers, each with their own internet and AI strategy, as well as dominant currency, trade, and financial rules, and contradictory geopolitical and military views.

With dwindling natural resources, an unstable world climate, viruses on the rampart, not to mention the effects of pandemics on world trade, inequality, the world does not need politicians that do not think of the next election but statesmen of the next generation.

It is crucial to ensuring a united world.

Those yet to be connected remain cut off from the benefits of this new era and remain further behind. People need money to access the internet and buy the latest devices.

By 2050 there will be 9 billion people to feed, clothe, transport, employ and educate.

Maybe that’s not really bad when you think of what’s coming next. You couldn’t call it a fully digital world yet. It’s not even close.

However, there’s room to dream about building the world we want, instead of the one we’re turning into.

As we pursue unlimited growth, our limitless consumption threatens to crowd out everything else on Earth. We are warming the climate, overspending our financial resources, requiring more fresh water than we have, increasing income inequality, diminishing other species, and triggering shockwaves whenever we can’t cope with a problem. Billions are committed to a growth-driven world economy.

Our world is full of screens. We keep them in our hands, purses, and pockets, next to our beds while we sleep, and surround ourselves with screens on our desks and countertops. Our TV sets are morphing into interactive screens as we put them online so they display everything for free.

What if that networked system brought everyone the world’s best services, resources, and knowledge-based on what we do, as a normal part of everyday life?

The top-down approach is no longer sustainable in the Economic/ Power/ or Democracy Capital Accountability. Leadership needs to be vigilant and create a long-term sustainable value proposition for all stakeholders.

The same technologies are giving rise to new business models, with organizations using digital to create and monetize new forms of value. Disruptions in the digital world occur at a phenomenal rate.

Although giving up your data was once an afterthought when gaining access to the newest internet services such as Facebook there aren’t many great options available to limit what is seen and known about you online.

YOU BECOME A DIGITAL FORM OF YOURSELF IN THE VIRTUAL WORLD OF THE INTERNET.

How do we define what a digital human is?

Worthless, a form of entertainment to have conversations with yourself without being able to show emotion and behavior as a real human.

So, is the invisible world the real world?

Hard to say, but I think it’s what makes the visible world worth living in.

When someone dies, the essence of that being merely inhabited that form – the life within the form was always invisible.

Digital leaders will have the power to shape the future of our world.

When we want to believe, there is still time to interrupt the announced disappearances of so many plant and animal species which, if we are not careful, will lead to our own end.

This situation cannot go on. It is our common duty to avoid it.

While risks intersect and technologies develop quickly, too often our institutions for governing international security remain reactive and slow-moving.

ALL HUMAN COMMENTS ARE APPRECIATED. ALL LIKE CLICKS AND ABUSE CHUCKED IN THE BIN.