With the continuation of the covid pandemic, this is going to become the big question because the two are intertwined. 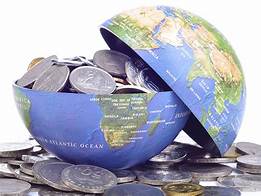 If this pandemic drags on, which appears it will do with new variants, the degree of economic harm will become extreme, resulting in a different kind of “ailment” worse than the one we’re supposedly trying to “cure.”

Either way, the current shackling of the economy cannot be allowed to drag on much longer, or we will find ourselves in a full-blown global depression — and then more people will die.

However, if you combine the pandemic with the other major crises Climate Change the Environment wins hands down.

Because in the long run if the environment is not protected it will inevitably lead to the depletion of economic resources and the destruction of the earth and human life.

In this world, humans are not here for only survival there are many other aspects that are necessary for the lives of humans. The economy is not, and never was intended as, “an end in itself”.

Everything that belonged to humans came from the environment but we can live without an economy, but not without our environment!

We’re all in this together.

There’s just enough truth to that to convince the average citizen — but the more insidious (and, I believe, likely intended) effect is to promote public docility;

To persuade us to go along with any and all directives issued by the authorities.

An economy is good only insofar as it satisfies our needs for freedom to enjoy the actuality of living, not valuing profit over life itself. On the physical level, human lives literally depend on the economy; not only for paying the bills and preparing for retirement but for healthcare itself.

With no economy, there is no point in having a good environment. everything in the history of the world created by humans came from the environment.

A “healthy” economy is an indicator of a “healthy” society. They live side by side.

If you think the economy is more important than the environment, try holding your breath while counting your money.” — Guy McPherson.

The cure shouldn’t be worse than the disease. Government handling of any public emergency — if those in power are rational and just — will be balanced with their handling of the economy.

Pope Francis said on Sunday that people are more important than the economy, as countries decide how quickly to reopen their countries from coronavirus lockdowns.

What do you think the economy is?

It is people but unfortunately, with our present system of capitalist economies, people do not benefit equally from its growth. Essential workers versus the unemployed, shareholders versus self-employed, foodbanks versus dialing a meal, the list is endless however without humans, how can we hope to repair anything?

To remove these inequalities is impossible but an economy based on universal basic income for all would allow people to look after themselves rather than state handouts.

Providing inflation was controlled it would go a long way to leveling up.

Instead, the possibility of dictatorial governments using technology data is now on the cards. This fear is exacerbated by the average person’s lack of reflection on just what “the economy” is, and what it means to both individual freedom and the public good.

History has shown us we shouldn’t underestimate the threat to our liberty arising from the government’s response to Covid. There’s no reason to assume that after the pandemic — if there is an “after” — all democratic governments will voluntarily relinquish their newly acquired power.

Sure the government’s first obligation is to ensure people can survive both Climate change and the virus but without the means to change the way we live our lives it will be meanless.

So it’s time for the media to make the cost of human life better understood.

It’s time for the advertising industry to stop promoting consumption for profit.

Either we are really all in this together or we are not.

Of course, together will remain only words till we address the weakness which is at the heart of any nation-state project ( Like the current Vaccination program)

The vast majority are unable to participate because of a lack of compensation, by the capacity ( notably economic) of the capitalist system to ensure that everybody enjoys certain equality of access to material well-being. A Basis Universal income would rectify that.

Modern societies can easily get by without cultural integration, tolerating a situation of competitive pluralism of values without automatically sinking into anarchy feared by the sociological tradition of inequality, if given the means to do so. 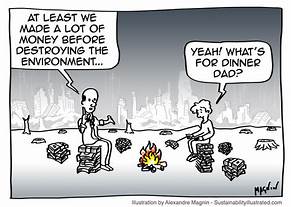 All human comments are appreciated. All like clicks and abuse are chucked in the bin.