All organisms share a few fundamental desires: to survive, to grow.

It is only on the scale of statistics with millions of particles that a particle’s choice shapes up as a predictable radiation half-life. But even individual human wants and desires average out to weirdly predictable laws in aggregate.

If a little one-celled protozoan – a very small package – can have a choice, if a flea has urges, if a starfish has a bias towards certain things, if a mouse can want, then so can the growing, complexifying technological assemblage we have surrounded ourselves with.

Its complexity is approaching the complexity of a microscopic organism.

This tissue consists (so far) of billions of dwellings, millions of factories, billions of hectares of land modified by plant and animal breeding, trillion of motors, thousands of dammed rivers and artificial lakes, hundreds of millions of automobiles coursing along like cells, a quadrillion computer chips, millions of miles of wire, and it consumes 16 terawatts of power and None of these parts operate independently.

No mechanical system can function by itself.

Each bit of technology requires the viability and growth of all the rest of the technology to keep going and there is no communication without the nerves of electricity.

This whole grand system of interrelated and interdependent pieces forms a very primitive organism-like system. Call it the technium as in Dan Brown’s book.

The technium is the sphere of visible technology and intangible organizations that form what we think of as modern culture.

It is the current accumulation of all that humans have created. For the last 1,000 years, this technosphere has grown about 1.5% per year. It marks the difference between our lives now, versus 10,000 years ago.

Our society is as dependent on this technological system as nature itself.

Of course, we humans want certain things from the technium, but at the same time, there is an inherent bias in the technium outside of our wants.

What this means is that when the future trajectory of a particular field of technology is in doubt, “all things being equal” you can guess several things about where it is headed:

The varieties of whatever will increase.

Technologies will start out general in their first version, and specialize over time. We can safely anticipate higher energy efficiency, more compact meaning, and everything getting smarter. All are headed to the ubiquity and free. Over time the fastest moving technology will become more social, more co-dependent, more ecological, more deeply entwined with other technologies. Many technologies require scaffolding tech to be born first. The trend is toward enabling technologies that become tools for inventing new technologies easiest, faster, cheaper.

This is what is suggested in the final chapters of Origin.

The origin of us, the modern humans (Homo sapiens), has been a topic of debate for a long time, with the place of origin of humans being great controversial, but where it is going will be more controversial.

Dan Brown’s book (Origin) advocates that our species has reached or will reach its biological pinnacle in the no so distant future when it will be no longer capable of changing.

Maybe not.  As we are now all so mixed we block evolutionary change and are driving our evolution towards bio-engineer people.

Evolution is the outcome of the interaction of mutation, genetic recombination, chromosomal abnormalities, reproductive isolation, and natural selection.

But it does not mean an improvement in our lot.

At the end of the day, you’re going to view the events in your day the way you want to not the way they truly are.

THE QUESTION HE ASKS IS ARE we’re all going to be small SPECKS on the tablets of history.

Single-celled organisms evolved into more complex multicellular life, and then man gradually evolved from some unknown mammalian ancestor and reached the pinnacle of evolutionary fabric.

The ways we connect, grow, and develop as individuals are also undergoing rapid and profound changes with future generations raising their kids into a world of default connectedness (technological, emotional, cognitive), in which transparency and integrity become the easiest paths to a fulfilling life.

At the moment all arguments are based on the same tenets of Natural selection.

We don’t always have to do what technology wants, but I think we need to begin with what it wants so that we can work with these forces instead of against them.

At the moment we are destroying the planet’s ecosystem.

However, I can imagine singular threads of the future rolling out positive — a massive, continuous, cheap, real-time connection between all humans, or total genetic control over crop plants, or synthetic solar fusion energy — but it is hard to see how all these threads weave into the other threads of climate change, population decrease, habitat loss, human attention overload, robot replacement, and accelerating AI.

Because we have no shared positive vision of tomorrow. Given what is happening today we are unable to imagine it.

Because power and money are transferring to algorithms like BitCoin and thousands of interconnected computers.

Because there is also a belief that life cannot be trusted.

In this stage, blame is placed on other individuals, society, government, nature, disease, etc., and other elements believed to be outside of one’s conscious control and influence. Control is often motivated by fear and survival. The enemy is perceived as a threat, and because of this, people believe they are morally justified to kill, eliminate or repress that enemy.

It is true as our digital trails become stronger and stronger, that Humanity is entering a Transformation Age, a new era of human civilization.

Yes, an inescapable dystopian future is entirely possible, but not inevitable because imagination has been unleashed upon the world in a literal sense.

How the human brain without a chip will evolve over the next million years is anyone’s guess.

Just in case we get it wrong here is the Human code. 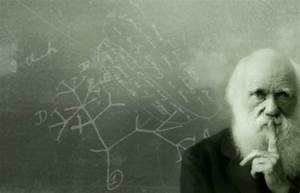