NOW IS THE TIME TO WRITE A CONSTITUTION FOR THE PLANET THAT WE ALL LIVE ON – THE EARTH.

We can observe our Planet from space, but many of us are still not able to see it as a unique and precious miracle of life.

Because most of the declarations like the universal declaration of human rights or the US constitution do not, constitute viable instructions for change: they are rather moral discussion papers, containing much wishful thinking, or a list of flaws people are perceived to commit in their relation to Nature.

Because neither human beings nor culture is independent self-sufficient existences – they are dependent on the Earth.

Only the Earth can be thought of as a relatively independent existence within the Universe.

They depend on the health and prosperity of the biotic assembly that constitutes our Planet.

Because there will be no exit strategy without a healthy Earth.

The relationship between man and Earth up to now has been exploited for profit.

All noble sentiments and efforts to understand and resolve the current crisis while ignoring the splitting of the planet into two opposing systems – Culture and Nature – are doomed to failure.

The currently prevailing anthropocentric vision of the world is incorrect, not only in its details and in its specific arguments, but also in its deepest underlying principles – in short, in its entirety.

Culture is not a continuation of natural evolution by different means.

If it were set as Nature is in biophilia, life-reverencing format, then Culture’s self-activity would grow in a desirable way.

Culture would respect Nature and both systems would co-operate at a new level.

Our world is not only surrounded by junk it is full of junk.

HERE: IS A DRAFT EARTH’S CONSTITUTION. 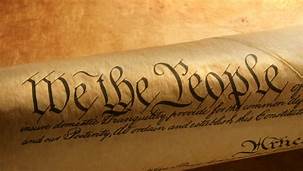 1. New innovations and uses of technology will be an active and integral part of the
international development story going forward. Developing a deeper understanding of how technology can impact development will better prepare everyone for the future, and help all of us drive it in new and positive directions.

2. The link between technology and governance is critical to consider in a better
understanding of how technology could be developed and deployed. The distinction between “developed” and “developing” nations should no longer apply.

4. Governance, in turn, will play a major role in determining what technologies
are developed and who those technologies are intended, and able, to benefit.

5. Transparency allows states to glean insights from massive datasets to vastly improve the management and allocation of financial and environmental resources.

6. All technology must carry a world-recognized seal of safety verifying the authenticity of anything.

But no one was prepared for a world in which large-scale catastrophes would occur with such breathtaking frequency. Not surprisingly, the coronavirus pandemic has put enormous pressure on an already overstressed global economy.

So yes I can hear you saying this will never happen.

How would such a constitution be ratified, by who, at what cost, who will pay?

It can be ratified in the United Nations, passed at the next global climate summit, the cost of not doing so outweighs any alternative, and it can be paid for fairly by placing a world aid commission on all activities that are for-profit sake. ( see the previous post on world aid commission)

As you have seen, each of the scenarios, if it were to unfold, would call for different strategies and have different implications for how a range of organizations will work and relate to changes in technology. But no matter what the world might emerge, there are real choices to be made about what areas and goals to address and how to drive success toward particular objectives.

“Biodiversity is the totality of all inherited variation in the life forms of Earth, of which we are one species. We study and save it to our great benefit. We ignore and degrade it to our great peril.” Wilson, Edward O.

All comments and contributions welcome. All like clicks and abuse chucked in the bin.