In politics, nothing happens by accident.

These days in the higher ethylene of the political world it seems you must be an accomplished liar and not a far-seeing planner to be successful.

With the advent of social media people’s day-to-day exposure to political discussion and disagreement has increased dramatically.

However what is worrying is that technology in the form of social media, the smartphone is continuing to create a contemporary problem that large sections of the public want ‘democracy’ but without the ‘politics.

As a result, were are seeing fake news driving populist politics that has no longterm objectives.

There is nothing new about fake news it has been prevalent down the ages but the days when a lot of us believe that many of the major world events that are shaping our destinies occur because somebody or somebodies have planned them that way are all but disappeared.

However, with the media making very little effort to explain political decisions, rather than just jumping on any perceived gaffe or conflict ‘democracy’ remains an incredibly positive notion.

With the public no longer thinking about the world within the silos of government departments governments need to engage people in solutions rather than top-down ‘vote for us and we’ll provide the answers.

Younger people don’t just copy their parents’ tribal loyalties. Voting is more like shopping, with preferences changing on a quim of twitter on social media.

Unfortunately, our present-day political system has not yet caught up, it offers limited choice. What happens in between elections is for all attentive purposes driven by the smartphone that are monitored by unregulated algorithms owned by you know who.

What is been ignored is that this digital space in all its diversity represents a huge opportunity with the power to engage people in new ways. Online participation in local decision-making is one possibility. This would involve citizens outside election time-.

So we need to understand all the ways people behave and respond in the digital space and set clear and realistic goals for what they hope to accomplish.

However, people are now becoming slow and slower to engage with the internet due to the lack of security/ privacy/and a source of truth.

Because Capitalism is spending billion on digital marketing each year, and for good reason. Digital media has enormous power to reach and influence people. Over 2 billion people—about one-third of the global population—now access the Internet.

We all know if we are to avoid extinction due to climate change which poses real risks to our collective future we need a green energy transformation.

The problem is that behind a veneer of objectivity, Capitalism as always sees an opportunity to make a profit – Carbon Credits for instance, with more and more consumerism products being promoted as good for the environment

With all the political goodwill the transfer to low carbon emission can only be achieved by offering citizens a means to get involved other than protesting.

How can this be done?

To have authentic democracy!

Citizens must be afforded the opportunity to get involved not just politically, but financially by creating Green Energy European Bonds that cannot be traded.

These bonds will allow citizens to regain control over unaccountable ‘technocrats’, complicit politicians and shadowy institutions.

They can be sold like lotto tickets. Forging a common agenda.

Emancipating citizens from all levels of government from bureaucratic and corporate power. Allowing direct investment into shared, green prosperity.

Politics has never been popular and never will be: 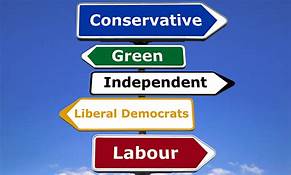 The more disengaged, the less likely that political parties will deliver.

We’re able to measure things in a way that we’ve never been able to measure them before. So why not measure the wealth of a nation by the financial investment support it gets from its citizen’s. Rather than encompassing every possible thing that can go under the rubric of “green.

I suppose my goal here is to propose something vague enough that no one will object to it.

Have you wondered how you got to where you are today?

Is technology taking control of our lives or our destiny?

Communication and leadership are key elements in elections these days

but you can’t sell a bad product, can you?