In a previous post, I asked the above question:

Just who are the European Union dealing with when negotiating England’s withdrawal from the EU?

The EU is negotiating with three separate entities all under the rule of a Monarchy with no written constitution.

1707, Scotland and England join together to form Great Britain

The United Kingdom is just the name given to the union of these countries and it is not a country. 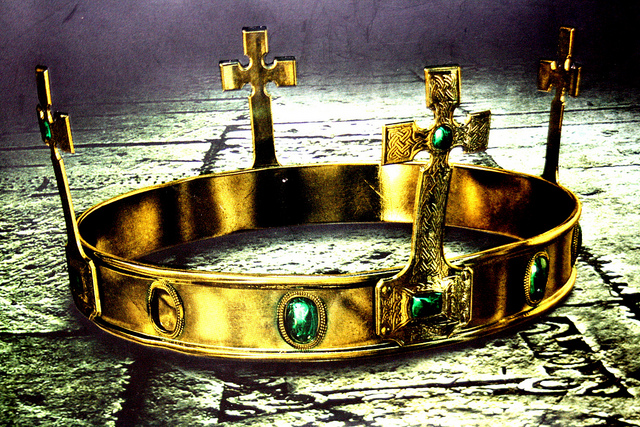 Where are we at the present moment?

The British Constitution can be summed up in eight words:

What the Queen in Parliament enacts is law.

It is a clear fact that Britain has survived very well until now.

Up to date parliament was supreme and can make or break laws. No parliament can bind its successors or be bound by its predecessors.

Fortunately, without a written constution Brexit is exposing a country with an out of date system.

Because a written constitution would offer protection if an extremist came to power and wanted to disregard democratic procedures.

Because unlike the great majority of countries there is no single legal document which sets out in one place the fundamental laws outlining how the state works.

Because without a written constitution, the UK has no Bill of Rights to protect its citizens.

Because without a written constitution the recent ruling by the Uk supreme court is, in fact, replaced the power of Parlement.

In Britain judges are unelected and therefore it is undemocratic to take power away from our elected representatives and give it to judges who tend to be quite reactionary.

There is no specific procedure for changing the law, that is, very important law can be changed by a simple majority. This simply means that the decision-making process is not muted in any way by past legislation.

It is a fact that the UK is a unitary state with Parliament sitting at Westminster is the only body competent to legislate for the UK and all laws in the UK including laws relating to the constitution may be enacted, repealed or amended by the Queen in Parliament.

Since both monarchy and democracy are important forms of government one should know the difference between the two.

Also, there are different types of monarchy such as absolute monarchy, constitutional monarchy, as well as an elective monarchy and hereditary monarchy.

In a monarchy, it is the monarch, who is the head of state. Unless the monarch dies or someone overthrows the monarch, he or she remains as the ruler as long as he or she lives. This monarch can be a King, Queen, Prince or Princess.

It is very important to know that the individuals from the heritage and bloodline get the power and position in the case of a monarchy.

The constitution of the United Kingdom is the system of rules that shapes the political governance of the country. It is not contained in a single code but principles have emerged over the centuries from statute, case law, political conventions and social consensus.

England with a constitutional monarchy is a democratic government that consists of a constitution and a monarch who functions as a non-party political head of state within the limits set by the constitution, written or unwritten.

The current monarch Queen Elizabeth II is by tradition, commander-in-chief of the British Armed Forces with her powers being limited to non-partisan functions such as appointing the prime minister and bestowing honours.

The monarch does not set public policy or choose political leaders although they may hold certain reserved powers. When it comes to decision making in a monarchy, the monarch is the law. That means what the monarch decides as justice is justice, even when it is not so. Moreover, a monarchy is different in the sense that the monarch is not restricted by law as he or she is the one who frames the law in the land.

In a hereditary monarchy, the position of monarch is inherited by one’s relatives according to the customary order of succession. Countries such as the United Kingdom and Thailand are examples of constitutional monarchies.

Britain Her Majesty’s Government is the core of its Westminster-style parliamentary democracy and federalism.

This twin status is only avaible and achievable when there is no written constitution.

All compounded by First Past the post-election system which results in Governments being elected on a minority of votes cast. Meaning those in government who are making all the decision does not represent the opinions of the majority of the country.

Without a written constitution all of this is leading to doubts about democratic legitimacy with political disengagement.

Is the Supreme court now able to rule that Britain Taken Into The EU Illegally?

Is it now necessary that a general election or referendum must take place before any related parliamentary debate on any deal in or out?

What would happen if the court repealed the Scotland Act? to stop Scotland

from leaving the Union.

What would happen if Boris Johnson signes an agreement and the Supreme Court overrules it?

You could argue that England problems is now that it doesn’t have strict rules that need a public referendum to be changed. People verses Parlement.

All human comments appreciated. All like clicks and abuse chuked in the bin.