Capitalism and Greed, Capitalism vs. the Climate., Climate change, Coronavirus (COVID-19), Distribution of wealth, Extinction, Inequility, Technology, The Future of Mankind, Visions of the future.

We, humans, live on an ecologically fragile planet with limited resources that must be sustained for future generations we must move humanity to an alternative world system — one committed to social justice, deep democracy, environmental sustainability, a safe climate, and planetary health. 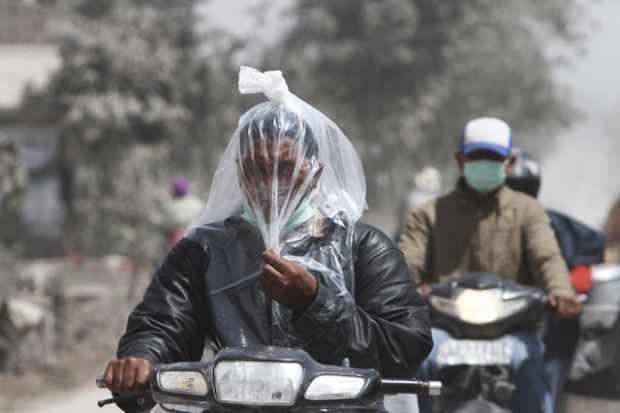 The COVID-19 pandemic contains the fuel for social change – verbal with little imagination as to what to change.

History tells us that social changes can occur quickly once economic, political, social structural, and environmental conditions have reached a tipping point.

Humanity is now obviously at a crossroads or perhaps several crossroads: one is business-as-usual which is sure to result in dystopia; another is a shift to some variant of green capitalism, which is gaining considerable support; and finally an eco-socialist vision that, while muted at this time, will hopefully become stronger as the need for it becomes more apparent to the mass of humanity.

Thanks to Covid -19  the world is off-balance – and it will remain so for years to come.

Far from settling into a ‘new normal’, we should expect a COVID-19 domino effect, triggering further disruptions – positive as well as negative ­– over the decade ahead.

It has underscored the interconnectedness of our natural, social and economic systems, and provided a stark reminder of the scale of systemic risks that can build up when we allow weaknesses and negative impacts to accumulate over time.

Continuation on the current pathway will, over time, only lead to deeper and deeper crises, including an ever-escalating climate change crisis, the result of growing greenhouse emissions spewed by the capitalist treadmill of production and consumption.

Combating both climate change and global capitalism go hand-in-hand however the raw truth is that Capitalism will certainly not consciously permit the eventual demise of global capitalism and the emergence of an ecosocialist world system promoted by many.

In previous posts, I have advocated that without funding all alternatives will fail whether they are green capitalism and existing climate regimes, including the United Nations Framework on Climate Change, which is not sufficient to mitigate climate change in any serious way.

How can we expect the system that created the problem to solve the problem?

Despite the daunting difficulties that much of humanity currently faces, and will continue to face over the course of this century capitalism today continues unabated to pump Co2 into the atmosphere and will continue to do so after the Climate Summit this year in Scotland.  (By the deadline of December 31, 2020, only 70 out of 192 countries had presented their new Nationally Determined Contributions (NDCs): the individual commitments made to fight against climate change.)

One doesn’t have to have to be a delegate to this summit to know that if we manage to get on top of the current Pandemic which is bleeding the coffers of countries endeavoring to save their economies the emissions will triple on returning to anything that looks like normal.

Of course, we will be told that we have learned the lesson that Green is the way forward.  It is true to say that the construction of ecosocialism needs to be based upon a commitment to a long-term sustainable balance between sociocultural systems and the natural environment but it is also true to say that the capitalist world system continues to self-destruct due to its exploitative, oppressive, socially unjust, and environmentally unsustainable practices – this will continue with artificial intelligence to plunder the earth for a profit with machining mining called data, fed to machine unregulated algorithm, making us all but powerless.

Ecosocialism constitutes a vision against the mal-distribution of resources on a global scale that capitalism produces is bound to keep alive, notions of social justice and equality, deep democracy, and socialism in oppressed classes.

It is only by spreading the cost of change fairly that we can reinvent capitalism.

We could adopt a universal wage and let people fend for themselves but this won’t change our habits.

It is time to envision future scenarios and strategies for achieving an alternative world system.

Once again here’s how.

Because we live in different cultures, transparency is vital to address the main problem –  Inequality in all its forms.

To do this the cost of change has to be spread fairly.

This can only be achieved by making a profit for profit sake contribute.

The UN is now relied upon by the international community to coordinate humanitarian relief operations due to natural and man-made disasters in areas beyond the relief capacity of national authorities alone.

We currently have the technology that maximizes profit and future profit, like high-frequency trading that runs 90% of world stock exchanges.

THERE IS NO REASON NOT TO PLACE A WORLD AID COMMISSION OF 0.05% ON ALL ACTIVITIES THAT ARE NOT SUSTAINABLE TO CREATE A PERPETUAL FUND TO TACKLE CLIMATE CHANGE AND OTHER PRESSING WORLD PROBLEMS.

ALL OF ITS AID WOULD BE GRANTED NON-REPAYABLE.

THIS FUND COULD BE ADMINISTERED BY ELECTED MEMBERS.

ALL PROJECTS OTHER THAN DISASTER RELIEF WOULD BE SUBJECT TO APPROVAL AGAINST A WRITTEN EARTH CONSTITUTION THAT TRULY ALIGNS MARKETS WITH THE NATURAL, SOCIAL AND ECONOMIC SYSTEMS ON WHICH WE ALL DEPEND.

It is about building real resilience, driving equitable and sustainable growth, and reinventing capitalism itself.

PROJECTS THAT MEET THE REQUIRED PERMATERS WOULD THEN BE ELIGIBLE FOR FUNDING.

TO AVOID CORRUPTION AND LOBBYING ALL APPROVED PROJECTS ARE PLACED IN A TELEVISED YEARY DRAW.

Here is a suggestion that could be funded.

Marketers use labeling for their products to bring identification to impart information to the consumer about the product.  They allow customers to know about the item and give necessary messages including ingredients, instructions, and uses.

Why not their carbon footprint with a symbol showing their contribution to Carbon emissions.

Human and nonhuman, have a natural right to sustenance.

( See the previous posts on a world aid commission.)

All human comments and imagination appreciated. All like clicks and abuse chucked in the bin.