While the pandemic continues to turn the world upside down, new realizations are beginning to dawn on us, there’s no going back to normality. 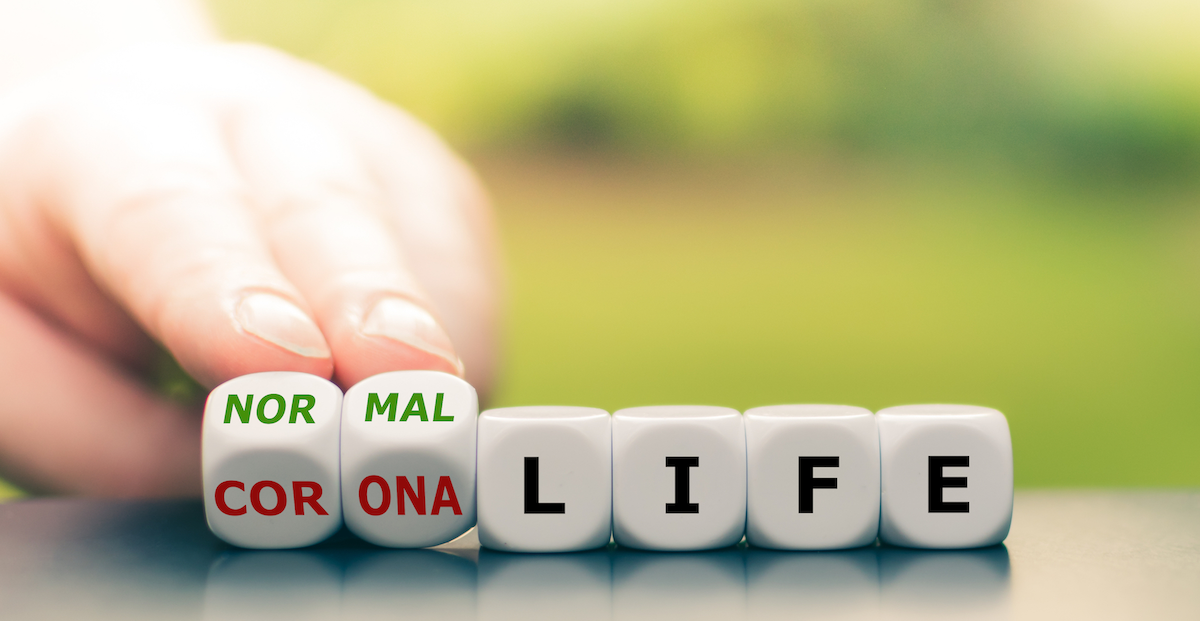 There is no doubt that we are getting close to the “new abnormal”.

We are all in this together and no one really knows what the future holds but you only have to look at the advertising industry to see what is coming.

We are now in a digital dance in which the use of surveillance and testing to find and control outbreaks will eventually determine who gets to make or earn a living or not.

Under the cloak of preventing the virus from spreading governments are either already deploying, or actively considering, surveillance technology of such intrusiveness that it would have caused outrage and furious protests even a month ago.

As the human and economic impact unfold, how massive this change will become is still unclear.

Indeed, it is a real question as to whether normal or abnormal can be sensibly used at all, given their tremendous baggage and built-in biases and the general confusion they create.

However, there are a few new norms becoming clearer.

The current devastating pandemic is likely to happen again and again and the digital dance to avoid the next outbreak will not be to the tune of governments, but two powerful global corporations laying down the law to territorial sovereigns and restructuring the economic order.

Whole industries grossing billions of dollars are built on the words “normal” and “abnormal” and on the ideas of “well” and “disordered.”

It is therefore inconceivable that the right thing can be done and that the situation can change. Given that even the best and the brightest in the field of advertising are attached to an illegitimate naming game, from Bio this and Bio that there is probably no hope for change other than COVID free.

Add the coming World economic depression, with unemployment and climate migration one thing is clear, slowing the pace of climate change and adapting to its impacts, must become a central organizing principle of society at all levels, from local to global through national and regional.

The declarations of climate emergency must start meaning that, rather than being just an additional agenda item for busy executives and politicians.

Because climate change and the erosion of wildlife habitats will ensure a ready supply of zoonotic viruses.

Up to now, the emphasis is on lifting the lockdown has centered solely on the necessity of bringing the economy out of its cryogenic chamber to take in the world it has inherited.

We’re all online now, new conformity which is developing a serious digital divide between the young and older generations. And if the impact of Covid19 is another step in the collapse of modern societies, then it is likely it will have been another climate-driven step in that collapse.

The new normal, in other words, change what was wrong but keeps what was right with the old normal.

But if the old normal was wrong, then why did we call it normal?

The word “normal” appears straightforward enough it possesses a certain kind of authority or “power to divide and distinguish things” since a person’s mental model of “what is normal?” is tremendously influenced by how society and its institutions define “normal.”

But like many of our words, as soon as we begin thinking about it, it starts to fall apart at the seams. The fact with which we started our process of categorization becomes the standard or norm, and everything that diverges from that norm is not just different but abnormal and therefore less than normal.

Our concept of normal pulls double duty; it tells us that what is, ought to be.

Nor can it mean “free of discomfort,” as if “normal” were the equivalent of oblivious.

Normality forces upon us are that “in most cases, no formal rules or standards indicate what conditions are normal” In the absence of such rules, those who wish to identify normality will normally turn to one of three different definitions.

The first is the statistical view, “where ‘the normal’ is whatever trait most people in a group display”. Normal is what is typical, what most people do – which means it is impossible for any individual to be normal.

Second, the norm provided a concrete standard that, if followed, allowed the user to reproduce a specific pattern. Normal-as-ideal, then, might be in harmony with normal-as-ubiquitous, but it might be quite different.

What is normal for a human being, then, are all those behaviors that make it fit to thrive in its particular niche. The capacity to feel shame when betraying a loved one is normal in this scheme, as is the desire for one’s offspring to survive.

When it comes to defining normality, we start with what we think is normal before even considering what is abnormal with all three above end up sliding into each.

The new normal will mean that most of us will go back to most of what we were doing before the pandemic struck (1), but that our societies will make changes for the better (2), which will end up being good for the survival of our communities (3).

The question, then, is why would you use the word “normal” at all?

Normal is safe. It’s familiar. In the face of fear, people long to go back to a time before the fear set in.

Covid-19 causes us to experience a great deal of anxiety, and then we imagine a carefree time before these feelings set in. We don’t begin with normality and then categorize those instances where it is transgressed.

If we begin with all of those things that we instinctively feel are “abnormal” and then try to find comfort by erecting a norm that resolves our anxieties. We then locate this norm “in the past”, which gives us the benefit of claiming the norm as our own. This, after all, may seem easier to attain than one that requires all the hard work of creation.

It is not something we need to build from scratch; all that is necessary is that we return home to it.

We will all continue to face daunting challenges for which we are not prepared. Modern medicine, as advanced as it is, is still, in the grand scheme of things, relatively young.

We’re not sure what exactly the future will look like – which is why we prefer to discuss it in the familiar terms of the good ole’ days – but we know that it’s coming to greet us.

Bergson used the term élan vital to describe the mysterious impulse toward an open future that seems to animate all life. In fact, this impulse is what life is. Life, says Bergson, “since its origins, has been the continuation of one and the same impetus which separates itself into diverging lines of evolution”.

If we are careful two huge tech companies that control mobile phone technology will enable governments to build and deploy proximity-tracking apps on every smartphone in the world.

Your online appointments for everything IS JUST AROUND THE CORNER.

Here is a shortlist of Normal abnormalities in the world.

A strong economy in a nation doesn’t mean much when a significant percentage (even a majority) of the population is struggling to survive.

Thinking about it, I much prefer the new COVID-19 normal, as I am certain you do too. After all, it has, in some bizarre way, opened our eyes to the infinite treasures that lie within us and in front of us, that we may have been too numb to notice until now.

What was once the unknown and frightening becomes your new normal.

We can make the new normal any way we want providing we make it GREEN.

If “the new normal” means giving up to technology then THE NEW NORMAL MUST BE REJECTED WITH EXTREME PREJUDICE.

These temporary measures are just that; temporary. They need to be observed, but NOT FOREVER. New normal or not, every day really is a miracle.

The new normal that activity tracks your steps, whether you are black or white, rich or poor, left or right-wing, gay or straight, Muslim or other, Facebook or Twitter, contaminated or not, is irrelevant to living life and appreciating the world we all live on.

It’s the powerful combination of humanity and values that count. We are living in a world of continuous change “Technology Rules The World.”

The new norm requires that we consider our systems as a platform for scaling value.

An investment that needs to be made by leadership. The time has passed for small commitments, hyperbole, and delays in embracing sustainable investing.