Should we worry about the rise of artificial intelligence or celebrate it?

Both is the answer.

We all inhabit this new regime of digital data but we don’t all inhabit it in the same way and the pursuit of rapid growth by way of technology won’t solve the huge challenges we face.

A more honest, humane approach is the answer.

If you believe the hype, technology is going to help us end global poverty, that’s easier said than done in a world where most product innovations are geared toward the rich.

The prospect of billions rising up from poverty with nothing more than gadgets is indeed a fanciful notion. This is because poverty is entirely a man-made creation. Capitalism is driven by greed, generating a power structure, which moves wealth disproportionately into the hands of the few.

But why are our societies becoming increasingly unequal, and what can we (or should we) do about it? 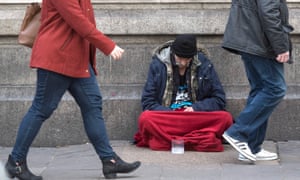 Forget where science ends and ideology begins it is the mechanisms behind the persistence of poverty that counts.

We often believe that our digital decision-making tools, like algorithms or artificial intelligence or integrated databases, are more objective and more neutral than human beings.

We are building not just ill-conceived mathematical models now micromanage the economy, from advertising to prisons but also hiding the profit of multinational companies in the cloud.

We are building:  A DIGITAL POOR HOUSE.

Even though we live in a hyperconnected world we are watching inequality exploding as we walk past people on the street looking at our smartphones.

The spreading of these kinds of systems is now way beyond just the public service systems that they’re in now. For example, high-frequency trading algorithms that run 99.9% of the world stock exchanges are plundering not just finite resources they are jeopardising our peaceful existence.

Feel free to ignore the weight of the evidence that is now becoming crystal-clear, so stark, that the trade-off of the growth of the economy and the survival of the planet are now intertwined. So we have to go into a mode where we are first educating the people about what’s causing this inequality and acknowledging that technology is part of that cost, and then society has to decide how to proceed.

Deep cultural and political changes are needed in order to think through these technologies in order to get to better systems.

This should apply to all technology – nanotechnology, biotech.

I also really believe we need to stop using these systems to avoid some of the most pressing moral and political dilemmas of our time, which is not just poverty but racism.

Unfortunately, we have Profit-seeking Algorithms that have no moral or ethical bases.

Algorithms — a set of steps computers follow to accomplish a task — are used in our daily digital lives to do everything from making airline reservations to searching the web. They are also increasingly being used in public services, such as systems that decide which homeless person gets housing.

AI with faceless algorithms is worsening the effects and concentrating the power of the wealthy. They are likely to dramatically increase income disparity, perhaps more so than other technologies that have come about recently.

Digital innovation in the form of profit-seeking algorithms that it’s not just going to be benefitting a small fraction of the world’s population, or just a few large corporations. is reinforcing, rather than improving, inequality.

Institutions have embraced digital technologies they are outsourcing the decision to a machine to cut costs avoiding the human costs. They say, “We have this incredible overwhelming need. We don’t have enough resources, so we have to use these systems to make these incredibly difficult decisions.”

If all the resources are automated, then who actually controls the automation?

Is it every one or is it a few select people?

My great fear with these systems is we’re actually using them as a kind of empathy override, meaning that we are struggling with questions that are almost impossible for human beings to make.

We’re smuggling moral and political assumptions into them about who should share in prosperity.

There’s already an expectation that people will be forced to trade one of their human rights, like their information or their privacy, for another human right.

The economic prosperity created by AI should be shared broadly, to benefit all of humanity otherwise they will lead to an even greater disparity between the wealthy and the rest of the world.

If AI takes away people’s jobs and only leaves wealth in the hands of those people owning the robots, then that’s going to exacerbate some trends that are already happening.

People now with “predictive data” have real concerns about informed consent. About how their data is being shared, whether it’s legal and whether it’s morally right.

Because it is impossible to work out why the algorithms had gone against them, or to find a human caseworker to override the decision.

How can we change the societal mindset that currently discourages a greater sharing of wealth? Or is that even a change we should consider?

We’re using these technologies to avoid important political decisions. Exacerbating the divides between the developed and developing world, and the haves and have nots in our society.

The change will only occur when policymakers and voters understand the true scale of the problem. This is hard when we live in an era that likes to celebrate digitisation — and where the elites are usually shielded from the consequences of those algorithms.

Restoring human dignity to its central place has the potential to set off a profound rethinking of economic priorities and the ways in which societies care for their members, particularly when they are in need. If enough of us want to change the status quo for good, then with our collective creativity, with our hunger to solve really hard problems, we will find technology an incredibly powerful tool in our arsenal.

Technology can only help us if we chose to make the best use of it.

Computing has long been perceived to be a culture-free zone — this needs to change.

Today more people have access to a cell phone than a toilet.

I use that metaphor specifically because I think that these systems, although we talk about them often as disruptors, are really more intensifiers and amplifiers of processes that have been with us for a long time, at least since the 1800s.

At a time of unprecedented global challenges platforms like Google Facebook, Twitter and there like must be made to use the power of their platforms to stop the DIGITAL POOR HOUSE instead of hoarding profits with profit-seeking algorithms.

If not because bias has been a historical norm, it because us the users of your platform will develop self-defence.

So, next time if you think AI is not affecting you, take out your smartphone.

If Twitter’s not your choice of poison, maybe it’s Facebook or Instagram, or Snapchat or any of the myriad of social media apps out there they are all affecting your decisions and our lifestyles every day.

They are all tailored according to what we are likely to respond to. specifically designed to attract the attention of its members – and so inevitably to confirm them in their opinions and prejudices,  with several extra bills to pay in order to remain a normal citizen.

Its a ‘mean’ not the ultimate solution.

AI has become so successful in determining our interests and serving us ads that the global digital ad industry has crossed trillions.