British elections are decided using what is known as the First Past the Post (abbreviated FPTP, 1stP, 1PTP or FPP) voting system.

Along with no written constitution, it is the primary cause of all Britain’s dysfunction.

You would think that a General Election is how the British public decide who they want to represent them in Parliament and ultimately run the country.

First past the post is a voting system designed to keep the electorate/country under the control of a two-party dictatorship while giving the delusion of democracy.

The candidate with the most votes in each constituency wins and becomes the MP for that seat. All other votes are disregarded.

As there is only one candidate from each party, voters who support that party but don’t like their candidate have to either vote for a party they don’t support or a candidate they don’t like. This means the number of MPs a party has in parliament rarely matches their popularity with the public.

Westminster’s voting system creates two sorts of areas. ‘Safe seats’, with such a low chance of changing hands that there is no point in campaigning, and ‘swing seats’, that could change hands.

Voters who live in safe seats can feel ignored by politicians. The more candidates with a chance of getting elected the fewer votes the winner needs.

Under Westminster’s First Past the Post system it is common for constituencies to elect MPs that more than half the voters didn’t want.

As the number of MPs a party gets doesn’t match their level of support with the public, it can be hard for the public to hold the government to account.

To combat this, voters try to second-guess the results.

If a voter thinks their favourite candidate can’t win, they may vote for one with the best chance of stopping a candidate they dislike from winning.

Democracy is the political system where the government represents the will of the people. There never has been a perfect democracy, there are only degrees of approximation, and democracy goes far beyond discussion of the voting system. Nevertheless, the voting system is an important element in shaping a democracy, and First Past the Post (FPTP) is woefully inadequate in expressing the will of the people because the vote never gets beyond the constituency boundary.

Worse still, a Government can be elected on the basis of 33% of votes cast, but considering turnout, this falls to 22% of those entitled to vote.

22%! One in five!! Yet idiot conservatives of right and left still defend FPTP.

Words fail to describe such a form of democracy.

First past the post (FPTP) is the first step to full radical reform in the UK.

It is time to change the system. 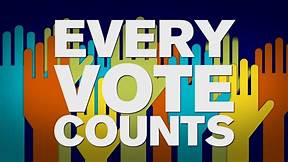 Most countries around the world use proportional voting systems – a party winning half the vote would win half the seats in parliament.

All comments appreciated. All like clicks and abuse chucked in the bin.