Technology is not neutral or apolitical.

So information may very well come to succeed capital as a central theoretical concept for political and social philosophy.

The retrieval systems of the future are not going to retrieve facts but points of view.

However, the weakness of databases is that they let you retrieve facts, while the strength of our culture over the past several hundred years has been our ability to take on multiple points of view.

The question is, will new technologies speed the collapse of closed societies and favour the spread of open ones. The information revolution empowers individuals, favours open societies, and portends a worldwide triumph for democracy—may not hold up as times change.

The revolution in global communications will forces all nations to reconsider traditional ways of thinking about national sovereignty.

We are witnessing this happing already with the rise of popularism – Election of Donal Trump and Boris Johnston, but the tools that a society uses to create and maintain itself are as central to human life as a hive is to bee life. However, mere tools aren’t enough. The tools are simply a way of channelling existing motivation.

The influence in the information age is indeed proving to revolve around symbolic politics and media-savvy — the ‘soft power’ aspects of influence.

The information revolution may well enable hybrid systems to take the form that does not fit standard distinctions between democracy and totalitarianism.  In these systems, part of the populace may be empowered to act more democratically than ever, but other parts may be subjected to new techniques of surveillance and control.

Technology with algorithms are leading to new hybrid amalgams of democratic and authoritarian tendencies, often in the same country, like China that is building a vast new sensory apparatus for watching what is happening in their own societies and around the world.

The new revolution in communications makes possible both an intense degree of centralization of power if the society decides to use it in that way, and large decentralization because of the multiplicity, diversity, and cheapness of the modes of communication.

Of all the uses to which the new technologies are being put, this may become one of the most important for the future of the state and its relationship to society.

So are we beginning to see the end of democracy and the beginning of Cyberocracy?

Crime and terrorism are impelling new installations for watching cityscapes, monitoring communications, and mapping potential hotspots, but sensor networks are also being deployed for early warning and rapid response regarding many other concerns — disease outbreaks, forest protection.

However, the existence of democracy does not assure that the new technology will strengthen democratic tendencies and be used as a force for good rather than evil.

The new technology may be a double-edged sword even in a democracy.

To this end, far from favouring democracy or totalitarianism, Cyberocracy may facilitate more advanced forms of both. It seems as likely to foster further divergence as convergence, and divergence has been as much the historical rule as convergence.

Citizens’ concerns about top-down surveillance may be countered by bottom-up “sousveillance” (or inverse surveillance), particularly if individuals wear personal devices for detecting and recording what is occurring in their vicinity.

One way or the other Cyberocracy will be a product of the information revolution, and it may slowly but radically affect who rules, how and why. That is, information and its control will become a dominant source of power, as a natural next step in political evolution.

Surplus information or monopoly information that is concentrated, guarded, and exploited for privileged economic and political purposes could and WILL most likely lead to Governance by social media platforms owned by Microsoft/ Apple/ Google/ Facebook/ Twitter.

When we change the way we communicate, we change society.

The structure may be more open, the process more fluid, and the conventions redefined; but a hierarchy must still exist.

The history of previous technologies demonstrates that early in the life of new technology, people are likely to emphasize the efficiency effects and underestimate or overlook potential social system effects.

The major impact will probably be felt in terms of the organization and behaviour of the modern bureaucratic state.

The hierarchical structuring of bureaucracies into offices, departments, and lines of authority may confound the flow of information that may be needed to deal with complex issues in today’s increasingly interconnected world.

Bureaucracy depends on going through channels and keeping the information in bounds; in contrast, Cyberocracy may place a premium on gaining information from any source, public or private. Technocracy emphasizes ‘hard’ quantitative and econometric skills, like programming and budgeting methodologies; in contrast, a Cyberocracy may bring a new emphasis on ‘soft’ symbolic, cultural, and psychological dimensions of policymaking and public opinion.

Why will any of this happen?

Some may, but many may not. Governments [particularly repressive regimes] may not have the organizational flexibility and options that corporations have.

There is no doubt that the evolution of network forms of organization and related doctrines, strategies, and technologies will attract government policymakers, business leaders, and civil society actors to create myriad new mechanisms for communication, coordination, and collaboration spanning all levels of governance.

However, states, not to mention societies as a whole, cannot endure without hierarchies.

In the information-age government may well undergo ‘reinventing’ and be made flatter, more networked, decentralized, etc.—but it will still have a hierarchy at its core.” As the state relinquished the control of commercial activities to private companies, both the nation and the state became stronger.  Likewise, as the social sector expands and activities are transferred to it, the state should again emerge with a new kind of strength, even though it loses some scope in some areas.

A central understanding of the big picture that enhances the management of complexity is now needed more than ever.

I watching a TV programme the other night and during the Ads I overheard a promotion by you know who promoting the iPad as the new pacifier for babies and toddlers.

Unbeknownst to most of us, an invisible, game-changing transformation links everyone in this picture: The neuronal circuit that underlies the brain’s ability to read is subtly, rapidly changing – a change with implications for everyone from the pre-reading toddler to the expert adult.

Is technology makes us weaker socially, physically, and mentally lazier?

Is the digital age making our minds weaker and deep thinking impossible?

How many hours do you spend hopelessly scrolling on the internet?

There is not a handful of societies that are, slowly and painfully, evolving institutions and behaviours that allow people to escape these ills on a broad front and if we continue to rely on technology, we will reverse all the progress we have worked so hard to achieve.

The answer to the above is in how we use technology by understanding all of the ethical implications technology can have- the ethical dilemmas of automation and surveillance are only beginning to surface.

Across the free world, the rise of populism and the decline of open debate is stressing our traditional democratic and societal institutions.

With every new release of technology, we become less physically active and more reliant on a screen, fearing that one day we will be the space humans in Wall-E who hover around on chairs, the epitome of laziness.

So anyone hoping to improve their mind both psychologically and cognitively might want to think about taking up the habit of regular reading.

Books can take you anywhere you want to go, exposing you to so many wonderful things.

When you are reading, you are focusing on and concentrating on one thing. You are using your memory muscle.

Technology cannot (yet) harm anyone by itself but it is worsening our ability to socialize directly with other people.

Who really wins and who loses before the Information Age has truly “come of age.”

In this “revolution” of information delivery, what is happening?

Reading to your children helps build a bond and open up communication. It is another way of showing them, love. Your child’s language skills and literacy depend on you talking and reading to them.

Digital delivery is truly revolutionizing how we get our information but not how to decipher it.

In short, the reader is turning to the Internet with Skim reading.

The result is to scatter our attention and diffuse our concentration. This trend is likely to continue for decades to come.

In the end, it should not be a surprise that so many cannot make it through three or four paragraphs before turning their attention to something else.

It is not just the Internet itself causing this shift in our behaviour. It is modern technology—computers, smartphones, software, etc.

In the name of efficiency, human beings are losing their ability to set aside hours to simply read without distraction.

Until the last century, no one ever spent one minute in front of a television, computer or on a smartphone or iPad. Back then People had time to mentally digest—to think and analyze.

These days when one attempts to read a long article or book there is an uncomfortable sense that someone, or something, has been tinkering with your brain, remapping the neural circuitry, reprogramming the memory.

What will be the long-term effects of such social behaviour?

What will happen to the children and teenagers of today who have even fewer occasions to read and think?

Will a large enough foundation be built for our children to make correct decisions?

What about your future?

Deep reading processes may be under threat as we move into digital-based modes of reading.

We don’t have time to grasp complexity, to understand another’s feelings or

Skim reading is a new normal and the effects on society are profound.

Set aside time to think and read and you will be investing in your future.

We need a new literacy for the digital age.

This is not a simple, binary issue of print vs digital reading and technological innovation.

It is about how we all have begun to read on any medium and how that changes not only what we read, but also the purposes for why we read.

A great deal hangs on it:

The ability of citizens in a vibrant democracy to try on other perspectives and discern the truth; The capacity of our children and grandchildren to appreciate and create beauty; and the ability in ourselves to go beyond our present glut of information to reach the knowledge and wisdom necessary to sustain a good society.

In this hinge moment between print and digital cultures, society needs to confront what is diminishing in the expert reading circuit, what our children and older students are not developing, and what we can do about it.

The potential inability of large numbers of students to read with a level of critical analysis sufficient to comprehend the complexity of thought and argument found in more demanding texts, whether in literature and science in college or in wills, contracts and the deliberately confusing public referendum questions citizens encounter in the voting booth.

The whole point of technology is a convenience, not a dumbing down. 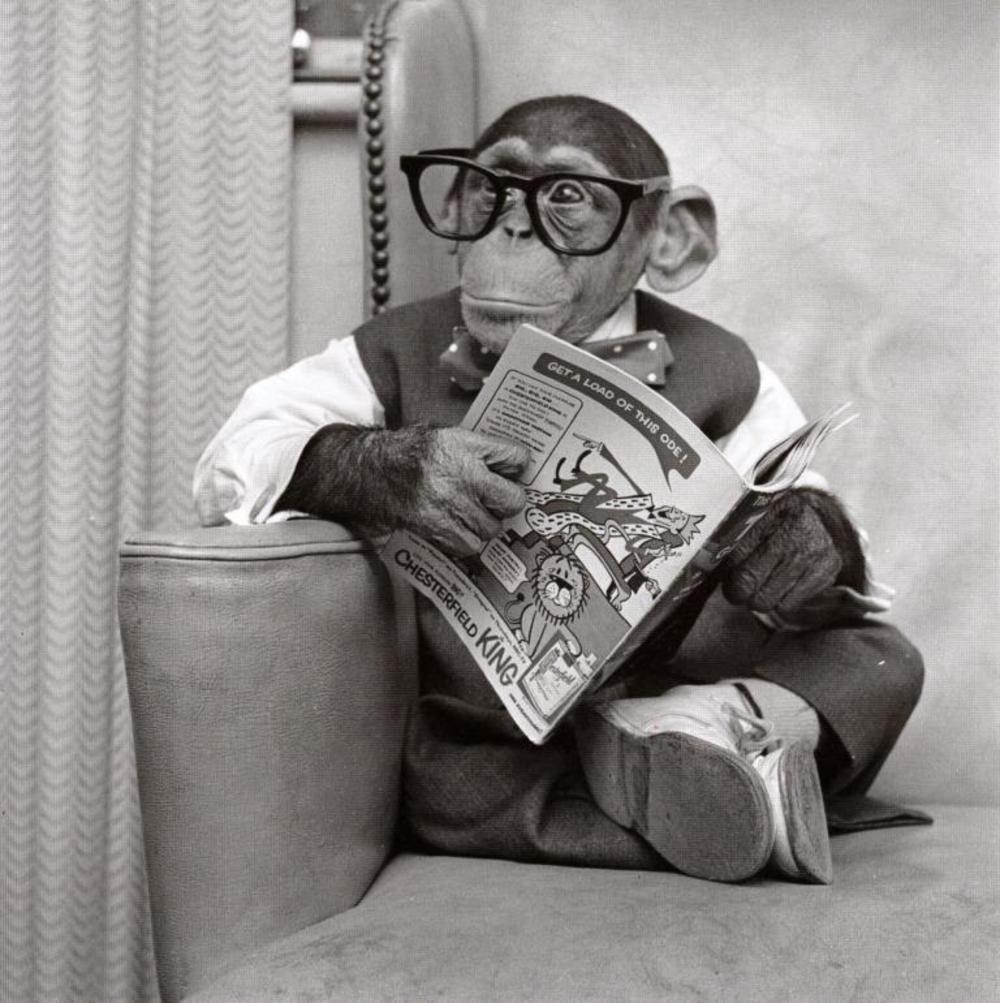 Footnote: In order to have your blog read it appears that if it does not have a read time it is just skimmed.