I don’t know if like me you are getting sick to death of hearing and reading the following phrases:

WE NEED TO. WE VALUE YOUR PRIVACY, WHAT LESSON SHOULD WE LEARN. LET ME BE VERY CLEAR. 110 PERCENT.  ETC.

Unfortunately, we treat the future like a distant colonial outpost devoid of people where we can dump ecological degradation, technological risk, nuclear waste, and the public debt, and that we feel at liberty to plunder as we please.

If you have a young child, she or he will likely talk to computers — naturally, as he or she does with you — for the rest of his or her life and the computer will not need to or learn lessons.

We are standing on the precipice of life-altering technologies, but unable to break free from a continuous cycle of surprise and fear because we can’t come together to address collectively the existing problems not to mention what is awaiting us all down the road.

Global warming is the greatest existential challenge of our age, requiring massive societal changes to mitigate and adapt to it.

However, there is another threat that is being ignored to our peril.

With politicians (the vast majority of whom do not have any background in science or technology) unable to look past the next election, making important policy decisions with little regard to how they will affect the planet and country 20, 50, or 100 years from now.

This is why Governments need to set up a Department for the Future, depoliticized technology and science.

The citizens of tomorrow are granted no rights. There are no government departments or world organization bodies to represent their concerns or potential views on decisions today that will undoubtedly affect their lives.

The world is presently experiencing a new form of colonization not by wars but by Digital Data, combined with climate change.

This colonization is presently happing between China and the USA.

The “Digital Divide,” is the gulf between those with access to both the necessary technology and the information accessible with it and those who do not.

The immediate concern is that those with the technology will acquire the necessary skills for the twenty-first century and those without will not, further widening the economic chasm between the lower-income strata and those who manage the data.

Technology has an obsoleting impact on those without the proper skills and, with the speed at which the technology changes, it is very difficult – near impossible for some – to keep current.

This will become even more of a concern when the wealthier private and public school systems began to acquire personal computer networks and internet connections while schools in poorer neighborhoods will not.

Those who grow up with technology assimilate it into themselves;

There will constantly be new tools – the cloud, big data, location analysis, etc. – and ones of which we have not yet heard.

In A Data-Driven World, it will be too late unless we establish an organization

that can understand the context of all Future interactions.

Those who do not embrace them may be ambushed by them and by a younger generation pushing them out the door. 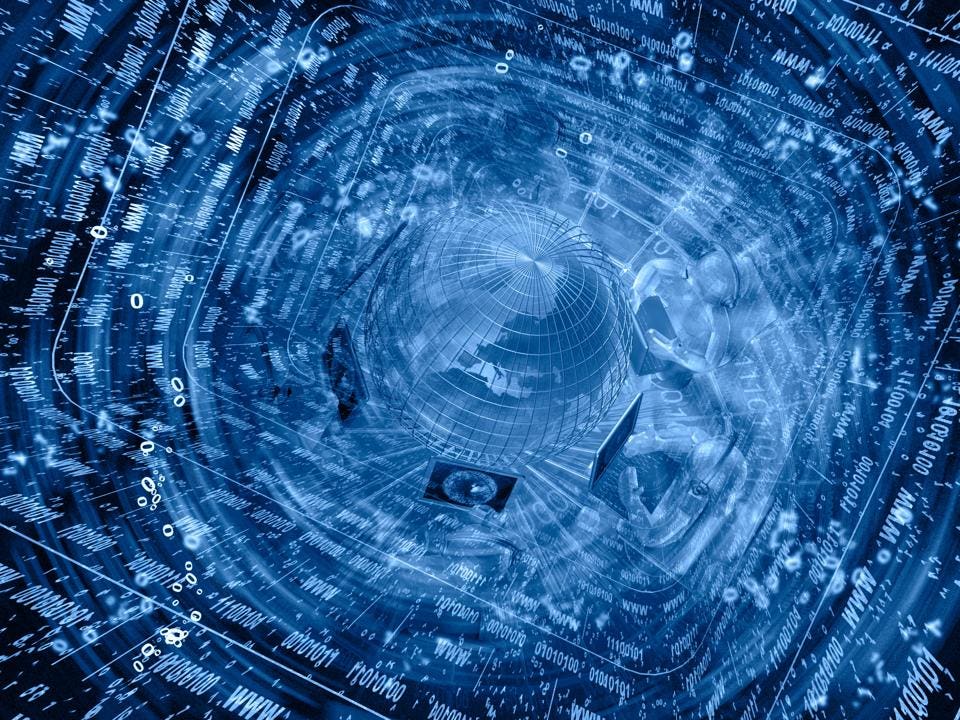 When it comes to Robots.

The Three Laws are:

By Isaac Asimov in his 1942 short story “Runaround.”

All human comments are appreciated. All like clicks and abuse chucked in the