Climate change, The Future of Mankind, Visions of the future.

With the current frangible condition of the world the question is, should we be focussing more on local and community resilience rather than trying to address climate change on a world scale.

Of course it is only natural that all of us look to ourselves but  “The economy comes first,” seems to make less and less sense.

This time is undoubtedly critical, to decide on our definitions of economy or wealth?

What, indeed, is most precious to us?

Covid, of course, may have shifted the landscape, not necessarily of our wants, but of the possibilities available to us, and how we order our list of priorities.

Taking account of the increased threats to global stability posed by “a nuclear blunder”, aggravated by the gradient of climate change and combine this with technologies that are wreaking the cultural web of civilization, as the loss of biodiversity begins to fracture the web of the biosphere, with consequences that are both wholesale and probably irredeemable. The question must be broader than our “wants” at the personal, or even national level, but must consider “the world” in its full dimension.

Hence, our choices made on the local scale must further consider their impacts more globally not only in a geographical sense, but across the swathe of beliefs and views that different cultures hold as their framework to make sense of existence, to give value and meaning to life, and to decide upon which goals count as being worthy of achieving.

The intermeshing quality of the world’s many woes has been conveyed by the term “changing climate” (i.e. climate change per se being just one item on the list), and amid a morass of such magnitude, positives are apt to remain obscured and muffled. 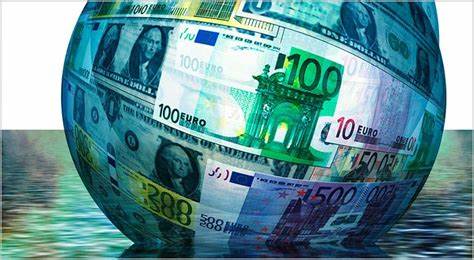 In the industrialised West, we have become increasingly focussed on money as a goal and the accumulation of personal wealth, and it’s trappings, as our measure of success.

In short, the time is now or never, yet as set against a backdrop of “business as usual”, beyond the confines of human cultures, and considers more broadly our place on this planet, within the context of all life.

Opportunities to address climate change are not merely slipping through our fingers, but wilfully being cast aside.

Thus, the message is not just one of yet another traditional way of life being driven to extinction by climate change, but that because the Earth system is an interconnected and “living” organism, impacts on any component of it will be felt throughout, causing the body to sicken and die.

Change is frightening, and uncertainty even more so; thus we tend to cling to a familiar craft, even as it sinks.

But, if we want a world that is both habitable and agreeable into the future, for all Earthlings, our choices are limited to those which also reduce the conjoined burdens of our rapidly consuming finite resources and the carbon emissions and other pollution that are discharged in the process.

However, due to the tardiness of our efforts, the scale and rate of the changes now required are staggering, amounting to an 8-10% reduction in carbon emissions per year in the wealthiest nations of the world, which presents as a practically insurmountable challenge.

If Capitalism in all its forms usher in a definite of sustained mitigation of carbon emissions, it is highly unlikely that climate targets will be met.

Full collapse is not yet inevitable, or already crumbling out of our hands change might yet be managed.

Albert Einstein is quoted, perhaps apocryphally, as saying (something like):

Is this the world you want.

The perils of treating natural capital as income, are evident to all.

We do not have enough fresh water for the people.. Billions of people are subject to hunger today. So the new model must consider all these needs. This model must be more human and more nature oriented… We are all interconnected but we keep acting as though we are completely autonomous.”

Change requires all of us developed a deeper recognition of our common humanity.

Instead of merely documenting loss of habit, bio-diversity, air and water quality, and more, we have to work with the larger society to do a better job of maintaining invaluable and irreplaceable ecosystem services.

This can only be achieved by education. Education that balances the sciences with the humanities.

Education that prepares children to live in a changing world by emphasizing critical thinking and learning-to-learn as much more than rote memorization.

(The below video ALUNA should be shown in all schools.)

Such a world won’t be achieved overnight.

BECAUSE THE CAPITALIST WORLD IS NOW WITH THE HELP OF ALGORITHIMS GOING UNDERGROUND.

If there is to be any movement in the right direction we can only make the Capitalists world change its short term model of profit for profit sake with our buying power.  By boycotting any corporations/ companies/ organisations/ etc that dont have sustainability at their core of their business models.