The Future of Mankind, Ukraine>Russian war .

Is there now another epoch-making struggle going on in the background?

Are we caught in-between globalist agenda for total control?

There have been many wars — terrible wars — fought on Planet Earth over the past 100 years.  We know that wars lead to deaths, destruction and lay the foundations for the next war.

The Ukraine conflict is fundamentally a war between East and West, between radically different cultures, different races, different religious orientations, and between very different people there is just no telling how this ongoing saga will end up.

However, the greatest war of them all could literally be around the corner, unless it is stopped by the people of this planet. 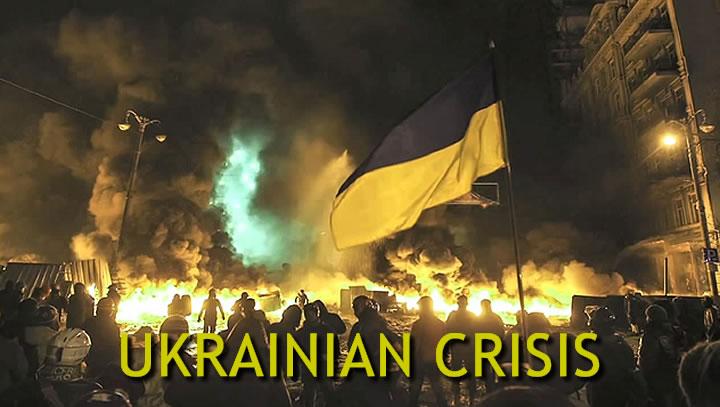 While there are several weighty co-factors at work, there are also numerous variables which can short-circuit the extremely precarious current trajectory toward full scale nuclear war.

Were that to happen, this world can forget it ever existed and say goodbye to our cosmic identity.

So what is behind this war or any war for that matter.

Consciousness is limited by identity. and identity is limited by ignorance with most people tending to identify themselves with narrow categories – a nationality, a race, a religion, which leads not only to conflict but also to a stunting of imagination and potential.

If we could widen our sense of identity, into the universe, we would  be saved from untold trial and tribulation.

When we see ourselves this way it would be the first steps towards identifying with our place in a universe ( that we have convincing evidence actually exists) in which no wars will change the light of different outcomes.

Of course all of this is far in the future.

It is clear that the Ukraine is shaping up to be the “War of the Millennium” and things will change very quickly depending on where one is domiciled on the planet.

Because globalization has inextricably interconnected the financial and economic sectors throughout the community of nations, each and every market is deeply affected by the other markets and the ongoing technospheric breakdown, which is now accelerating (due to Global Climate Change,) will only add more fuel to this fire.

In Vladimir Putin, the West is confronting a polished warrior who will not be intimidated or threatened, deceived or bamboozled, bulldozed or railroaded … as the Anglo-American Axis (AAA) does everywhere else on the Planet Earth.

Historically, Russia has always gone its own way.

After all, it is world supremacy vs. national sovereignty which is and has always really been at stake.

Given the realities of a much larger conflict going on in the Ukraine — one where East and West are at loggerheads in the most profound and fundamental ways — there is very little that can be done on the political level or diplomatic fronts … unless the West relents.

The final breaking point has not yet arrived, but as the war intensifies the Ukraine appears to be the real location of Armageddon.

At present Ukraine is the very claw of a bird that has force the power of this world to get into a sanctions war, introduce sanctions that are unprofitable for themselves, or extremely unpleasant from the point of view of political consequences, and get a demonstration of the impossibility of achieving their goals by such methods.

Without Ukraine-2022, this would be impossible. This is exactly what are we starting to observe right now.

You don’t have to be told that it is very easy to start a war and a total other kettle of fish to stop.

Take the Iraq it started with Weapons of Mass Deception.

The question is when should our hard earned income be paying for state-supported killing and the obscene loss of innocent lives, nattily called “collateral damage.”

When should we back decisions that cause untold trauma, pain, suffering, dismemberment, mutilation and death in the name of freedom and ferreting out terrorists.

How can we make peace pay?

Without our money and our acquiescence, there can be no wars.

The rapid advancement of technology is not only fundamentally altering the ‘game’ it is the Game.. What if they gave a war and nobody showed up?

Of course, the people don’t want war…But after all, it is the leaders of the country who determine the policy, and it is always a simple matter to drag the people along whether it’s a democracy, a fascist dictatorship, a parliament, or a communist dictatorship. Voice or no voice, the people can always be brought to the bidding of the leaders. That is easy. All you have to do is tell them they are being attacked, and denounce the peacemakers for lack of patriotism and exposing the country to greater danger.”

— Hermann Goering at the Nuremberg trials.

All human comments appreciated. All like clicks and abuse chucked in the bin/