“Ever since the dawn of civilization, people have not been content to see

events as unconnected and inexplicable. They have craved an understanding

of the underlying order in the world. Today we still yearn to know why we are

here and where we came from. Humanity’s deepest desire for knowledge is

justification enough for our continuing quest. And our goal is nothing less

than a complete description of the universe we live in.”

collectively organize the functioning of the entire species.

But we remain unable to live in harmony either with each other and with nature, so we

nothing we can do about it.

beliefs that are now all but un-reversible and that will follow us where ever we go.

It has been the way of the world ever since the dawn of man that he who dominates is the one who controls.

About 85 percent of the world’s population identifies with a religious group.

Religion and humankind have gone hand in hand ever since the concept of a being and still, the fight for supremacy goes on:

“When religion ruled the world it was called the Dark Ages”.

“If you think it doesn’t still rule the world you’re kidding yourself.”

From fundamentalist terrorists to gay civil rights it seems religion still dictates people’s beliefs and therefore the laws that are put into place the world over.

Religions create unity, yes but they also create Separatism which we are becoming painfully aware that.

Although our religions gave us a starting place for thinking about how our world functions, they no longer serve us in that process; and in fact, have left a trail of destruction in their historic path.

The goal of Islam is to rule the entire world and submit all of mankind to the faith of Islam. The goal of Christianity was and still is similar without the need for Jihads.

People need to stop using religion as a crutch for their conscience.

Back to the world spinning out of control.

It is not that the world itself is all of suddenly spinning on its axis, it is us who are still unable to live with each other in a sustainable respectful manner that is spinning out of control.

However, those of us who recently watched the Para Olympics and the closing ceremony in Japan surely realize that the world we live in is connected in more ways than one.

By now, we’re all familiar with the tech world circle-jerk about how we’re connecting the planet and the world is getting smaller and we’re all becoming one big kumbaya global community and how this is amazing because starving babies in Mozambique and Suriname can each have their own iPad, and blah, blah, blah, the internet is cool.

On the other hand, we have also witnessed the tragedies of current wars affecting the world and people in the future.

People will probably point to the 9/11 terrorist attacks as the inflection point where the US began its slow descent from global dominance.

That the American Dream is now essentially just another form of what psychologists call “The Just World Hypothesis.” Don’t get me wrong, the rise of the internet and social media has accelerated social progress in many ways.

By nearly every objective measure, the world is a better place than it has ever been in modern history.

So why doesn’t it feel that way?

Could it be that a transition of power is soon to happen?

It is an old saying that knowledge is power and if so our world is rapidly becoming a world driven by the power of data.

Every two days now we create as much information as we did from the dawn of civilization up until  2021.  That’s something like five exabytes of data.

While technology is neutral, people are not ready for what’s coming.

Technology might be giving a chance for humans to maintain their presence but without education that imparts knowledge, it is inevitable, that those who indirectly or directly have the data will control power in the world.

This is both good and bad.

Because outrageous news and information spread faster and further than any other form of information, dominating our daily attention.

The sickest and most grotesque finds its way to the top of the nation’s consciousness, dominating our attention and the news cycle, dividing and recruiting us into its ever more polarized camps.

But the world isn’t worse.

It’s just that we’re more aware of all of the bad things than ever before.

Cameras, the internet, and most importantly, social media. This is what’s new.

In the attention economy, people are rewarded for extremism.

Thomas Davenport, a professor and former researcher at McKinsey and Accenture, wrote a book called Attention Economy in 2001.

In it, he wrote “As the theory of the economics of attention, user’s attention is a scarce resource that multiple information competes for. With the development of the Internet, especially the explosion of online social media, netizens (online citizens) receive redundant messages from various online channels such as Facebook, Twitter, and online forums, which results in extremely severe information overload problem”

So in the attention economy, anyone trying to connect with an audience must treat the user’s time as the ultimate resource.

The idea is that many products work together so people never have to leave the ecosystem because it has everything you need.

Attention in technology is the currency in the double-sided marketplace of consumer products.

The seller gives access to technologies (apps, social media, digital products) in exchange for the buyer (users/people) spends their time and attention to access products.

Everyone online seems to solicit our attention, how do we decide who to give it to?

People have a limited amount of attention to spend and as attempts are made to control the spending of attention a person’s willpower diminishes.

So should we be asking  “Are products giving enough in return for the attention they take?” Should all tech companies be paying us for the data they collect and sell rather than we value your privacy or this site contains cookies.

While social media platforms and TV stations are rewarded for indulging their worst biases and stoking other people’s worst fears. They are rewarded for portraying the world as a place that is burning to the ground, whether it’s because of the Taliban, or police violence, or Islamic terrorism, or low interest rates.

And this constant awareness of every fault and flaw of our humanity, combined with an inundation of doomsayers and narcissistic nihilists commanding our attention space, is what is causing this constant feeling of a chaotic and insecure world that doesn’t actually exist.

We are going crazy?

Each one of us, individually, capsized in the flood of negativity, we are ready to burn down the very structures on which the most successful civilizations in human history have been built. Exaggerating all that is wrong and minimizing all that is right.

It’s for this reason that I’ve started to remove myself from digesting news and information through social media. Nothing will replace face-to-face interaction.

Ever since the dawn of time; this has never been more true than today no!

Because the only way for human rights to persist is for everyone to collectively agree to accept that things don’t have to go their way 100% of the time.

A free and functioning democracy demands a populace that can sustain discomfort, that can tolerate dissatisfaction, that can be charitable and forgiving of groups whose views stand in contrast to one’s own, and most importantly, that can remain unswayed in the face of some violent threat.

In a culture where your worth as a human being is tied to your level of socioeconomic success, this can’t be achieved.

By the time you reach adolescence, you are subjected to live’s first traumas and failures. You recognize that the world isn’t fair. Things go wrong sometimes. Bad things happen to good people and vice versa. And in many ways, you’re not as great as you had always thought or believed.

Other teenagers, particularly teenagers who are pampered and learn most of what they know about the world through TV or the internet, don’t handle it so well.

The world doesn’t conform to their small-minded belief system and instead of blaming the belief system, they blame the world. And that blaming doesn’t turn out well for anybody.

That things are not just. That we cannot fully control our destiny.

The question is how well we will adapt and mature to this new reality.

Will we accept it and modify our ethos to match the 21st century?

Or will we become petulant and angry and scapegoat the cognitive dissonance of our national consciousness away?

Viewing every opportunity in front of you as something you’re going to fail at before you even try. This is because you have low self-esteem and your attitude and beliefs are only going to perpetuate it.

It’s time to let go and rise above the outdated and cruel exploits of our past that we inherited from our ancestors, and realize that the early misinterpretations of our world do not have to define the future of humanity.

It has long ceased to amaze me what humans are capable of doing to each other, but working together makes anything possible.

We have reached a time in our history where the misunderstandings of the past must be reconciled and the truth about the origins of our early beliefs must be revealed.

It’s time that our world’s religions face the tragic horrors of their past and make honest progression towards love and kindness for all of humanity. 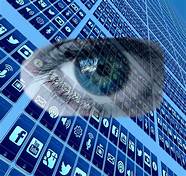 The present state of the planet is not going to change because all of a sudden we are all beating our chests chanting Maya cupula May cupula.

Actions are the only way it has any hope of changing.  These are enormous and will take years if not decades to achieve.

But here is one action that could be achieved in your lifetime.

As we witness in both the Para Olympics and the Olympics competition is a gift and as a gift, it is given unconditionally, with nothing expected in return.

Although the Olympics and the Para Olympics shine a light on what is best in humanity’s endeavors, it suffers from the backdrop of a world full of poverty, inequality, and the like. With countries spending millions to host the games or allocating funds to win gold medals when these funds could be used to alleviate foodbanks, social care, health care, etc.

This unnecessary enormous cost of staging the games could be wiped out if the Olympic Games were permanently held in the country of their origins Greece.

There is no reason that the countries of the world could not build a permanent Olympic stadium in Greece.

Such a move would save 3.6 million tonnes of carbon dioxide equivalent (CO2e) = equal to the annual emissions from about a million cars.

Even setting aside the carbon footprint question it would scrap the bigger-is-better ethos that cities still cling to when they find themselves on the global stage. Which in most cases up to now leave behind multipurpose, venues that become useless eyesores after the games conclude.

We need a radical rethink of how the games are run if we want them to be compatible with our definition of sustainability.

The green games for a blue planet could be established permanently In Greece.

How do we get to net-zero emissions?

This question will define the global economy for the next century.