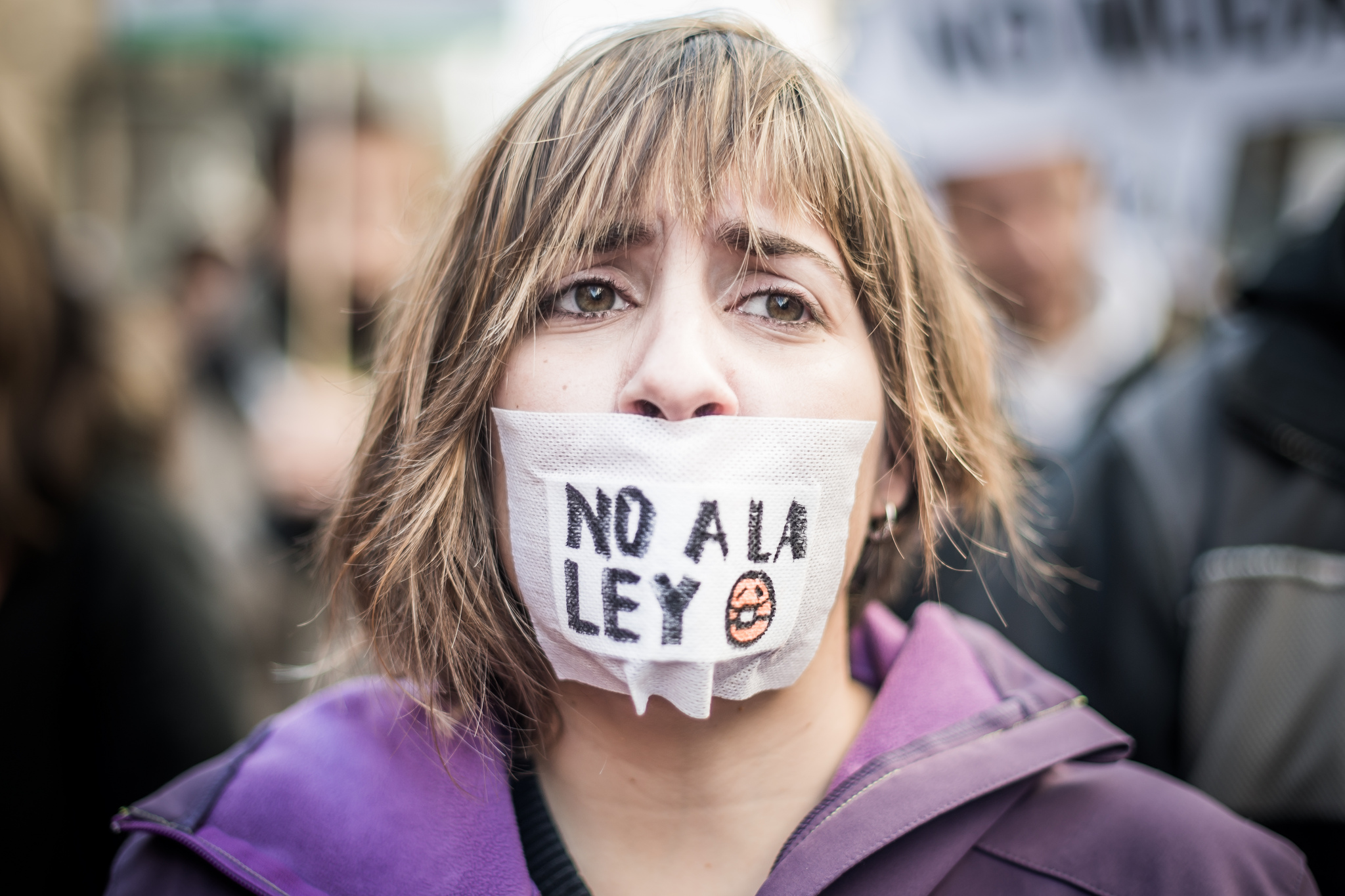 In these days of fake news, machine learning, online capitalism, AI data mining, popularism politics, algorithms, Growing economic and social inequalities IT CAN NOT BE OVER STATED that the right to protest must be protected.

Because we are moving to clientelism in which powerful interests — either businesses, trades unions, civil servants, key professions, or religious groupings — are bought-off.

Because politicians seem to be able to lie with impunity with us the great unwashed having little redress when they do.

Because freedom to protest occupies the space that should be reserved for the sovereignty of ordinary citizens.

Because the post-pandemic world will be different.

Because corporations and bureaucracies can push elected politicians around too easily.

Because bankers or civil servants, for example, seem to be allowed to dictate what regulations they will have applied to them.

Because global trade-treaties signed by existing governments bind nation-states into rules and structures that make the voters of the future powerless.

Because these trade decisions are often made in a too short-termist way. Partly because of the way electoral cycles promote short-termism and now because of the pandemic and the developing economic depression to generate revenue freedoms are second class values.

That’s some of what we are up against this year.

If we lose the fight, our freedom to demand that our leaders receive consent will vanish as quickly as our free-market economy.

I have no expectation of, or desire for, democratic perfection but I hope that readers accept that the beliefs or the desires of citizens will have a strong influence on democratic outcomes and as there are circumstances where a perfectly good democratic decision will result in an outcome we don’t like.

Freedom flows from the people.

It’s true that no one can change how we think or what we believe, but we can be forced to adopt values and ideologies we don’t agree with by legislation or a simple court decision.

When the threat of peaceful protest becomes a political tool our right to peaceful assembly is in jeopardy.

Remember, life, liberty, and the pursuit of happiness can’t be found in silence.

There is nothing like an economic shutdown to show that freedom rests in the hands of the government and not the people.

In a year that has seen spectacular curbs on our liberties, freedom to protest is more important than ever because when the government gives something away it is very difficult to take it back.

Under the cloak of the pandemic, we are now not only looking at the introduction of Covid-19 passports but restrictions to peaceful protest.

So the government takes and doles out as it sees fit so it can promote itself and preserve the freedoms of the politicians who control it.

You probably haven’t given a lot of thought to the consequences for our fundamental freedoms.

Business shutdowns and other coronavirus pandemic-era restrictions raise an ugly question we can’t ask right now, but is democracy in retreat?

There should be no illusions about what the deterioration of established democracies could mean for the cause of freedom globally.

The future of democracy depends on our ability to show that it is more than a set of bare-minimum defenses against the worst abuses of tyrants—it is a guarantee of the freedom to choose and live out one’s own destiny.

In Syria and Myanmar, hundreds of thousands of civilians from certain ethnic and religious groups have been killed or displaced as world powers either fail to respond adequately or facilitate the violence.

In Hongkong, we are witnessing what’s left of democratic freedoms being quashed by China.

In England, we are seeing a country trading freedom for desperately needed revenue.

In  Europe, even long-standing democracies are being shaken by populist political forces.

The crisis of confidence in these societies has intensified, with many citizens expressing doubts that democracy still serves their interests. That’s the problem with not understanding how freedom works.

SO THE QUESTION should be what happens when protecting our individual liberty threatens the liberty and lives of others?

That’s a conundrum we won’t solve any time soon, if ever.

The people we elect to lead don’t know what to do so their solution is to separate, isolate, and enforce. If you have no contact with other people you can’t spread this bug, so as the bug spreads our freedoms slip away.

Many, if not most of us are just as blindsided and even panicked by what the coronavirus can do.

Overreaction is understandable, but this is also a valuable lesson about how easily our freedoms can be taken away without our consent by the same people we gave consent to in the first place.

That’s the problem when politicians are charged with ensuring that our society is just they turn justice into a battle over what best suits their needs and these are judgment calls that only hindsight can evaluate.

This is pretty basic.

When economic success is in jeopardy our freedoms are disappearing one by one without a whimper of protest.

We all have the right to get up and go about our affairs without getting killed by random, out-of-control violence.

This is a concept at the root of democracy.

But we also have the right when we see politicians that sought office vowing to defend and now plan to take away with everything with crushing tax hikes, to hijacking our health care system, to destroying our sovereignty to abolishing free-market capitalism, to sneaking in WOKE-inspired legislation, to control what we say and the media we can access.

The government has now morphed into a cult that seeks to silence all of those that disagree.

What started with PR about the right to peaceful protest is now a political issue with no solution except to sit back and hope for the best until peaceful assembly becomes too-dangerous a freedom of the past.

Our freedom to do something as simple as leaving our houses to visit with friends or attend a crowded church is so basic we don’t even think about it as one of the fundamental rights we enjoy.

Just a handful of disrupters with rocks, frozen water bottles, fireworks, or other weapons in a crowd of thousands completely destroys the notion of peaceful protest.

If a just society means the government pacifies the people by paying for everything then that no longer matters. The crowd is a danger and the freedom of assembly turns against us with the taxpayers eventually have to pony up.

That’s not the point, though.

We are now so numbed to the words, War, Killed, Murder, Rape, Racism, (even when they are applied to children), that we don’t pay much attention anymore so it’s not surprising when it comes to freedom that we have enjoyed which our forefathers gave their lives to protect we make little effort to ensure that they prevail.

Finally, of course, these days protests can be more than just physical peaceful assembly. If used collectively Social media protests with buying power it is probably the most effective way to make our voices heard.

Campaigns grounded in human rights/ values that affect profit will not just demand change but will achieve change.  Because they would hit the bottom line – profit.

“The accumulation of all powers legislative, executive and judiciary in the same hands, whether of one, a few or many, and whether hereditary, self-appointed, or elective, may justly be pronounced the very definition of tyranny.

We should be smart enough not to repeat the mistakes of the past and angry, take no prisoners.

The capricious nature of these restrictive orders shows just how fragile our constitutional rights can be in a time of crisis.

in lieu of a vaccine the freedoms we take for granted were all but erased in a few short months. That includes the most important freedom we have, the freedom to simply live our day-to-day lives and maybe eke out a little happiness in the process.

telling us to hide in our homes until they think it’s safe to come out isn’t good enough if it destroys everything that makes us what we are as Americans.

I vehemently stand against any sort of racial, cultural, or religious intolerance that threatens to divide the melting pot our country has become

When do we start checking protest mobs for implements of destruction because they are a threat to the safety and freedom of law-abiding citizens who understand that political dissent doesn’t mean destruction?  The answer is never.

We need a Green New Deal based in climate and environmental justice, which means building a clean economy that protects communities that have been neglected by policymakers for far too long.

We already lost our freedom to give consent with the COVID-19 clampdowns that flourished in Democrat-run states and jurisdictions. Picture that kind of dictatorial governing on a national scale.

Progress is glacial, given what we’re up against.