Countries can do whatever they choose and there is no organization in the world with any authority over any country’s government. 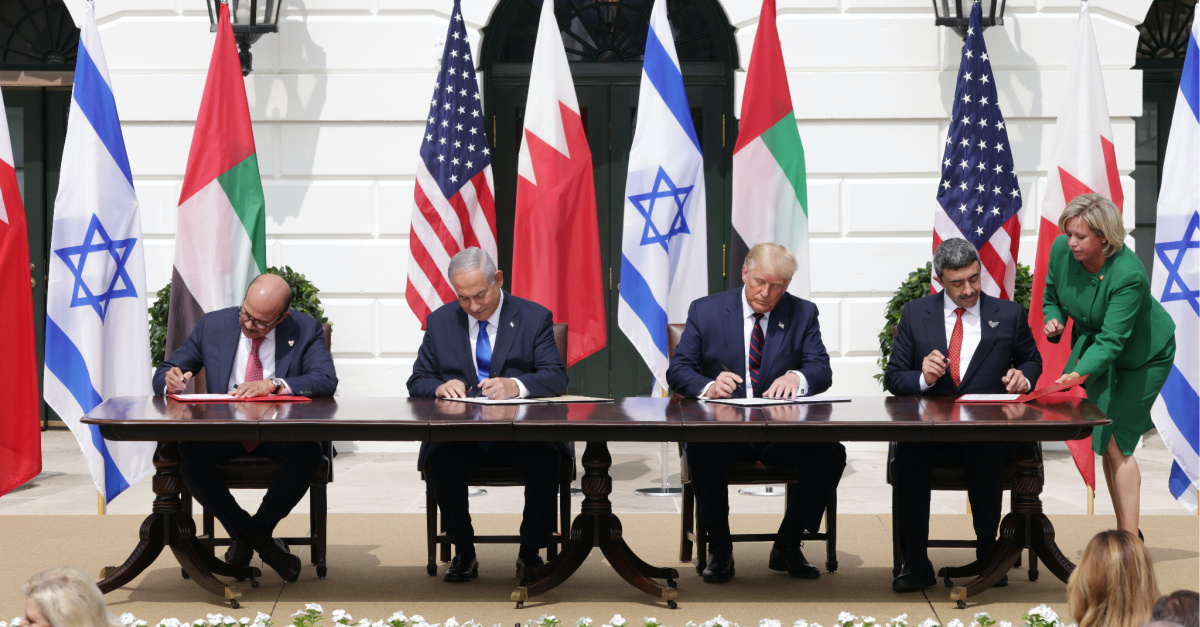 An anxious, frightened nation desperately turns to the government for leadership in managing and overcoming emergencies. This does not mean that momentous events like COVID-19, which tap into our deepest feelings of insecurity and mortality, ought to rule out the airing of legitimate differences of opinion.

This is how for all intended purposes the Good Friday Agreement was arranged not Brexit and subsequent Northern Ireland Protocol.

The burdens of office are momentous but the actions we take are a great source of information about ourselves but underestimating the significance of platforms like social media for debate has its own consequences. The Arab Spring, Donal Trump’s election, Brexit, the handover of Hongkong, and now the Northern Ireland Protocol (designed to protect the Good Friday Agreement) a debate triggered by an online petition launched by the Brexit supporting DUP.

Perhaps it’s time that trade deals and treaties were arranged by independent third parties because I believe that the detached self is able to paint the most accurate picture of who we are and how we work.

Brexit as I predicted is a good example of the unforeseen effort and costs involved when exiting a deal that is not properly understood in the first place.

Northern Ireland voted to stay in the European Union.

Any trade deal or treaty comes with rules and regulations agreed to by all parties prior to the agreement any changes must to agreed upon by the signatures to that deal before implication.  Any unilateral actions nullify the deal as there is no point in agreeing on something that is not going to adhere to.

The implementation of the protocol on Northern Ireland was always going to be difficult – Brexiters have never accepted the need for the Irish Sea border that they have nonetheless created, arguing right up until the protocol was signed, that a mixture of technology and “mutual enforcement” by both sides could obviate the need for a trade border in Ireland.

As far as the Unionist in the north of Ireland choosing to put a trade border in the Irish Sea, Boris Johnson unsettled the fundamental constitutional ambiguity at the heart of the 1998 Good Friday Agreement peace deal as the price of delivering a fully “sovereign” Brexit for the rest of the UK. 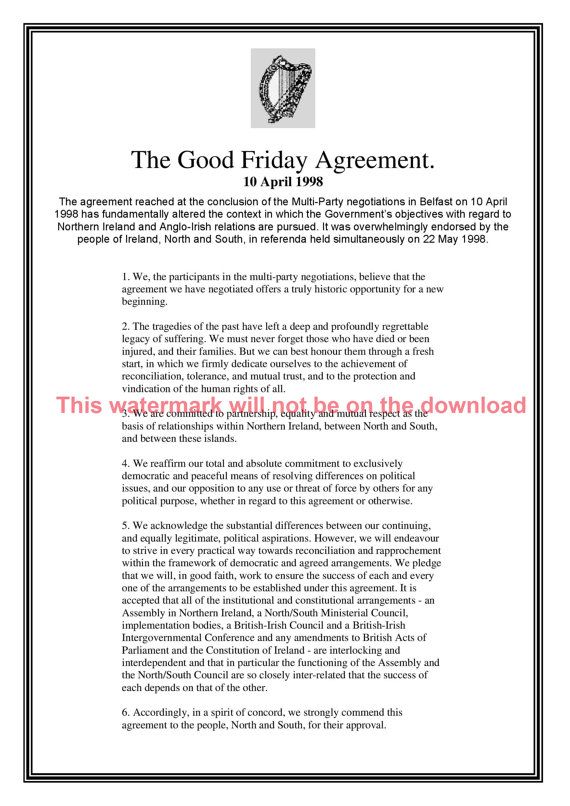 The Good Friday Agreement functions (however imperfectly) because it enables the people of Northern Ireland “to identify themselves and be accepted as Irish or British, or both”, but the protocol means the Unionist community now feels that its identity is threatened.

Alas, this week’s row — in which the UK government unilaterally granted itself more time to phase in burdensome bureaucracy, sparking a threat of legal action from the European Commission — shows how far trust and communication have broken down between both sides, obscuring the practical requirements noted above.

Government is not perfect — no human institution can be without trust.

To just exist without following any of the pre-agreed treaty clauses or simply for political gain is bad form. It also is a sign to the rest of the world that a treaty with a particular country and government in power that breaks it outside of those planned options isn’t trustworthy.

With that deadline gone and both parties have ruled out any extension to the transition period, it is now clear that there is no longer time for parliamentary approval on the EU side.

The EU  which includes some large member states is not yet fully confident that a Johnson government will implement the agreement it signed — and yet in demanding demonstrations of UK willingness to implement the deal fully, it is at serious risk of testing the protocol to destruction.

Does this mean that the UK will crash out without a deal?

Not only the Council and the European Parliament have to ratify the agreement, but also the legislatures of all 27 member states by qualified majority voting or unanimity, depending on the scope of the agreement.

In the meantime the pandemic has flung the world into a maelstrom, we’re still not quite sure how to get out of it never mind climate change.

So a good starting point is to think of the problems we have now, and what we can do to find solutions to help build back better.

With the astronomical cost of the pandemic yet to be determined radical economic or social change is the last thing governments want right now.

What’s needed is stability, to allow the economy to recover. A radical shift in policy seems unlikely when we’re in the midst of an economic crisis. It would be like taking the air supply away from a sick person fighting for their lives. It is quite literally, the last thing you would do.

We need to remember governments tend to react to problems, rather than proactively create radical reform, and herein lies one of the greatest challenges in dealing with the climate crisis never mind the No Nay Never Unionists.

Under International law a border there must be till either Northern Ireland is reunited with the South or England rejoins the EU.

England could leave the customs union with the EU,  Northern Ireland could not.

When it comes to Climate change to be sure, the governments have gotten a lot of things wrong.

Yes, we’re already in a crisis. A problem of breathtaking proportions. But does it feel like a problem? Not really.

From the perspective of people who have bills to pay, screaming children, stressful jobs, how does the climate crisis impact their lives?

For the majority of people, the climate crisis isn’t that high up on their list of priorities.

Things are going to have to get really bad for people to take notice.

It’s only when the climate crisis starts to feel like a problem affecting people’s lives that they’ll start demanding change.

At that point, it will be too late for governments to do anything about it.

The problem with government is that we are unable to make it work-work with us, not over us; to stand by our side, not ride on our back.

With public sentiment gripped by anxiety and uncertainty as we race to rationalize and intuit what COVID-19 will mean for how we live, the last thing anyone wants to see is politicians and other leaders bickering over the many prescriptions needed to address what is going to put Coivd -19 in the shade – the climate.

To date, we’ve largely been spared that fate.

However, as technology turns climate into a product the climate movement needs to wake up to the uncomfortable realization that we need to be patient and let the system implode, but be damn sure to be ready when it does.

Lockdowns that ground society to a halt have given the environment a break. Governments would be well served to anticipate this next phase.

If they don’t accommodate what will become a loud chorus demanding, not without justification, regular demonstrations of accountability in the face of the most far-reaching encumbrances on personal liberties we’ve seen in our history.

Climate is what shapes and defines our lives in various ways, and it is an indispensable resource during times of hardship and sacrifice.

The climate will take no prisoners so those attending the next climate change summit need to understand what is now their starting position is with economies being crushed by the Pandemic and the forthcoming Depression.

Global climate is projected to continue to change over this century and beyond.

These meetings have been vital to find a global consensus on an issue that requires a global solution.

Among the many elements that need to be ironed out is the financing of climate action worldwide. (  See previous posts )

Because the clock is ticking on climate change, the world cannot afford to waste more time: we must collectively agree on a bold, decisive, ambitious, and accountable way forward.

This cannot be done by written agreements that are non-binding. It can only be achieved by rewards like non-repayable grants funded by placing a 0.05% World Aid Commission on all profit-seeking activities. ( See previous Posts)