Obviously, where will we be in six months, a year, 10 years from now is unknown but what Covid-19 is throwing into sharp relief is just how false our beliefs about markets are.

We all know what is needed and one could compose a list as long as your arm but all are connected to where and what we live on the Earth. 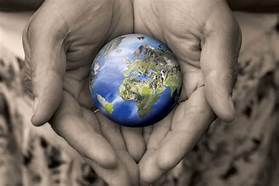 In the face of Covid-19, this has never been more obvious.

“We’re all in this together and nobody has a clear answer to a way out.”

However, when all of this is over together in lockdown will become more than an appropriate word in more ways than we might like.

As with sheep, it is easier to control a flock when they are enclosed.

There is a chance that the herd scenario will be the most dangerous scenario, with profound implications for all.

Big untransparent data is a minefield to the civil liberties we enjoy at the moment.

We won’t be clapping when the freedom of choice disappears.

So as responses to the virus evolve, how might our economic futures develop?

The main fact exposed in our societies by COVID-19 is that so many people work pointless jobs because, they make lots of money we have lots of consultants, huge advertising industry and a massive financial sector. Meanwhile, we have a crisis in health and social care, where people are often forced out of useful jobs they enjoy because these jobs don’t pay them enough to live.

In a society where exchange value is the guiding principle of the economy, the basic goods of life are mainly available through markets. This means you have to buy them, and to buy them you need an income, which comes from a job.

In other words, people are compelled to work in pointless jobs.

This is partly why so many countries were so ill-prepared to respond to Covid-19.

There are a number of possible futures, all dependent on how governments and society respond to coronavirus and its economic aftermath.

So, will, we take the opportunity of prioritization of one type of value over others.

(This dynamic has played a large part in driving global responses to Covid-19.)

First, it is quite hard to make money from many of the most essential societal services.

The best-paid jobs only exist to facilitate exchanges: to make money. They serve a no wider purpose to society.

We need a very different kind of economics if we are to build socially just and ecologically sound futures.

From an economic perspective, there are four possible futures:

If we want to be more resilient to pandemics in the future (and to avoid the worst of climate change) we need a system capable of scaling back production in a way that doesn’t mean loss of livelihood or our civil liberties.

From the economic point of view, this has to be is a Green sustainable Economy because the challenge of producing less is also central to tackling climate change.

(Coronavirus, like climate change, is partly a problem of our economic structure. Although both appear to be “environmental” or “natural” problems, they are socially driven.)

From an individual point of view, the solutions are not so clear.

Should we give up our liberties for the common good?

When faced with a complete lack of evidence about a tracking policy’s long term effects crisis situations afford the state the opportunity to stretch its power into areas of life that were before beyond its reach.

Politics is plagued by a do-something bias and this question is unanswerable because we cannot know how much the forcible suppression of civil society will cost and we won’t know the benefits.

Thinking critically we are now confronted nonetheless with the question of who gets to make such a decision on tracking, the government on a compulsory law backed bases or the individual on a voluntary base.

It’s a social theory question, not a medical one: how does a comparatively tiny group of people at the top of government acquire the right to make this call for all other people. How could anyone or any group attain to such a power?

This leads us to some troubling questions.

For example, What kinds of communicable diseases function to void one’s right to free movement? How deadly does the disease have to be? How contagious?

It is not worth giving up for a problem that has existed even before our time.

After giving up this right, what other rights will follow?

Where will be the balance? Do we become mindless government slaves?

Where is the line between where our right to choose is more important than the government’s right to impose their standards on us? Even if it’s for our own good?

Governments don’t give us our rights. Our rights are ours.

If we let freedom and liberty slip away a little at a time, then we are a people who don’t deserve to be free.

Just as the government has a duty to serve us, we as a people have a duty to defend our freedom and to understand and appreciate the rewards of being a free and open society. If we as a people fail in our duty to protect our freedom, then we no longer deserve to be a free people.

Once you give up even just a little, it is unlikely you will ever get them back. The individual is all that matters when it is you.

Philosopher Bertrand Russell wrote, “Neither a man nor a crowd nor a nation can be trusted to act humanely or to think sanely under the influence of great fear.”

These times of crisis are when we must be vigilant, guarding our rights and liberties, watchful of overreach, as transparency of who, what, and how we are governed will disappear into big data run by algorithms that learn from each other owned by god only knows.

Will the world change as we are told?  Will the draconian laws revert?

More than likely not to all three.

Because we are in a capitalist system that cannot or is unable to manage greed, inequality, and profit for profit sake.

Because businesses, of course, want to be able to meet demand when the economy picks back up again. But, if things start to look really bad, then they won’t. So, more people lose their jobs or fear to lose their jobs. So they buy less. And the whole cycle starts again, and we spiral into an economic depression.

Because we are now facing a serious recession if not a global depression.

Our modern generations have lost so much of the sensibility, practicality, frugality, and “know-how.”  Very few of us alive today have experienced an economic depression.

The fan is spinning and something very brown is beginning to hit the economies of the world at some point they will be unable to sustain themself.…so be preemptive.

Preparing for that eventuality now is really the only way to be ready when we will actually need to be much more self-reliant for our food.

A full-on economic collapse isn’t simply a disaster threat we should look out for, if you can’t appreciate what you have, you’ll never be content even if you exceed every goal you set for yourself.

Initially, chaos will reign but people will start banding together and not spending money. Debt will become a dirty word. You can’t eat money or your smartphone so start digging your garden. Get your village to open communal gardens.

Before you throw something away as it could be re-purposed.

The prescription for solving this is simple – the government spends, and it spends until people start consuming and working again.

However, it is my belief that this type of intervention won’t work here because we don’t want the economy to recover (at least, not immediately).

Businesses exist to make a profit. If they can’t produce, they can’t sell things. This means they won’t make profits, which means they are less able to employ you.

What is needed is an “anti-wartime” economy and a massive scaling back of production.

A key task for us all is demanding that emerging social forms come from an ethic that values care, life, and democracy. The central political task in this time of crisis is living and (virtually) organizing around those values.

The dominant idea of the current system we live in is that “exchange value” is the same thing as “use value” and currently, the primary aim of the global economy is to facilitate exchanges of money.

However, Governments are now providing people with an income in order to stop them from going to work reducing people’s dependence on a wage to be able to live.

This is viewed both by the market and governments as a temporary necessity to keep their economic where-with-all to deliver a good quality of life, so it must be protected.

The market will always return to normal after short periods of crisis.

We do not have the right “mindset” in order to adopt the protection of life as the guiding principle of our economy. The use of profits as the primary way of organizing an economy can only continue if it is used to remove inequality on all fronts.

If it delivers a good quality of life, for all so it must be protected.

Barbarism is the future if we continue to rely on exchange value as our guiding principle and yet refuse to extend support to those who get locked out of markets by illness or unemployment.

It describes a situation that we have not yet seen.

Citizens no longer rely on employers as intermediaries between them and the basic materials of life.

We must be careful to avoid authoritarianism and massive austerity after the pandemic has peaked that will only consolidate wealth into tracking apps.

We can expect the lure of tracking citizens to infect politicians. The ideals of democracy will be surrendered to the relative security of authoritarianism.

Likewise with Covid-19. Yes, the direct cause is the virus. But managing its effects requires us to understand human behavior and its wider economic context.

Nowadays it is hard for most to believe that people lived without cellphones.

I believe that sooner or later we will be facing a Greater Depression. While I certainly ‘hope’ not, logic is telling me that it is inevitable.

I do believe when things change, people will change also because it will become necessary.

Which of the overwhelming number of urgent global issues should I focus my attention on first?

Maybe you can’t save the world, but you can save your backyard.

Imagine what would happen if we all did the same?

Rather than waiting for the elected leaders to listen to your concerns, the quickest and most effective way of making a difference is to do it yourself.