I suppose it is fair to say that when it comes to biological factors that tear thought entire species, humans can’t take all the credit.

History has shown that a pandemic now and then can be a good thing, at least for the survivors.

THE CURRENT CORONAVIRUS OUTBREAK IN PROGRESS HAS THE POTENTIAL TO ALTER HOW SOCIETIES FUNCTION. TAXING INFRASTRUCTURES WELL BEYOND THEIR TOLERANCES.

A disease that kills 80/90% of all people on earth could and will tip us to an unrecoverable social and technological crash.

But real disasters aren’t lone events born of simple, soluble problems, and they don’t end when the credits roll. Nor are they necessarily a question of scale.

The line that divides an incident from a disaster is defined by a society’s preparedness and capacity to deal with the aftermath.

For good or ill, the technology and unprecedented control over life and death we have will likely allow future disasters to unfold along lines unique in world history.

Do we who are in the know care?

Other than verbal diarrhoea it seems not so. 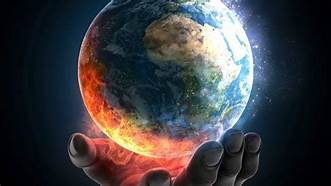 So here a few disasters to look forward too.

Our genetic ambitions will outpace our safeguards.

Put simply, we can now wipe out entire species with a single mistake. Bioethical standards tend to lag behind technology, and who can say what a less ethical party might attempt?

Coronal Mass Ejection or bursts of plasma and magnetic field from the sun’s corona.

They follow a cycle, like pandemics albeit a far more regular one (the conditions are ripe every 11 years or so) [source: NASA]. They also cause variable but potentially ruinous damage, and their destructive scales depend, in part, upon humans’ connectedness.

We’ve been lucky so far.

Such an event could last a few weeks. But a quick about-face would prove impossible if, as some people fear, the CME’s ground current cooks all the transformers. In that case, the risks of social breakdown and mass starvation become quite real.

There’s a theoretical limit to how many people the planet can support? It’s mainly limited by available solar radiation, but there are other limits we would reach well before that one.

Our bodies need phosphorus to move energy around and to build cells and DNA. But our demand will likely outstrip our known supply within 30 to 40 years. Currently, a large amount of phosphorus is lost in human and animal waste. Much of what remains end’s up in the trash or washes away as farm runoff.

The push for biofuel options will only deepen the crisis. Everything has its limit — even the bounty of the earth.

The Thermohaline Circulation Shuts Down.

As the resultant freshwater spreads across the North Atlantic Ocean, it shuts down a looping global current vital to global climate called the thermohaline circulation (THC).

But push past that point, and forcing factors, or environmental processes that affect climate, take over. This could create feedbacks that will alter climates for decades or centuries to come.

Whether such a shutdown will occur because of climate change remains unclear, but the bulk of data says the THC will more likely experience a slowdown. In the unlikely worst case, however, the effects of a mini-ice age combined with other climate change stresses could be nothing short of seismic.

An earthquake of magnitude 8.0 or greater.

In 2011 the 9.0-magnitude Tohoku quake and resultant tsunami killed 18,000 people, triggered the Fukushima meltdown and caused more than $200 billion in damages. All this happened in a region prepared for quakes, just not ones of such scale.

Take Apophis, an apartment-building-size asteroid due to kiss our atmosphere in 2029 and possibly smack right into us on its 2036 return trip.  If it does it will pack the wallop of a 300-megaton atom bomb, to say nothing of the ensuing fires, disruption of solar energy and famine.

This one might already be happing as we watch the out brake of CORONAVIRUS        in China spread it seems likely that problems will only worsen under global climate change scenarios or energy-asset depletion.

All we can really say, as we watch China prop up its ailing stock market and the European Union struggle to define a set of economic policies suited to the diverse needs of its member states, is that indicators look more than a little dodgy..

This is my favourite the steely grip of self-improving superintelligence born of human hubris. Po-tay-to, po-tah-to.

On one hand, it’s hard to imagine we’d be so foolish as to create a Frankenstein’s monster without a fail-safe. But do you know what’s not hard to imagine? That some garage hackers or industrialists, driven by rivalry, revenue or (Asimov help us) fetish, will sit nose-to-breadboard until they’ve created artificial intelligence or some weird imitation of it

Even ignoring the risk that superintelligent machines will rise, self-improve and decide a femtosecond later to eliminate humans, we’ll still face one of the most transformative moments in social and psychological history. Because however, it shakes out, it’ll be something we’re not prepared for, and that alone will make it a disaster.

A paralysed United Nations who’s collective accountability, including the International Criminal Court, are ignored and disparaged.

Dubious territorial claims by major powers like China and Russia, Japanese militarization and a pinch of terrorist pseudo-states, and a fearsome picture begins to emerge.

President Donald Trump’s contempt for traditional allies and Europe’s struggles with Brexit and nativism, leaders across the world are probing and prodding to see how far they can go.

Socially or ecologically, there is growing concern among experts that change today occurs at a rate that far outstrips our ability to cope with it.

The international order as we know it is unravelling, with no clear sense of what will come in its wake. The danger may well lie less in the ultimate destination than in the process of getting there.

Moreover, in a world characterized by ever-growing connectedness, it’s unlikely that some types of disasters — economic, political, ecological and epidemiological — will remain geographically confined.

The same globalization and mass communication that transform the world may just as easily doom it if we’re not careful, and perhaps even if we are.

Anyone will ensure that nobody will remember the Internet.