It is widely assumed by the general public that humanity is “progressing” and that we are better both physically and mentally than our predecessors were. Of course, this is true for some of us but for 6 billion of us on 2$ a day I doubt they would agree.

A person’s conception of truth is deeply intertwined with their conception of reality and truth isn’t actually divorced from reality. Science is dependent on truthfulness.

Few of us these day’s has the time or resources to check all of the news we confront on a daily basis. Instead, we rely on other methods of assessing truth, but can we or should we trust the source?

In a world where facts are under siege, credentialed sources are proving more important than ever.

We are getting our news from platforms, run by Facebook, Google, Twitter, Messanger,  etc including other social media sites and search engines, but can we place our trust in those platforms.

The profession of undermining truth has been in existence for decades. For much of recorded history, the truth was rooted in scholasticism now it’s rooted in a capitalist haze where political correctness and social justice including warfare have descended from the ivory tower of the rich infiltrating tech, business, healthcare, and governments.

The quest for facts these days is now governed by disinterested Google algorithms that trade us, accuracy for efficiency, creating a “spiral of silence,” in which everyone believes that everyone else believes something but no one actually believes it.

It seems that we accept truthiness instead of requiring truth.

As a result, humankind is losing mental capacity to know the truth and we are living in an era of rationality inequality.

For example, voters act on issues that don’t affect them personally and are under no pressure to inform themselves or defend their positions.

People vote as if rooting for sports teams, encouraged by the media, which treat politics as a horse race, encouraging zero-sum competition rather than a clarification of character and policy.

So what is happening?

History is littered with the bending or inverting of truth by people in power has long been consequential, so the recent prominence of “fake news.”  is not a new development. The belief that fake news is displacing the truth itself needs to be examined for its truth.

Not long ago many intellectuals deplored the lack of democratic access to mass media.

Now a few media corporations, in cahoots with the government, “manufactured consent” with their oligopoly over the means of production and dissemination of ideas.

We used to say, freedom of the press belongs to those who own, one no longer true.

Social Media with it’s like algorithms are now fueling, accusations of racism, sexism, homophobia, and transphobia that can be weaponized: since everyone reviles these bigotries, they can be used to demonize adversaries, which in turn spreads a terror of being demonized. It has become the place where one can express heterodox opinions without fear of being silenced or fired.

A network of pluralistic ignorance enforced by denunciation mobs.

So when it comes to intolerant repression of non-leftist ideas, don’t blame the Millennials or the iGens because unregulated Social Media is now blazing out of control abetted in part by government subsidies and lack of will to regulate.

Social media held out the promise of giving a voice to the people, unfortunately, is making us dumber.

It is true to say that the network dynamics of social media are still poorly understood, but they do not yet host the mechanisms of vetting and reviewing that are necessary for true beliefs to bubble up to prominence from the turbid pools of self-presentation, group solidarity, and pluralistic ignorance.

We project the best sides of our lives through social media but revile real vulnerability.

So we are living in a post-truth world” true?

If your answer is “yes” then the answer is “no” because you’ve just evaluated the statement in an evidentiary manner, so evidence still matters and facts still matter.

But humans are fundamentally irrational – No.

If humans were truly irrational, who specified the benchmark of rationality against which humans don’t measure up? How did they conduct the comparison? Why should we believe them? Indeed, how could we understand them?

We did not evolve with the truth-augmenting technologies that have been invented in recent millennia and centuries, such as writing, quantitative datasets, scientific methodology, and specialized expertise. We evolved with the reality of the thought of what is true.

We don’t believe in reason; we use reason but as soon as you try to argue that we should believe things by any route other than reason, you’ve lost the argument, because you’ve appealed to reason.

That is why a defence of reason is unnecessary, perhaps even impossible. The very fact that one is examining the validity of reason shows that one is committed to reason.

This is the point where it gets somewhat complicated.

We build mental models of the world around us that allow us to explain, predict, and control things to our advantage.

Algorithms know this by monitoring our lives and consultancy firms that specialize in defending products from tobacco to industrial chemicals that harm the public (that have and are with us since the dawn of Capitalism) are manipulating the market place for profit while ensuring that the truth stays buried.

So our reasoning is contaminated by false news.

Social media is a major source of these falsehoods coupled with peculiarities in human behaviour on social media, make it easy for fake news to spread. Twitter, Facebook you name them.

“Political” fake news spread three times faster than other kinds, and the top 1 per cent of retweeted fake news regularly diffused to at least 1,000 people and sometimes as many as 100,000.

Out of all of the news you see reported, how much of it do you believe is made up or fake news?

Around 40% with 70% per cent more likely than true news to receive a retweet. 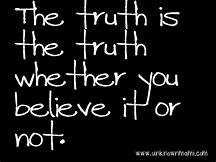 While the political repercussions of fake news are quite obvious, the phenomenon it depends on how the information is presented and how rationality is defined.

The powers of inference for example.

Rational inference, scepticism, and debate are in our nature but set against false news that is normalizing the production of alternative facts are a project long in the making.

Politicians—two in particular—lies a lot. But politicians have always lied. They say that in war, truth is the first casualty, and that can be true of political war as well.

THERE’S A TON OF MISINFORMATION OUT THERE, AND WE’RE NOT OKAY LETTING IT GO UNCHECKED.

Why is the truth important?

We all need to know the truth if we want to be able to behave rationally.

Spreading disinformation here, hiding evidence of harm there, undermining authorities evidence can change people’s minds. Internet discussion groups, in which these ideas harden and grow more extreme in the absence of critical engagement.

Group loyalty is an underestimated source of irrationality in the public sphere, especially when it comes to politicized scientific issues like evolution and climate change.

Forecasting is no longer the dark art of pundits, gurus, it is big data and everyday fact-checking with Google has and is been revolutionized.

When people are confronted with their own ignorance of the facts, they become more epistemically humble about their opinions.

In the end, we are mere mortals but has the day of rationality-promoting norms and institutions passed?

The causes are complex, but it’s exhausting to live in a society where asking for help equals failure.

Nothing can reverse the damage that has been done during our own generation, and some of this regression in truthfulness in the last 50 years is a paradoxical byproduct of the fantastic progress, we have made inequality.

From climate breakdown to air and water pollution, Co2 emissions, natural disasters,  the spread of the coronavirus virus, ongoing wars, our media watchdogs that don’t know what they are watching only using them to boost their viewing ratings.

Something important about the way we conceive of truth in our daily lives is needed if we are to tackle the difficulty assessing the reliability of the information that we find on the internet.

To achieve this these platforms with profit-seeking algorithms need to put their money where their mouths are.

The art of creating scientific disinformation is now at a new level of the tricks reanalysing results to reach different conclusions and hiring people prepared to rig methodologies to produce funders’ desired result.

The truth of history constitutes its whole value.

Enriching a favoured few at the expense of the great majority of mankind will be the last lie. The inconvenient truths will inevitably come to light.

The films served to both promote products and a vision of America undergirded by chemicals and synthetic materials. We learn the industry was proud to produce insecticides, PCBs, vinyl and other materials and toxins later identified as environmental toxins.