” Mankind must put an end to war before war puts an end to mankind.” John F. Kennedy

If you ask Google how many wars have they been in the world.

Here is the answer:

Then if you look at wikipedia.org and ask how many are current wars, on top of the list of the 40 active conflicts/ wars around the world at the moment, the Afghanistan conflict is number one, because of the letter A.

You could not be blamed for wondering that after so many wars why it is in these modern days of interconnectivity other than the insanity of one or more leaders that causes wars. The boundary between rational and non-rational is fuzzy. There must exist incentives for conflict and some barriers to the ability to reach an enforceable bargain.

The ideological change is both the most common cause of conflict and the root of most wars, but there is rarely only one cause of dispute.

Not only do we go to war we supply arms to the potential adversity.

War is a better-known word in England that Afghanistan.

(According to Wikipedia,) The Kingdom of England has fought conflicts in 171 of the world’s 193 countries that are currently UN member states, or nine out of ten of all countries. So it is not surprising to learn that the British invasion and occupation of Afghanistan in the late 1830s.

(The leftover of the Irish War of Independence 2 years has its origins in the 12th century when England invaded to create its first colony.)

As with all wars once they start the original reasons are eventually forgotten in the devastation inflicted.

World war one started in 1914 after four years it left over 15 million people dead and set the stage for World war two six short years.

The Holocaust alone resulted in over 11 million people killed, 6 million of which were Jewish. Somewhere between 22 and 26 million men died in battle during the war. In the final act of the war, between 70,000 and 80,000 Japanese were killed when the U.S. dropped atomic bombs on Hiroshima and Nagasaki.

The Vietnam War lasted for 19 years and 5 months.

The Gulf War six months was a war waged by coalition forces from 35 nations led by the United States against Iraq in response to Iraq’s invasion and annexation of Kuwait arising from oil pricing and production disputes.

The ongoing war of the Israeli–Palestinian conflict with Israel established in 1948 continues to the present day on various levels.

Or the ongoing Al-Qaeda insurgency in Yemen now 22 years.

So here is what I have learned about the Afghan wars.

During the nineteenth century, two large European empires vied for dominance in Central Asia. In what was called the “Great Game,” the Russian Empire moved south while the British Empire moved north from its so-called crown jewel, colonial India.

Their interests collided in Afghanistan, resulting in the First Anglo-Afghan War of 1839 to 1842.

This resulted in a series of unsuccessful wars for the British to control Afghanistan, Bukhara, and Turkey. The British lost at all four wars — the First Anglo-Saxon War (1838), the First Anglo-Sikh War (1843), the Second Anglo-Sikh War (1848) and the Second Anglo-Afghan War (1878) — resulting in Russia taking control of several Khanates including Bukhara.

Following this great victory over the British, Afghanistan maintained its independence and continued to play the two European powers off of each other for three more decades.

Afghanistan is not called the “graveyard of empires” for nothing.

The Soviet-Afghan War lasted over nine years, from December 1979 to February 1989. Insurgent groups are known collectively as the mujahideen, as well as smaller Maoist groups, fought a guerrilla war against the Soviet Army and the Democratic Republic of Afghanistan government, mostly in the countryside. The mujahideen groups were backed primarily by the United States, Saudi Arabia, and Pakistan, making it a Cold War proxy war. Between 562,000 and 2,000,000 civilians were killed and millions of Afghans fled the country as refugees, mostly to Pakistan and Iran.

More than nine years of direct involvement and occupation.

On April 27, 1978, a Soviet-supported communist government took over the country with the first Soviet deployment into Afghanistan on December 24, 1979. They had President Amin put to death because he was talking to the Yanks and installed their own leader, President Babrak Karmal.

The Soviets resorted to using napalm, poison gas and helicopter gunships against the Mujahideen – but they experienced exactly the same military scenario the Americans had done in Vietnam.

In the years that followed, more than 870,000 Afghans were killed, three million were maimed or wounded, a million were internally displaced and over five million were forced to flee the country.

It became a source of embarrassment for the Soviet Union as the Mujahideen (a guerilla force on a holy mission for Allah) would come down from the mountains in the summer with US-supplied Stinger missiles and after around 13,000 Soviet troops were killed the Russian had had enough with the country becoming one of the poorest nations in the world.

By 1982 some 2.8 million Afghans had sought asylum in Pakistan, and another 1.5 million had fled to Iran. The Soviets suffered some 15,000 dead and many more injured. 1988 the Soviet Union signed an accord with the United States, Pakistan, and Afghanistan and agreed to withdraw its troops.

Mikhail Gorbachev took the U.S.S.R. out of Afghanistan.

By the end of the 1980s, the Mujahideen was at war with itself in Afghanistan with hard-line Taliban fighters. The word Taliban means “students”

By 1982, the Mujahideen controlled 75% of Afghanistan despite fighting the might of the world’s second most powerful military power.

On 25 April 1992, a civil war had ignited between three, later five or six, mujahideen armies, which escalated into another full-blown conflict. By mid-1994, Kabul’s original population of two million had dropped to 500,000. In 1995–96, the new militia Taliban, supported by Pakistan and ISI, had grown to be the strongest force.

On September 2001 the 9/11 terrorist attack which the USA believed that Osama Bin Laden head of al-Qaida was the behind the attacks. The United States began bombing Afghanistan and 10 years later kill Osama. 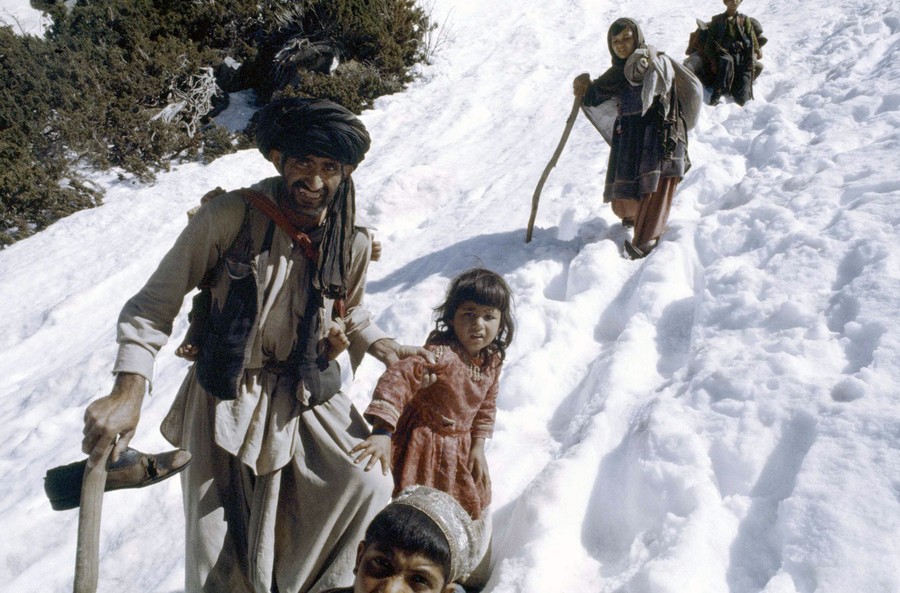 With the rising of ISIS in Afghanistan, the country was plunged into a new humanitarian emergency and Afghans into a new internally displacement and the refugee crisis.

Since invading in 2001, the United States has poured more than $117 billion into Afghanistan.

The war has enjoyed bipartisan support from the beginning. Bush launched it. Obama began his administration approving a “surge” of 30,000 troops for what he called the “good war.”

The United States went into Afghanistan after the 9/11 attacks to get bin Laden, quash Al Qaeda and punish the Taliban for harbouring them. Bin Laden is dead; Al Qaeda has metastasized across the region; the Taliban have been hunted for 16 years.

Now there is no clear vision of where we’re headed.

A blank check to wage war anywhere, any time, for any length,

To me it is quite clear with Trump “where we’re headed”—to more years of endless war without victory, wasting more lives ensnared in a war with no exit.

So the situation isn’t complicated:

There is enough opium production in Afghanistan (something the US was never truly capable of controlling or suppressing.) to ensure that the current war ends in a dream-like state and armed nation-building does not work.

Forty years might seem a long time but its nothing compared to wars back in the days when wars lasted from anything up to 700 years.

So here are few brewing for the future.

Because of Donal Trump re-election. His inability to learn from Vietnam or Afghan that military power will mean little when drawing into a decades-long guerrilla war with factions of the Iranian regime.

Because the Ethiopia Blue Nile dam is 60% completed…

Because the collapse of Lebanon, the Arab Spring, the Yemen civil war, and the Qatari blockade are all significant global geopolitical events spawned by tensions between Iran and Saudi Arabia. The two nations are already engaged in numerous proxy wars in Syria, Yemen and Iraq, and as time goes on this list is only set to grow in size.

Because North Korea operates as a military dictatorship,

Because Nato needs to justify its existence.

The Irish have always been noted for a complete disregard for time.

Why?
Because it is safe to say things are not going too well in Venezuela.

Because it is home to 10% of the world’s fisheries and tens of billions of barrels of oil.

Because we were too lazy and gave away all of our data.

Because this could very well be the catalyst to end all wars.