We all recognize that there are many problems in our world, which with our collective intelligence could be address if we did not turn them into profit-making.

The dire warnings about climate change are on the top of the list, but as we have seen the recent UN Climate Conference in Madrid shows that we once again are unable to act collectively. Instead, we opt for blindness and continue as if nothing can change the inevitable disaster awaiting us all.

Because it is abstract happing over there, impossible to describe – the Amazon is burning, California is on fire, Australia is covering New Zeland with smoke.

Half the world might not believe in the science, but it’s no longer acceptable to hind the truth behind rhetoric that is saying one thing and feeling another as if deny it.

We know that there are climate refugees, that the Arctic is melting, that there is flooding, extreme weather events, droughts, famines, but the story is too complicated we do not feel immersed in it.

Because we don’t believe it we are incapable of believing, we can do something about it even if it is a solid scientific fact.

What is knowledge when our brains are unprepared to receive it?

Most of us can’t explain how our individual and collective behaviour is boosting hurricane winds.

On one hand, we have to feel it, believe it, but our brains find it difficult to imagine ourselves in the future and to plan for that future.

Therefore the question to be addressed by all of us is.

Are we even capable of believing what the scientist are telling us?

Greta Thunberg might be the figurehead for change, but the emphasis should be on doing.

The change required is not to wait for feeling or belief,  but to act.

Some now argue that the focus should be on the personal shifts taking the responsibility away from Governments. In my mind governments have a responsibility to oversee the conversion to green energy by ensuring that Climate Change does not become a product to be sold for a profit,

We have a colossal opportunity with climate change to do one or the other, turn it into profit-making or save what left of our planet.

The problem with profit is already here to see.

In fact, that’s exactly what Big Oil firms have just started doing. Relying on oil alone simply won’t be enough for the oil supermajors to sustain their profits.

Bio this Bio that, Wall Street Carbon Credit, Green bonds. When you some of the biggest companies on the planet decide to start spending money, we’re more than happy to get in on the action.

This is just the beginning of the trend.

Sadly externality costs of fossil fuels are shouldered not by fossil fuel producers, but rather by wider society.

After gods knows how many Climate summits and we are still unable and will remain so to agree on any practical solution or action other than rely on technology to come to the rescue.

Why is it not possible to cover every bit of unused land with Solar panels?

Because the problem is that we normally don’t use logic to make the decision which electricity source to use. We want it all.

When looking at sustainable electricity resources, we commonly identify four:

Each of them is renewable, but that doesn’t necessarily make them sustainable.

If producing a renewable energy device costs more energy than it produces during its lifetime, it’s not sustainable.

Mining coal is bad for the environment, but mining neodymium and other rare earth metals for wind turbines is equally polluting.

Let’s not close our eyes to what’s happening:

There’s one overarching aspect of social sustainability – we have one globe where we can provide enough food and energy for everyone. Using the planet’s effectively and efficiently is therefore crucial.

Economic sustainability seems easy enough to measure. If a technology can be sold without subsidies it is sustainable, right?

But in most countries, fossil fuels belong to the most heavily subsidized products.

According to the IEA’s World Energy Outlook, fossil electricity is still subsidized for over $100 billion worldwide.

So, how do renewable energy technologies compete with that when subsidies for renewable sources are only one-sixth of that? And which of these can be called economically sustainable?

The one that can be purchased cheapest by consumers.

Sustainability is a very complex word and entails many aspects of which we’ve only scratched a few here to illustrate its diversity. 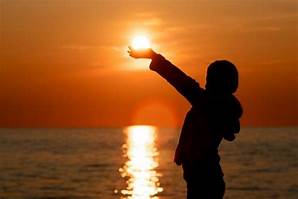 How do we deal with all these aspects? Can we balance all the pros and cons? And how do we do that?

What we can do, is use the full matrix of available renewable electricity technologies and use them in the most sustainable way. Just by using logic.

Solar panels on sloped roofs that are otherwise not used,? Yes, please!

Solar panels on Dutch polders ( Low-lying land)  instead of cattle to create an “energy landscape”? No!

Wind turbines on the North Sea with high impact on nature? No!

Hydropower with dams that submerge complete villages and arable land in Brazil?! Madness!

Corn production for energy while we could produce food or feed? Of course not!

Electricity production from living plants while the plant grows while producing rice on the same surface? Yes, please.

We want electricity for the whole world, at low cost, at low environmental impact, as soon as possible, with high return for the companies, with large local economic growth, with high shareholder value, easy to use for consumers, available always and everywhere.

You know what? That’s not possible.

Let’s decide what’s most important and take that as a starting point.

Starting point 1: I want cheap electricity: Here’s your coal-fired power plant. It has all the advantages of cheap electricity, but don’t complain when the Earth dies and when you’ve run out of coal.

Starting point 2: I want renewable electricity at the lowest possible price: You’ve got the choice of hydropower, wind power, solar power or biomass.

Depending on local subsidies and providers, one or more of these options will be available to you. Some of the electricity companies will provide “green electricity” and you don’t even have to choose.

Please don’t ask about the exact sustainability of your renewable electricity. It’s cheap, it’s renewable, forget about the rest.

Let’s check what can be combined with other applications at the same land and what has the lowest impact on nature and people in the long run. You might have to pay a bit more than you’re used to, but at least you’ll be assured of a long-term solution and availability of electricity without hampering the access to other resources for yourself or others.

If we all chose starting point 1 nothing will change, we won’t stop climate change and smog will be the number one death cause in large urban areas.

If we choose starting point 2, we’ll focus on low prices that will compete with the sustainability of the renewable energy source. We might end up using fossil resources to produce renewable technologies and not changing anything in the end.

I’ve chosen starting point three. If you do too, we might have a chance of moving towards a sustainable electricity matrix with minimal impact on nature and people.

In fact, we actually may get to a point where energy is abundant, cheap, sustainable and available to everyone everywhere.

Where are we at this point of any time?

At this point, it’s hard even to imagine what a planet that’s 3.6 degrees C hotter would be like. To put this in context, human activity has already warmed the planet by about 0.8 degrees C — enough to produce severe droughts around the world, trigger or intensify intense storms and drastically reduce the Arctic ice cap, not to mention out of control fires.

Fires that will consume the parched forests of the temperate latitudes.

The wildfires in Australia are giving all of us preview that we can’t imagine today.

All the above might be true but it does not address the main problem.

Our usage of Energy.

Industry is increasingly seen as a solution to our global environmental problems, ignoring the role of major corporations in creating the current multiple crises.

Natural resources often lie at the heart of wars and civil strife and the estimated impact of greenhouse gas emissions varies widely due to uncertainties about the future.

We don’t know what the costs of climate change are, and health costs are highly uncertain.

Many scientists have ruled out arguments that market forces and technological changes can gradually lead to a sustainable energy future.

While the investment opportunities for renewable energy continue to grow, the question is to what extent the government ought to finance such investment.

Because it is no longer efficient for the government to invest in uneconomic technologies at an early stage. This why the political headwinds currently facing the renewables sector are immense.

As the costs of PV technology, wind turbines, energy storage, and other clean energy technology have decreased over time, they have become competitive in their own right.

So here is your new year resolution.

If your community is like many others today, most people want to offset as close as possible to 100 per cent of their consumption.

It’s no longer necessary to have 32 acres of solar power panels to meet the demands of 1,000 homes. 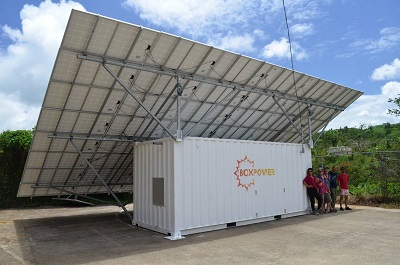 A large fixed-tilt photovoltaic solar power plant that produces 1,000 megawatt-hours per year requires, on average, 2.8 acres for the solar panels.

Concentrating solar power plants require an average 2.7 acres for solar collectors and other equipment per 1,000 megawatt-hours; 3.5 acres for all land enclosed within the project boundary.

A solar panel system for a family of three costs around £4,000-£6,000 in the UK.  Solar panels could reduce your monthly energy bill by nearly 50%

So switching to solar energy is a smart decision that allows you to create your own power instead of buying it from the National Grid.

More than half of all new electric power worldwide came from renewables last year.

Sounds too good to be true?

Prove me wrong by trying it.

Start your own research by forming an action group.