The degree of choice on the web can be overwhelming, but who, exactly, is making the “Choice”

Has The web has been highjacked by Google, Microsoft, Apple, and Social Media and their like?

Besause they are absorbing their users’ personal data and feeding greedy algrithms who in the end are disempowered by isolation from the wider web.

(By clicking continue below and using our sites or applications, you agree that we and our third party advertisers can:)

Greedy algorithms can be characterized as being ‘short-sighted’, and also as ‘non-recoverable’. The choice made by a greedy algorithm may depend on choices made so far, but not on future choices or all the solutions to the subproblem.

It is important, however, to note that the greedy algorithm can be used as a selection algorithm to prioritize options within a search, or branch-and-bound algorithm. They iteratively make one greedy choice after another, reducing each given problem into a smaller one.

They can make commitments to certain choices too early which prevent them from finding the best overall solution later.

Without any accountability, they are drastically changing the ways we conduct our daily lives.

There are a few variations to the greedy algorithm:

With Social networks, slowly algorithms are growing more and more powerful and their predictions growing more accurate. It won’t be long before we could see living, breathing, as the choices of a greedy algorithm.

In other words, a greedy algorithm never reconsiders its choices.

The web is cleaving into the haves and have-nots of news readership. Wealthy readers will pay to opt-out of advertising; less privileged readers will have to stick with news that’s ad-supported.

For example, take Google, one of the leaders in using big data and algorithms to support human decision-making. Google has developed both a hiring algorithm and a retention algorithm it analyzes candidates against this profile to make hiring decisions.

Algorithms to develop lists of “flight risks” — that is, people who are likely to leave their jobs soon.

Amazon’s Choice” algorithm, which leverages a machine learning model to discern what products a customer most likely wants. Amazon Alexa and other voice assistants are drastically changing the ways consumers encounter products.

Customers are no longer putting themselves in front of physical products before purchasing them.

As more users are turning to voice ordering through the Amazon Alexa platform and its competitors we are losing control over our personal data.

(We can make whatever choice seems best at the moment and then solve the subproblems that arise later.)

On top of all of this, we have all become blind to the damage that the internet can do to even a well-functioning democracy. Brexit/ USA.

It might be true that around the world, social media is making it easier for people to have a voice in government — to discuss issues, organize around causes, and hold leaders accountable, but these governments are winning elections by false news, echo chambers where people only see viewpoints they agree with — further driving us apart.

If there’s one fundamental truth about social media’s impact on democracy it’s that it amplifies human intent — both good and bad.

Unprecedented numbers of people channel their political energy through this medium, it’s being used in unforeseen ways with societal repercussions that were never anticipated.

So it is inevitable that Facebook to influence public sentiment — essentially using social media as an information weapon.

Some 87% of governments around the world have a presence on Facebook.

And they’re listening — and responding — to what they hear.

Misinformation campaigns are not amateur operations.

Increasingly the web will become profoundly useless unless we demand the Web we want from Governments and the Monomorphic platforms that dominate it today.

We are all part of the web so what we endorse must be questioned as to the transparency as to where the information comes from in the first place.

Today the bulk of people who are or not doing this are isolated from each other by Apps.

The like button is not a public metric for the popularity of content. It is a flattener of credibility. 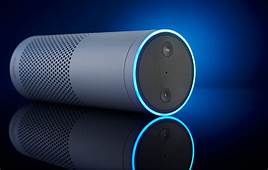 There is no point waking in the morning with Alexa telling you what to do, where to go and what it has bought and who to vote for.

Even if social media could be cured of its outrage -enhancing effects it is undermining democracy.

Even though we have unprecedented access to all that was ever written and digitized we are less familiar with the accumulated wisdom of humanity becoming more and more misguided.

There can not be self -governance for the web.

Fake news, Racism, Pornographic content and unfounded crap should be removed by not allowing anything to be posted without a traceable verified name or source.

Perhaps its time we all franchise our data as we are entering into a continuous partnership so both parties need to be confident it’s the right fit.

It’s all a choice. Just do something about it- YOU CAN, what is true technology integration?

How we are going to learn content is one of the ways forward.

In fact, everywhere we look we are starting to be presented with more choices.

Resolve to avoid false comparisons on the web is not possible so the future of the web is all about choice but it is important to understand the paradox of choice.

Choice without education or choice with education.

you ultimately do have to choose. so be the difference that

Events change our perception and our perspective changes

with experience but at least let our choices about Our lives

which are constantly in flux be our choices.