Different Aspects of Time, Quantum reality, The Future of Mankind, WHY IS TIME SO CONTROVERSIAL?

( In your own time read)

The concept of “time” is a weird one and it is getting weirder.

Isn’t it possible that kazillions of years ago, there wasn’t anything at all, not even time?

Of course, this is the question that defies an answer, as it requires the answer to what time is.

There is no other concept that captures the imagination more than the idea of time travel – the ability to travel to any point in the past or future.

But the future is constantly being transformed into the past with the present only lasting for a fleeting moment. Everything that you are doing right now is quickly moving into the past, which means we continue to move through time.

Time has direction, always advances. Time has an order, one thing after another. Time has duration, a quantifiable period between events. Time has a privileged present, only now is real. Time seems to be the universal background through which all events proceed, such that order can be sequenced and durations measured.

You cannot literally see or touch time, but you can see its effects. 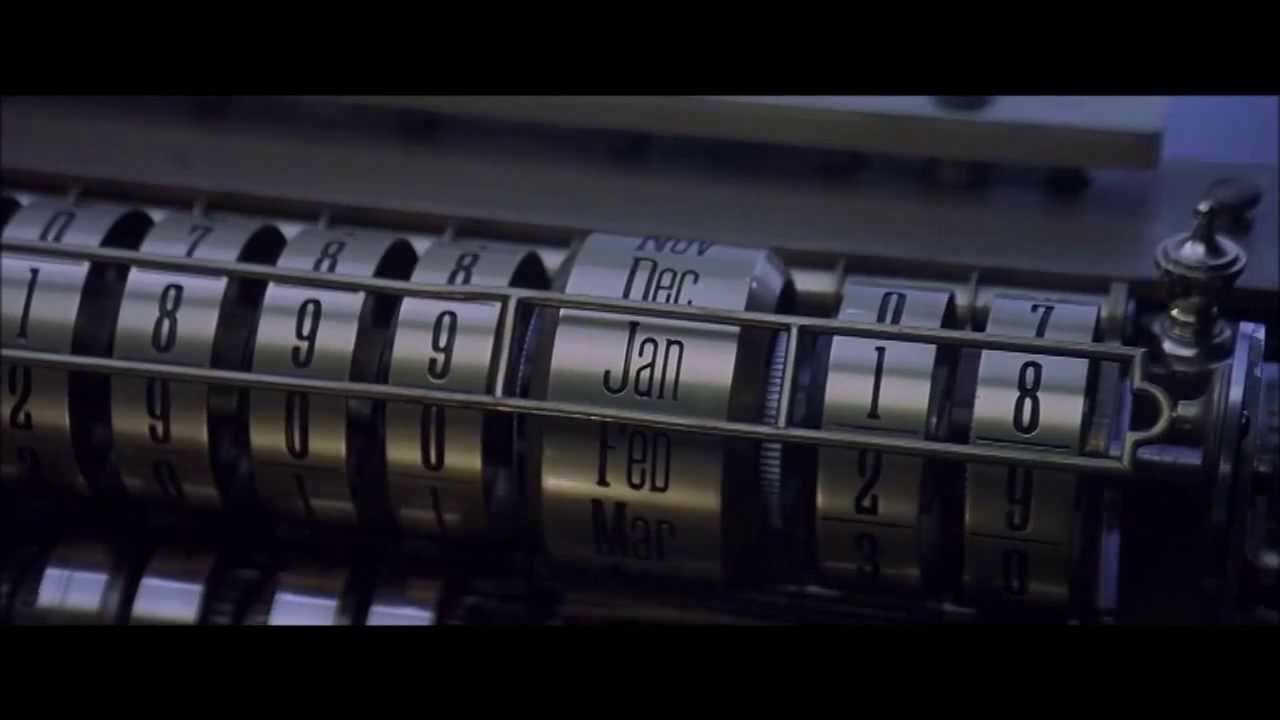 Up to now, this appears to be true.

Then along came Quantum Mathematics.

Quantum Mathematics says our choice in the present moment affected what had already happened in the past…. Quantum effects mimic not only instantaneous action-at-a-distance but also, influences future actions on past events, even after these events have been irrevocably recorded.

Reality does not exist unless we are looking at it.

So matter is a derivative from consciousness.

Another words the present can only be defined by the process of becoming correlated with our surroundings.

It suggests that we are living in a holographic-type of universe with no time.

Time is now a prime conflict between relativity and quantum mechanics.

In quantum language, they say energy disperses and objects equilibrate, because of the way elementary particles become intertwined when they interact — a strange effect called “quantum entanglement.”

Therefore the backdrop for the steady growth of entanglement throughout the universe is, of course, time itself.

So is time irreducible, fundamental, an ultimate descriptor of bedrock reality?

Or is it our subjective sense of flowing time, generated by our brains that evolved for other purposes, an illusion?

Why am I relevant or an Illusion?  Time may not be what time seems, so are giving false importance to the present moment?

Is time really a second picture, then change really. Its an illusion, because there’s nothing that’s changing; it’s all just there — past, present, future.

Quantum physicists are unmasking a more fundamental source for the arrow of time and many assert that time is an illusion.

We all have the illusions, at any given moment, that the past already happened and the future doesn’t yet exist, and that things are changing.

But all I’m ever aware of is my brain state right now.

I’m looking at you; you’re nodding your head. Without that change, we wouldn’t have any notion of time.” Change is real, but time is not.

At the deepest foundations of nature, time is not a primitive, irreducible element or concept required to construct reality but what reality depends on what time is.

Time is like space, in that every event has its own coordinates, or address, in space-time.

Time is tenseless, all points equally “real,” so that future and past are no less real than the present.

If the new line of quantum research is correct, then the story of time’s arrow begins with the quantum mechanical idea that, deep down, nature is inherently uncertain.

But how can a single piece of matter exist and express itself in multiple states, without any physical properties other than time?

There is no “true” state of the particle; the probabilities are the only reality that can be ascribed to it. (A particle is a minute fragment or quantity of matter.)

Quantum uncertainty then gives rise to entanglement, the putative source of the arrow of time this could replace human uncertainty in the old classical proofs as the true source of the arrow of time. The system as a whole is in a pure state, but the state of each individual particle is “mixed” with that of its acquaintance. The two could travel light-years apart, and the spin of each would remain correlated with that of the other.

The essence of relativity is that there is no absolute time, no absolute space everything is relative. Absolutely nothing existed but we are all bound by time and space.

To be anywhere, everywhere or nowhere at all.

Because no observer has knowledge of a distant event, or the simultaneity of different events until they are unambiguously in that observer’s past something else exists.

Something that exists outside of time and space. Invisible but needs an environment to exist in, but what?

Some kind of untranscendence is essential.

No observer has ever witnessed nothing if it had, there would still be absolutely nothing now.

Time by itself doesn’t do anything. Why would anything just “show up”

No gravity, no dark matter, no atoms, not a particle of anything. No air at all. No dust at all. No light at all.No elements, No molecules.

A “wave” of potentials, that does not take up a part of space, expressing itself in the form of multiple possibilities collapsing into one single path.

Because the beginning must have been able to exist without depending on anything else.

But how does it choose which path, out of multiple possibilities, it will take?

Eternal something must choose to change things.

What does that mean?

It means that no event can take place without the say-so of the Eternal something.

There is nothing in existence that can arbitrarily, by chance, influence it to produce something else.

Chance does not even exist. Chance itself cannot be produced by chance.

Chance is a force that must be produced by the Eternal something, or it does not exist.

It would have to be produced by the will of the Eternal something and to produce Something Else — out of nothing — requires an incredible amount of power.

So there was always a time when there was something in existence.

Time emerges out of something more fundamental — something nontemporal, something altogether different.

But time is not transparent with no material substance that can be measured or observed.  It has no end or beginning, it’s eternal and therefore does not exist.

We cannot and will not ever establish the reality of the awaiting future as time’s arrow is not steered by human ignorance.

According to the quantum mathetics, a“wave” is a wave until it is “measured” or “observed.” as with a spin or for that matter anything else.

If we look at the most recent pictures from Hubble which has helped to refine estimates of the universe’s age down to roughly 13.75 billion years, we are looking at light emitted some 13 billion years in the past.

This is calculated by the constant speed of light to convert time to distance.

As we never observed the velocity of light in vacuum propagating at a different velocity it is deemed to be right and the mainstream scientific community carried on believing in the fallacy that the speed of light is always constant.

But according to Quantum light from any observer’s perspective cannot always be measured to be constant.

Therefore the time interval between two events is not equal for all observers.

Since we cannot travel at relativistic speeds at or close to the speed of light, we have no points of reference to compare the nature of light to.

This conversion factor is not constant,

The best we can say is that the invariance of the speed of light is dependant on the nature of space-time. Its planet-bound behaviour must be different than light emitted in other parts of the known universe.

It is simply a conversion factor between space and time.

Our concept of motion only comes from gravity and friction and acceleration, not time.

If we were made up of nothing but photons of light, how would that being see the universe?

The being would see everything at a standstill, nothing would be moving not even light itself nor time.

Where do the property of ‘mass’ come from?

If we manage to discover the above we will discover where time comes from because the source light is travelling at our speed, no matter how fast you go.

Back to the beginning.

The beginning must have the ability to produce something other than itself.

The arrow of time does not seem to follow from the underlying laws of physics, which work the same going forward in time as in reverse. This is one aspect of time’s arrow that remains unsolved. The nature of time itself or why it seems different (both perceptually and in the equations of quantum mechanics) is outside the three dimensions of space.

Sometimes you have to have the idea at the right time.

Even what we perceive as solid objects all are manifestations of wave energy forms entanglement, with information becoming increasingly diffuse, but it never disappears completely. Like all energy consciousness is never gained or lost, it simply changes form.

The arrow of time is an arrow of increasing correlations between the void and consciousness energy.

It is known that outer extremities of the universe are expanding technically faster than the speed of light.

Technology may end up creating a new race…cloning, other forms of biotechnology, artificial intelligence, etc but avoid is avoid.

This is bound to be of massive interest to any future societies for nothing matters … only humans make it so.

We don’t live in the universe, we are part of it.

Every molecule we move, everyone we touch, every penny we spend impacts others.

From an everyday point of view, our minds perceive that an object should behave like a wave or a particle, quite independently of how it is measured.

It has nothing to do with the question of “Why are we here?”, as one person has suggested, it’s more a case of “Where are we going?”

Unfortunately one would have to outlive the universe to witness it.

Particles arrived at a state of equilibrium, and their states stopped changing.

If we could change the past, it would create an infinite number of paradoxes.

The only reason I feel like I have a past is that my brain contains memories lost in time.

It is only when one unifies the concepts of science and spirituality that one begins to see the real nature of the universe. It is this consciousness and through the interference pattern of energy waves that gives rise to us, all that we perceive and that which we do not.

Has anyone travelled in the future?

Astronauts can travel a few nanoseconds into the future.

Think about that for a moment, the observer caused the wave function, which generates an interference pattern.

If we are, to be honest with ourselves, we had better think twice before dismissing the possibility that the void had a visitor called time.

After all, their experience conforms to the idea that the earth is really flat.

Its time to stop.