Racism., The Future of Mankind

This subject remains somewhat taboo so before I start I wish to state that I am of white skin and that it’s evident to me that a person can’t have racist attitudes unless he or she believes that there are such things as races.

Having traveled most of Africa and a great portion of the rest of our world I don’t believe in a race but in humanity as a whole.

Sadly, within humanity, racism has been a plague since the record began and prevails to the present day.

Yet the root cause and origin of racism is in fact not human, and hence leads to inhumanity – “a denial of the right of existence of entire human groups.

Armenian Genocide,  Bosnia, Cambodia, and Rwanda, The European colonization of the Americas, Tribes such as the Yahi were hunted to extinction. The liberation war of Bangladesh in 1971, The Darfur Genocide, The Yazidi in Iraq by ISIS. The Rohingya in Myanmar. The Uyghurs in China not to mention The Holocaust.

So, to have any understand racism, you need to understand the concept of race. 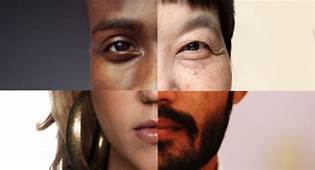 The phenomenon of racism is like standing in front of a mirror seeing your mirror image as the only acceptable image.

The vernacular meaning of “race” is quite different from its biological meaning.

In the vernacular, when one person describes another as being a member of a certain race, they are not pretending to be making a claim about that person’s genetic make-up.

We are inclined to conceive of races as populations that are defined by the possession of a shared essence that all and only members of the population share.

Of course, this is all baseless.

The present-day biological notion of race has nothing to do with the past’s so-called “scientific” racism.

The idea that members of the same race resemble one another is prevalent and intuitively compelling. The only problem with it is that it’s dead wrong.

Members of the same race resemble one another in more ways than members of different races do.

But this doesn’t work either.

If we are serious about combatting racism we should not be celebrating racial diversity.

Instead, we should be concentrating our efforts on undermining the very idea of race.

If we considered only very few traits—primarily skin color overall visual similarity is the basis for assigning people to racial categories. One has to ask oneself as to whether democracy, the rule of law, and human rights can ever properly take root till racism disappears, which still casts a shadow over society.

Recent debates about slavery in Britain and the United States have understandably focused on the toxic legacies those systems bequeathed to the black peoples of the Caribbean and the US, the descendants of the slaves.

One could say that both Britain and the USA of today were foundered on slavery and colonialism.

Britain as a nation is built in no small part, on slavery and colonialism, it has long infected their culture and institutions.

Since politics emerges from these cultures, racism is embedded in their institutions and involves distributing resources and power, it could never be immune.

Will this crucial bring about a post-imperial day of reckoning?

In 1968, Enoch Powell warned there would be “rivers of blood” if non-white immigration were not halted. In 1978, Margaret Thatcher referred to Britain as being “swamped by people with a different culture” – a phrase repeated by David Blunkett in 2002 in reference to asylum seekers’ children in schools.

In 2009, the British National Party won two seats in the European parliament.

In 2014, Nigel Farage, then the leader of Ukip, said: “the basic principle” of Powell’s rivers of blood speech was “correct”: His party topped the poll in the European elections later that year.

The current prime minister has refused to apologize for referring to black people as “piccaninnies” with “watermelon smiles” and Muslim women as letterboxes.

It’s difficult to see what meaningful conversation you can have about racism in British politics that does not involve the Windrush scandal.

Racism is a systemic form of discrimination in the foundations of the country, not a cricket club with its centuries-old legacy, that shapes lived experience today in England today.

As such, it cannot be weaponized because it is already a weapon.

As well as denying people employment, housing, education, equality, human rights, safety, and opportunity, it in both countries can literally kill.

Racism can, however, be deployed in many ways.

It may galvanize, distract, deflect, distort, scapegoat, and marginalize. It is an incredibly effective tool for dividing people and giving a sense of superiority to those to whom you have nothing material to offer.

Does it mean that nothing can be done about it?

The racism that exists in politics can only be eradicated through politics and education.

England’s post-imperial self-reckoning feels harsher, largely because it has been postponed for so long, and the memories of power and glory are so ineradicable.

In the U.S. The Constitution is where institutional racism was encoded from its origins.

There is no such thing as an ‘illegal’ asylum seeker. 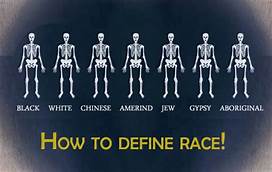 As long as there are human beings around there is no way to eliminate or even prevent it and before I write any more words on the subject I declare that I am a white human and it doesn’t matter what color, creed, culture, class, rich or poor if you talk about it you are racist.

The very mantra “Black lives Matter is in its self racist” as all lives matter.

For thousands of years, most religions promoted a sort of “them versus us” mentality. Although both the Christian bible and the Muslim Koran advocate that we are all equal in the eyes of God, bar a select few, the vast majority of religions considered their adherents to be “chosen.”

Unfortunately, we have never “bought in” nor will we, into the notion of equality for all.

Maybe because we have (in our own minds, at least) suffered economically due to the efforts of others to secure equality for all; or because we simply refuse to recognize the right of all to ” life, liberty and the pursuit of happiness”.

Racism might not exist as once it did in Colonial times when numerous wars were fought because of race. Today it remains virtually impossible to go a week without hearing about some sort of racially motivated attack.

So the whole point of this post today is to raise an ethical issue related to AI that is often overlooked when it comes to Racism.

Although AI might be the single most tremendous technology revolution of our days, with the potential to disrupt almost all aspects of human existence it is and will widen inequalities the main reason for racism in the first instance – gaps of opportunity.

So what is racism?

~ Oxford Dictionaries Racism: The belief that all members of each race possess characteristics, abilities, or qualities specific to that race, especially to distinguish it as inferior or superior to another race or races.

Racism and capitalism are good friends, dependant on one another. Now with Artificial intelligence industrial colonialism, we are witnessing it and hearing of it every day.

It’s a shame to say that racism is rife in such a modern and progressive world, but it is and it can’t be fought by some UN declaration that is purely symbolic.

If we had an idea to work towards, that would bring us a whole lot closer to being able to live together racism would be diluted.

This is not possible as our social evolution has been far outpaced by our technological development which if left to its own development will systematically erase people of color from our vision of the future.

Given that society has, for centuries, promoted the association of intelligence with white Europeans, it is to be expected that when this culture is asked to imagine an intelligent machine it imagines a white machine,” said Dr. Kanta Dihal, from the university’s Leverhulme Centre for the Future of Intelligence (CFI).

The ethical impact of AI.

Racism is now related to the generalization of specific characteristics to all the members of a race. Generalization is a key concept in Machine learning and this is especially true in classification algorithms.

People are categorized in one form or the other; this is a way of life and we have to live with it. Ultimately racism (as indeed all prejudice) is about fear, fear of the other, fear of difference.

If the data used to train the model are biased, the model will produce a biased result.

One day we may evolve past this ugly human characteristic but until then Big Tech and white culture as a whole examine their own uncomfortable complicity in creating the systems and structures that create two distinct camps: The oppressors and the oppressed, we are condemned to repeating the mistakes of the past.

Rather than pay lip service to the politically correct and moralize about race, the United Nations would do better to address the question of regulating the growth of Artificial intelligence as most of our current organizations are driven by people who are blind to the impact that race and racism are having on shaping, not just technological processes but also our lives.

People should be taught to unite on the values that they hold about life.

So here we are some two hundred years on from the Tulsa massacre with a pandemic that is not racist, mortgaging our future to pay off the present, with a robot on mars looking for salt, while the planet is in Climate turmoil, facing a future that only artificial understands.

The Danger is obvious when it comes to AI.

Technology itself is not neutral.

Because many of these systems we are developing are only looking at pre-existing data. They’re not looking at who we want to be … our best selves.

We can massively limit the amount of racism in our society, but this will never happen whilst governments simply say we are not racist.

In tackling racism, one of the first tasks must be to disband all organizations that have been set up to deal with racism!

The importance of data collection and data organization will determine future racism.

Because when these two actions are performed poorly, ethical and cultural biases can be encoded in the machine learning model.

Up to now some of the perpetrators of the worst abuses of human rights have been allowed the loudest voice.

Divisions over Zionism, reparations for slavery, and other issues seem insurmountable.

Any measures taken have to be reasonable and relevant to the world we live in today, because where white racism stops black/ Asian racism starts.

Today, refugees, migrants, and so-called “foreigners” have become some of the primary targets of hatred and racial profiling. There will be no telling what we will label Climate \Change migrators. 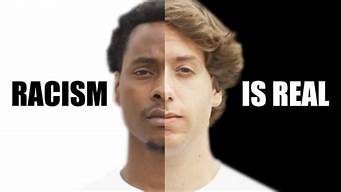 We are rapidly approaching the day when an autonomous artificially intelligent may have to make ethical decisions of great magnitude without human supervision.

The UN used to recognize Zionism as being a form of racism until 1991.

If we can’t agree on how humans should act how will we ever decide on how an intelligent machine should function.

AI Racism, in my opinion, is inevitable.

Every person is entitled to human rights without discrimination. If you said yes, you’re definitely in sync with the modern age.