On a annual salary of £115,000  and expenses Liz Trust lasted less than fifty days in office.

She can walk away with £19,000 in severance pay plus her expenses.

Theresa May a sitting MP can claim a parliament staffing budget of £35,000 on top of the annual  salary.

So what does it all cost?

The Gravy House of the Lords.

They are entitled to £323 pounds a day just for signing into the Chamber.

The Poor House the Common’s.

The Tories are throwing away any right to claim that they are the careful custodians of the public’s money.

The inglorious history of their follies are crying out with horror at the cost, crying with laughter at the sheer stupidity of so many bad decisions. They are now making a very strong bid to be the most blunder-prone regime of the modern era.

The net cost of the bank bailouts—once you factor in money recouped by the government—was £27 billion. Separate figures from the National Audit Office (NAO) in 2018 estimated the sum spent to stabilise the banks to be £133 billion.

Most of the trade deals with non-EU countries that the UK has signed have been small in their economic effect, and have merely been “rolled over” from identical ones when we were an EU member.

The impression was that there would be no downside. We would thrive outside Europe’s bureaucracy which was strangling our companies with red tape. The huge benefits of the single market – trading freely across borders, with common standards – were never highlighted.

Two new carriers that has attracted criticism over its £6.2bn cost more than £2bn over the original estimate.

The latest estimate of the cost of HS2 has spiralled to between £72bn and £98bn.

Then came the dispute over the Northern Ireland protocol, an issue that so infuriated the EU it has refused to ratify Britain’s associate membership of the €95bn scheme.

The final cost of the Tories is that 70% of economic turnover was international before Brexit. It went from 70% to 50% to 30%,  it would be twice the size if it were not for Brexit.

Then came Covid which compounded Brexit’s disruption to British government, while Boris Johnson’s cavalier approach to leadership and to constitutional norms puts stresses and strains on all of its institutions. The books on the history of Covid-19 will show the ways in which money was blown in such spectacular style. It was a vast pyrotechnic display of borrowed moola such as we’ll surely never see repeated. Much of it, in the UK, as with other countries, was spent without apparent constraint.

Furlough – or the Coronavirus Job Retention Scheme, to give it a name – cost a staggering £70bn.

The fiscal year 2020-21 was the first one in which government spending in the UK surpassed a trillion pounds, reaching £1096bn. That was a one-year increase of 23.5%.

The Chancellor of the Exchequer, Kwasi Kwarteng, said:

“Economic growth isn’t some academic term with no connection to the real world. It means more jobs, higher pay and more money to fund public services, like schools and the NHS.

Leave the Tories in power and the results will speak for themselves.

The UK has higher levels of regional inequality than any other large wealthy country.

Levelling up like Boris it is absolutely miles away. It would cost  hundreds of billions of pounds over decades if done properly. its

Nothing more than rhetoric in a country up to its neck in Debt.

The cost of Boris Johnson’s ‘levelling up’: £2tn.

A drop in the ocean of inflation. 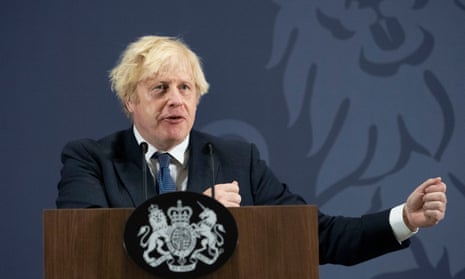