Capitalism vs. the Climate., The cost of Climate Change., The Future of Mankind, Visions of the future.

It is now beyond the obvious that it is going to take trillions and trillions to reduce the impact of climate change.

It is also obvious that we are incapable of addressing any of the problems that climate change is waiting to reveal on the world on a global scale.

I DON’T KNOW ABOUT YOU BUT IT IS BEYOND MY COMPRENSION THAT WE REMAIN SO INACTIVE TO DO THE RIGHT THINK AND DEMAND THAT OUR POLITIONS GET REAL.

More than 800 million people—11% of the world’s population—can already feel the consequences of climate change in their daily lives, including increased frequency of natural disasters, prolonged droughts, and irregular weather patterns. 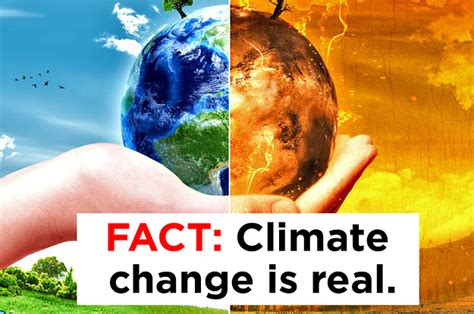 Extreme weather events are known to create poverty traps, or conditions linked to health, education, livestock, and assets that perpetuate the cyclical nature of poverty because people need a significant amount of capital to recover from them.

Since poverty and climate change is a two-way street, reductions in poverty
now can allow people to better adapt and respond to changing environmental conditions in the future.

WE ARE NOW JUST ON THE TRESHOLD OF REAPING THE REWARDS OF TRASHING OUR PLANET FOR CENTURIES FOR SHORT TERM PROFIT.

To day countries spend billions on defence, but there is no defence from climate change.

We all know that the impacts of climate change and global warming will have a snowball effect, generating more and more problems as the crisis unfolds world wide.

We all know it is happing.

The simple truth is that no single solution can address every cause and effect of global climate change—it will take collective, significant actions at all levels to preserve the planet and protect our future.

This is now common sense not a scientific theory.

So what are we doing?

Spending $239 for every person on the planet, 2.1% of the world’s gross domestic product (GDP), on military budgets.  Poring up banks, Pouring money into GDP, No politician wants to tell us the real story of fossil fuel depletion.

The real story is that we are already running short of oil, at the same time, wind and solar and other “clean energy” sources are nowhere nearly able to substitute for the quantity of fossil fuels being lost.

This unfortunate energy story is essentially a physics problem.

Energy per capita and, in fact, resources per capita, must stay high enough for an economy’s growing population. When this does not happen, history shows that civilizations tend to collapse.

Politicians cannot possibly admit that today’s world economy is headed for collapse, in a way similar to that of prior civilizations.

Politicians will avoid talking about possible future economic problems related to inadequate energy supply. If there are energy supply problems, they need to be framed as being temporary, perhaps related to the war in Ukraine.

Politicians want to get re-elected. They want citizens to think that everything is OK.

Most high-level politicians are aware of the energy supply issue, but they cannot possibly talk about it.

Instead, they choose to talk about what would happen if the economy were allowed to speed ahead without limits, and how bad the consequences of that might be.

So politicians cannot tell the world how bad the energy situation really is.

Furthermore, politicians see that they can have more control over populations if they can direct citizens in a way that will use less energy.

They would like the news media to publish stories saying that any economic dip is likely to be very mild and temporary.

What is wrong is a physics problem.

The operation of our economy requires energy of the correct type and the right quantity. The economy is something that grows through the “dissipation” of energy.

Citizens around the world can sense that something is very wrong.

It looks like the economy may be headed for a serious recession in the near term.

If a person understands the connection between energy consumption and the economy, such a rapid drop in energy supply looks like something that would likely be associated with economic collapse.

The rich and powerful can see this change as a good thing if they themselves can profit from it. When there is not enough energy, the physics of the situation tends to lead to increasing wage and wealth disparities. Wealthy individuals see this outcome as a good thing: They can perhaps personally profit.

Bill Gates has amassed about 270,000 acres of farmland in the United States, including newly purchased farmland in North Dakota.

Estimates of how much money it would take to end global climate change range between $300 billion and $50 trillion over the next two decades.

Even now, I am one of a very small number of people in the world writing about this issue.

We are now seeing that the approach seems to produce inflation rather than more energy production.

If people are not to freeze in the dark in winter, longer-term solutions are needed

.Militaries around the world are no doubt well aware of the fact that there will not be enough energy supplies to go around. This means that the world will be in a contest for who gets how much.

In a war-like setting, we should not be surprised if communications are carefully controlled.