Recently the BBC spent millions up dating its News broadcasting Room. The result appears to be that the new format is crippling the quality of its reporting, with the weather taking up five minutes.

The World’s Newsroom is supposed to be a fusion of the BBC’s international journalism and state-of-the-art technology, pulled together under one roof.

But it appears since England left the European Union the BBC is now rapidly becoming a news platform that is afraid to express a view, because its priorities are all wrong.

The BBC could learn a lot from its competitor – Al – Jazeera.  They broadcast the sort of foreign news reports which the BBC used to be brilliant at.  It is the news to go to for a world view.

The BBC’s foreign news coverage is a shadow of what it was. 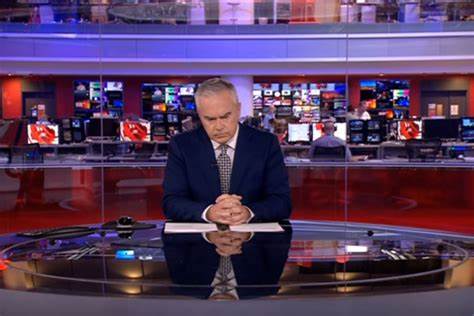 Lets hope it gets its balls back.

In order to offer the rationality behind the news stories, not with its broadcaster’s repeating line like parrots, as if their brains can only cope with sounds bit.  Dumping mush in the form of needless padding and pointing at graphs that they appear to think we cannot see – the line going up is bad the line going down is good.

What does ‘public service broadcasting’ actually mean? How does the BBC adapt to a world in which TV (not radio) audiences are on an apparently inexorable decline as young people consume their media via anything other than a TV screen?

We are now seeing the results of misguided policy, of having no new voices where politicians are held to account through rigorous interviewing.

Andrew Marr quit the show that bore his name last year, saying he wanted to get his “own voice back”.

His Sunday morning politics show was a staple of British political discourse. Marr hosted it for 16 years.

Laura Kuenssberg had been in discussions about a move to the Today programme. It is expected she will receive a pay rise from her existing £260,000 salary. Marr received £335,000 in his role.

His show was axed and replaced by Sunday morning Politics where the interviewed barely gets a couple of sentences out before someone butts in. It’s not a format in which it’s really possible to hold a politician to account because the time for follow-up questions isn’t there,  lamentable.

The trouble with most current affairs shows nowadays is that the interviewee is well aware that the interview is only likely to last a maximum of 5 minutes, so they pre-prepare all their soundbite lines and trot them out whatever they’re asked.

If the BBC can’t cover news and politics properly, you really have to wonder what it’s for.

So for crying out get a grip and report the news that matters not the number of gold medal but the numbers that really count.