As the current Ukrainian/Russian conflict demonstrates.

There is no formal definition of sovereignty or a sovereign nation defined in international law or contained in a single treaty.

We are now supposed to be physically, politically, and economically one world with nations so interdependent that absolute national sovereignty of nations is no longer possible.

Which came first, the nation or the nation-state?

While some European nation-states emerged throughout the 19th century, the end of World War I meant the end of empires on the continent. They all broke down into a number of smaller states.

However, not until the tragedy of World War II and the post-war shifts of borders and population resettlement did many European states become more ethnically and culturally homogeneous and thus closer to the ideal nation-state.

The concept of a nation-state is notoriously difficult to define and there is no better example of this than England.

Now after Brexit, it is referred to by the media as the Four Nations.

Theoretically, Sovereignty means the “absolute and indivisible” authority and power of the State and its government. Through Sovereignty, the government has complete control over what is going on within its territorial boundaries and internationally, it indicates certain equality between nations.

Sovereignty has for a really long time been considered the fundamental pillar of the international system. Of course, this no longer holds true as right now the problem with sovereign nations is that each time a country joins an international organization or signs a Treaty, it restricts its freedom of action and thus gives up a part of its sovereignty or independence, even if only a small part.

So the concept of sovereignty does not work out perfectly in real life, it is outmoded and a rather ambiguous conception in the present-day civilization.

Does this hold true?

This, of course, does not imply that a state can exert dominance over other states or its subjects but many states find themselves being under the economic, ideological, and cultural control of developed countries which poses a major challenge to the sovereignty of the states.

It is first important to understand what sovereignty actually is.

Individual sovereignty is the right and the ability to govern one’s actions independently.

While National sovereignty which used to mean national independence has to be viewed against the background of modern states in a world governed more and more by Technology.

Boutros Ghali, the former Secretary-General of the United Nations very rightly remarked that: “The time of absolute sovereignty and exclusive sovereignty…has passed; its theory was never matched by reality”

So due to the emergence of globalized technology, the notion that the state’s decisions and laws can be sacrosanct has lost relevance in today’s world.

External, as well as Internal Sovereignty, cannot be viewed as final, since international law and sovereignty imply each other. However, sovereign nation-states will be with us for the foreseeable future, even if their influence over some areas of policy will be much less than in the past.

Is national sovereignty an obligation as well as an entitlement?

Unfortunately, this is the position of the Ukrainians in the Russian conflict.

Ukraine became an independent country in 1991 after the fall of the USSR. Independence was gained through a series of referendums with conflicting results.

More than thirty-one million people or around 83.5 percent of the electorate in Ukraine participated in the referendum with ninety percent of voters supporting the preservation of the USSR.

Just nine months after the March referendum, another was held on 1 December 1991.

The question posed to the Ukrainian people was: “Do you support the Act of Declaration of Independence of Ukraine?” Around 84.2 percent of the country participated with ninety-three percent voting in favor of Ukrainian independence from the USSR; in direct contradiction to what was decided earlier in the year.

Support for this measure was lowest in Crimea which in 2014 was re-taken by Russia, followed by Lugansk, and Donetsk which are the regions that President Putin has recognized as independent states this week.

However, the divides between citizens who have greater loyalty to Russia and Europe continue to cause conflict.

Ukraine is a multi-ethnic state, which provides some context to the ongoing issues being seen in the country. The majority, seventy-seven percent, of those who live in Ukraine identify as ethnically Ukrainian while seventeen percent identify as Russian.

So Ukraine’s government has been on a pendulum essentially since it gained its independence.

The people will elect a president closer to Russia, then one closer to Europe, and in between corruption in the government goes unchecked. The situation Ukraine currently finds itself seems to suggest that these issues will continue and could lead to greater internal violence as factions become increasingly polarized and armed by the West.

Providing the war remains non-nuclear we may see another civil war taking place at the end of this war. This will be the long-term result of the Russian/ Ukraine war.

Because we have designed a world around pay as you go for all aspects of life including our own funerals countries will best protect and further their interests by not hesitating to exercise some of their sovereignty collectively to achieve their aims.

In the meantime, the real war is being ignored.

Humanity survived the cold war because no one pushed the button and it will survive the Russian Invasion of Ukraine but it will not survive Climate Change, the button has been pushed again and again.

With refugees arriving, governments are spending billions on emergency-level funding and infrastructure to meet what they view as a crisis of national security. But in the case of climate change, there’s no equivalent sense of immediacy, no sense of priority commensurate with the dangers it poses to our future ability to feed ourselves, defend our largely coastal settlements, insure our homes, and maintain national security and keep our children safe from harm.

Those who lead us and have power over our shared destiny are now ignoring global warming to the point of criminal negligence.

As a culture and a polity, when it comes to climate change, have we arrived at a point where we are now expected – even trained – to abandon hope and submit to the inevitable?

The need to fight issues such as environmental protection, security of human rights, eradicating terrorism, war, poverty, and hunger, are once more on the back burner.

We’re making a pig’s breakfast of responding to what is now a crisis of clean energy. Reopening oil exploration, moving to new nuclear power stations, etc while the heat at both ends of the planet this week has scientists straining for adjectives. 40°C above normal in Antarctica, 30°C hotter than usual in the Arctic.

The prospect of inexorable loss, unstoppable chaos, certain doom is robbing people of hope, white-anting the promise of change.

Business as usual is not just delinquent, it’s unforgivable.

The Beady Eye voice is just a little twitter in a world of governments and corporations ensnared in a feedback loop of “common sense” and mutual self-preservation that is little more than a bespoke form of nihilism.

Ideology, prestige, assets, and territory are now tacitly understood to be worth more than all life, human or otherwise. And the four great capacities of humanity to solve a crisis – ingenuity, discipline, courage, and sacrifice – seem to be reserved for more important enterprises.

The future, by all accounts, can wait. Because there’s something bigger at stake here than culture, wars, and the mediocrity of so-called common sense.

It’s the soil under our feet, the water we drink, the air we breathe.

( Nine out of ten people worldwide already breathe polluted air — according to data from the World Health Organization (WHO). Besides, the WHO attributes around seven million deaths a year to global environmental pollution.)

The time for action is limited: Because if the end of the world really is threatening us, there is still enough time to panic before we bomb ourselves back into a Stone Age climate.

So what can be done?

The smartphone has done more for poor countries than all the foreign aid packets.  Real power now resides with the people, the citizens of the state as is the theory of ‘Popular Sovereignty.

Let’s give our grief and fury some shape and purpose and reclaim our future together.

Consumer sovereignty must take back the Monopoly Markets.

( One could argue that new innovations were not driven by consumer sovereignty because consumers cannot demand something that they do not know they want.)

If producers market a new product that does not catch on, then the consumer has exercised their influence by not purchasing. Equally, a new product or service with long market longevity is the result of consumer demand.

Our buying power is the last weapon left to demand change, to the sovereignty of unified world action.

The problem is that the English word sovereignty does not mean control.

The collapse of the world can only be prevented if nations like the USA and China stop devouring global resources before the quality of life drops to zero. 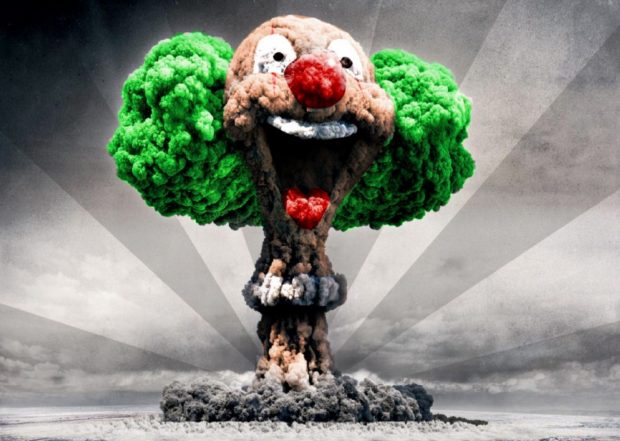 Where is your data?   It is certainly not Sovereign.

Its time to use your phones as weapons to effect change.

Al human comments are appreciated. All like clicks chucked in the bin.