The UK left the EU on 31 January 2020. The transition period that was in place – during which nothing changed – ended on 31 December 2020. The rules governing the new relationship between the EU and UK took effect on 1 January 2021. 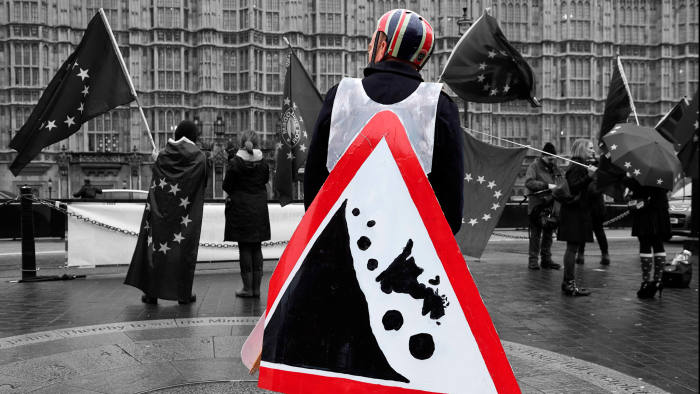 With the outbreak of war in Ukraine, it is now endeavoring to break its ties to Russian dirty money, which no doubt influenced it to leave the EU in the first place. As more and more information became available, there is no longer a mystery as to why the UK left the only organization that was formed to promote peace in Europe.

Now pathetically following in the footsteps of a United European Union with its response to the Russian invasion of Ukraine the true cost of leaving is becoming more and more apparent.

When this war is over as it will be, because all wars run out of steam the UK is not going to be at any Summit with Europe to sort out the mess that remains.

Of course, god forbid that the Ukrainian/ Russian spreads and turned into a nuclear conflict the “right to be forgotten” is written into European Union laws.

This might be to do with Privacy on the Internet, but in England’s case ( which is still unable to accept war refugees), it won’t be forgotten for all the non-nuclar reasons.

Is it conceivable that Britain might one day rejoin the European bloc it has now left?

The conventional wisdom says no, negotiations with Brussels will be a permanent fixture. Keeping the light on for its eventual return might now seem hopelessly romantic.

But I say there will be a gradual process whereby the most damaging effect on the EU with England rejoining will have to be removed piecemeal before it is accepted back into the European Union.

It is estimated that Britain’s trade volume has been pushed down by more than 10 percent compared with what it would have been if it had remained in the EU but just wait till the Russian energy tap is turned off.

Then there may be some questions over the UK’s economic eligibility, especially if it had different level playing field rules to the EU.

Under Article 49, any country applying to become an EU member state must meet the following criteria:

The UK would also need to secure the support of all member states to open and conclude accession talks. Considering the UK’s historical reluctance to integrate with the EU fully, this may be a concern to the bloc.

The UK would also need to secure the support of MEPs.

Any country dissatisfied with the prospect of the UK as a member state could veto membership, and there will be many.

With all of the world’s answers seemingly at the touch of the keyboard, people have the ability to search and find information with ease.