The Future of Mankind, The Holocaust., Visions of the future.

This post is so the world remembers the Holocaust, its victims, and those of other attempted acts of genocide throughout history. The Holocaust was one of the most unimaginable crimes in human history, resulting in the deaths of an estimated six million Jewish people.

I am of the mindset that there is more to this question than just debate itself. One has only to look at the state of the world to see that we have not and will not stop killing each other.

Since time memorial it has not changed nor will it.

Climate Change with all its pending consequences is going to lead to conflicts all over the world but it might allow us to develop an ” Objective hatred” in which the hate objects are not a human scapegoat but something impersonal like poverty, disease oppression, or natural disasters to turn our destructive energy to creative use.

It’s not if climate change is going to peel back the layers underlying so many contemporary issues in today’s society, science, and religion, and specifically, creation vs. evolution, ( that hovers very near the surface of the teaching of evolution)

Combined the consequences of climate change with profit-seeking technologies that are already fueling INEQUALITY beyond what we know now and we are looking at a world that no one wants to see.

Thanks to Hollywood, Smart TV, SmartPhone, and Social Media platforms all containing graphics pictures of killings we are evolving as desensitized humans.

If so, where are we going?

The changes with technology unlike evolution will not be gradual.

“Exciting”, maybe or, indeed, even noticed.

The short answer is “Yes,” we’re still evolving, in different directions but not in ways that excite most people.

Might we be on the verge of a different type of evolution, in which our technological prowess further integrates our biology with machine-like intelligence, processing, and mechanical capabilities?

We’re sick of hearing “Why are there still monkeys?”

Will evolution be a change in the frequency of genes in populations or will it be with personal genetic engineering?

Then we have another situation with a larger variety of different versions of our species, all still being enslaved by technology.

Our brain size might increase but it remains pretty useless in stopping wars.

Might the time be at hand in the next few centuries where we create our replacements altogether morphed by our technologies. Something along the lines of hard drives that expand our brains, connectivity to a hive mind, Borg-like capabilities, machine augmentation of our senses, and the like…so that our evolution shifts from natural forces in the environment to digitalized enhancement.

For many, the Darwinian view of life – a panorama of brutal struggle and constant change is the reason for all the killing.

When Darwin’s theory of evolution was first published in the late 1800s, it covered only biological evolution. What is profound is that the more complete scientific evolutionary story really only started to come together in the last 50 years!

You cannot change one factor without changing another.

Evolution and Creation are essentially creative processes they are no longer separate things in themselves.

Therefore in the first place, it would appear now, with gene editing augmentation and technological advances we will indeed survive only to morph into a digitalized species with all that is good and bad, still fighting each other.

“Nature has shrugged off countless species in the history of the earth, and she will shrug off Homo sapiens with no more concern than any of the rest.” –Louis B. Ziegler

It leaves us with the grand existential question of what meaning it all has for us. 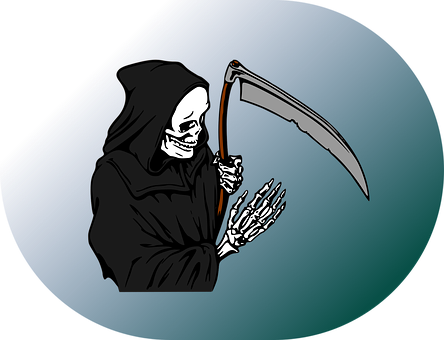 Humans are killing the planet and all its inhabitants.

Why?  For what purpose?

Will future population growth along with economic development will be humanity’s fatal flaws, bringing about “unprecedented levels of extinction risk?

The answer is that there is overwhelming evidence that habitat loss and fragmentation, over-exploitation of biological resources, pollution, species invasions, and climate change have increased rates of global species extinctions to levels that are much higher than those observed in the fossil record.

If humans are supposed to be conscious and loving, why do we cause and allow such hideous suffering to happen in our society, including the killing of other fellow humans?

If we are at least partially preprogrammed by evolution to kill our own, what can be done (if anything)?

Why do we kill each other at all?

The reasons are innumerable.

We want something to change as a result of our actions.

Humans have evolved with a propensity to kill one another that is six times higher than the average mammal. (Maybe, we are beginning to recognize we can feel empathy and feel the urge to take action when the subjects of injustice are not human and need somebody to channel their survival urge.)

However, the level of lethal violence has changed through human history and can be associated with changes in the socio-political organization of human populations.

Most sane humans, if given the choice, will not kill their fellow man.

In a world in profound transformation. We have to find alternative activities to give that sense of feeling alive of belonging and purpose.

The fact that so many societies throughout the world fail to offer equality makes our future prospects of peace look very bleak.

If these needs are unsatisfied and there is an obvious enemy or oppressor to direst them towards then warfare is almost inevitable.

Instead of focusing on abstract, boring, cold data projects such as The Ocean Cleanup show how huge multilateral issues no government wants to deal with, such as plastic polluting the oceans, can be tackled by building systems that accelerate inequality.

While society provides a hero system that allows us to believe that we transcend death by participating in something of lasting worth the history of life on Earth is a history of extinction and ecological failures, but it is also a story of the formation of new forms.

The best we can hope for society at large is that the mass of unconscious individuals might develop a moral equivalent to war.

No prediction by any expert can tell us whether we will prosper or perish but at what cost do we purchase the assurance that we are heroic?