OUR ABILITY TO UNDERSTANDING

Of course, various people can be expected to have various answers to this question.

They all depend on when in our history as a species the question is asked, however, we can’t understand that which is beyond our knowledge still stands. 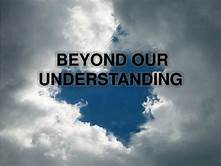 This question is like asking me to tell you everything I don’t know.

So in this post, I am going to try and address the usual problems with understanding.

Even trying to define what we mean by “reality” is fraught with difficulty.

Philosophers devote their life’s work to developing and defending definitions of reality and other indeterminate concepts however one could tweak their definitions by equating reality with what appears to be a sufficiently large group of people. But just, because sufficiently many people believe in something, does not make it real.

Let’s just say that we behave in certain ways, merely because our brains act according to physical laws – Reality is that which, if you stop believing in it, does not go away. Things that we do not want to regard as real can be stubborn, as anyone who has ever been trapped in a nightmare knows.

Perhaps Penrose offers the best dictionary definition of “reality” as a starting point for understanding.

Whatever kind of reality you think you’re living in, you’re probably wrong.

My vote goes to Ourselves.

But “Know thyself,” turns out to be ridiculously complex.

We humans seem to be only just beginning to understand that we all live on one planet.

To understand that in a couple of billion years the sun will explode and your contribution will be ash.

That we are completely, totally, and utterly alone in this piece of space called the solar system is beyond our understanding. 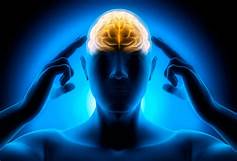 Let’s start with the nature of reality.

The brain operates with electrochemical signals from which it extracts patterns and assigns meaning, creating your subjective world. The brain doesn’t know or care where the data comes from; it just figures out what to do with it, and it does it efficiently.

Therefore all the sensors that we know and love, like our eyes and our ears and our fingertips, are merely peripheral plug-and-play devices.

Our common-sense notion of reality is that our eyes, ears, nose, and fingertips pick up objective reality, but that couldn’t be farther from the truth.

The interaction between what’s “out there” and our sensory organs isn’t the whole picture, either because the brain has no direct access to the outside world. Smells, sounds, and colors do not actually exist in the outside world they are locked in silence and darkness inside your skull.

At birth, we have no natural concept of reality. The slice of our ecosystem we can detect—or biological umwelt—(the world as it is experienced by a particular organism) is created by an interaction between the outside world, our sensory organs, and our “pink computational material.”

Eagleman says. “Your neurons require other people’s neurons to thrive and survive,” “Who you are has everything to do with who we are.”

So what can we know about the nature of reality?

We must first confront our utter lack of in-the-moment awareness regarding how our umwelt shapes and constrains what we know as reality.

However, we go about our lives as though we are operating in an objective reality.

The function of the brain, it turns out, is dependent upon input. In other words, feed the brain with enough shit for long enough and it will start believing that it is true/real.

Fortunately, the reality we experience is constrained by our biology.

We are unaware of them because we are “blind” to them—our sensory receptors are incapable of receiving them.

“Over seven billion human brains traffic the planet today. Although we typically feel like independent operators, each of our brains operates in a rich web of interaction with one another—so much so that we can plausibly look at the accomplishments of our species as the deeds of a single, shifting, meta-organism.” —The Brain: The Story of You, Dr. David Eagleman

In particular, there is the question of the reality of our minds.

Should we not include a conscious experience as something real?

And what about concepts, such as truth, virtue, or beauty?

In fact, every process in the universe can be reduced to interactions between particles that produce binary answers: yes or no, here or there, up or down. That means nature, at its most fundamental level, is simply the flipping of binary digits.

Conscious mental experience, accordingly, has no further reality than that of the material underlying its existence; though not yet properly understood, it is merely an “epiphenomenon”, having no additional influence on the way that our bodies behave beyond what those physical laws demand.

For example, Quantum Physics uses the knowledge that our brains cannot understand such as something not existing until it is observed! where is the logic in that?

Quite a lot of religious concepts are so counter-intuitive that their respective religions just refer to them as mysteries and don’t even bother to try to explain them…..

‘Gods’ were of our own creation – because we couldn’t comprehend that we are completely, totally, and utterly alone in this piece of space called the solar system. It’s just us humans and everything else on this planet.

Or that we are completely, totally, and utterly not alone in the piece of space called the Milky Way Galaxy and or the greater globular cluster. Another life is statistically just too relevant to ignore.

Take Time itself the fourth dimension of reality.

There is never enough time in the day.

Defined by Physicists as the progression of events, from the past to the present and into the future. It’s not as you know something we can see, touch, or taste, but we can measure its passage. In the natural world, it has only one direction, called the arrow of time – irreversible it cannot move backward’s.

However, Astronauts on the International Space station jump forward in time on returning from space.

To reconcile general relativity with quantum mechanics, either time does not exist, or else it is not fundamental in nature.

We cannot have any perception of the immediate present, without some memory of the past and some expectation of the future to give it context.

The universe is timeless.

A few others could be added to the list of not understanding.

The infinite distance of the Universe or multiple universes.

Analyzed by machine learning or algorithms.

Without computer programs to analyze massive data, we may never be able to discover new ideas because of our limitations.

It’s completely subjective, for one thing. I may look at something and view it as art, where someone else would pick it up and eat it without thinking twice about it.

What the heck is the internet?

There are so many different types of love, that it’s hard for us to even understand where it comes from.

Why?  Because you have to love yourself first before you can receive it.

We destroy not only ourselves, but the very planet we call home.

What is life? Take Wars. Death makes no sense.

It affects particles at an infinite distance, imagine their interactions!!

They change Every. Single. Instant.

What good would it be to describe a state of the Universe if, by the time you even began to do so, the state has changed drastically?

And, assuming you are actually a part of this Universe as you do that, you would also manipulate particles thus changing the state.

So there is no link between input and outcome. 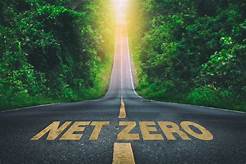 Perhaps this is why the initiators of a cooperative or an ecosystem must create incentive and control systems that function stably over the long term.