When it comes to negotiating we all negotiate in notable different ways.

It would be complacent to think that either Mr Johnson or the EU will be pushovers.

However, the nature of Brexit will ultimately be decided by the governments of the 27 remaining EU nations and the UK.

So if we look at the present rhetoric on both sides what will be the tactics?

The Uk rhetoric is that because we have been members of the EU for the last four decades a new bilateral relationship with the UK should not be difficult to complete.

The signs of that happening are not promising with Ursula von der Leyen, the European Commission president, setting out a sequence with the first phase of talks to include only goods and fishing.

Therefore it stands to reason that a trade deal cannot be concluded quickly for obvious reasons.

With no such thing fast-track deal, the negotiations on both sides will have to find a way to extend the transition period.

And the longer the negotiations go on despite Johnson’s wish to de-dramatise the negotiations, they will inevitably hit turbulence with a domino-like effect on both sides.

As for tactics the EU has hard power and will deploy it to pursue its interests and safeguard itself when faced with an existential threat like a tax haven on its doorstep.

These negotiations are for the UK to achieve a continuing relationship with the EU, not the other way around.

The UK will be accommodated but never prioritised above the collective

the interest of the EU.

So both sides will start with extreme positions, ignoring deadlines, making small concessions to establish a relationship.

Because the UK power position is lower relative to the EU it is extremely likely that the EU will set deadlines. Take it or leave it.

Why should the EU deploy a take it or leave timeline?

Because people from different cultures within the EU perceive, interpret and evaluate not just the EU but the world differently.

So we have a single-culture against multicultural EU. The very reason it took so long for England to join the EU in the first place and now the very reason its departure will also take time.

Self – Interest against collective interest.

Through the eyes of the UK asking for the moon, the EU will have to ask the following questions.

Nobody known’s (or even now knows) what agreement, if any, will be reached.

The combination of uncertainty about the outcome with minimal time for adjustment is grotesquely irresponsible.

One way or the other in getting to yes the EU will end up with a more distant relationship with the UK with both sides inventing options for mutual gain.

Is the UK going to abandon current regulations over the environment, product standards, financial soundness and so forth?

If it is the strategic goal of US President Donald Trump to drive a wedge between Britain and the EU, this would be an ideal opportunity.

The consequences would be devastating for both the Uk and EU. The EU is then likely to be more inward-looking than it would otherwise have been.

Such discord could well take on a life of its own, driving Britain and the EU further apart.

If there is no trade agreement with the EU or one that proves disruptive, a blame game is sure to ensue.

In such a world, reliance on multilateral institutions is likely to prove futile.

Again and again, Britain will face choices over which side to choose in struggles, perhaps over technology or standards, that are occurring far over its head.

Already evident with 5G insulation by Huawei not to mention the ongoing evolution of the single market and EU trade and climate policies that will affect any future trade deals with grim implications for the Uk government revenue and spending.

It is deciding to go its own way in a world dominated by rivalrous superpowers.

It is doing so on the promise of greater control over its own destiny.

It is, not least, acting against the wishes of the majority of its own young people.

Brexit may eliminate many excuses but it will not solve any of these problems.

We can only hope that the separation will not endure? Nobody can know.

In my own view, it is a huge blunder.

But the moment is now upon us, a sad day.

We must all live with its consequences.

The direct influence of British political choices on those of the neighbours will also vanish.

Insisting that one should not have both a British and European political identity is for the birds.

Anyway in the days after Brexit Day, when the European Commission publishes its “negotiation directives”. These will be the commission’s proposals for the negotiating mandate that must be approved by the 27 member-state governments.

The European Council does not undertake negotiations itself.

The Brexit transition period is scheduled to expire at the end of 2020. At that point, Mr Johnson will still have four more years in office ahead of him, longer than any other EU leader maybe knowing what the cost of walking away he will have come to his senses.

As negotiations progress what concessions are likely to be given, and how will they be achieved?

Unfortunately, all negotiators spend the vast majority of their time on short term issues.

Any concessions have to be viewed as relative to the overall agreement. 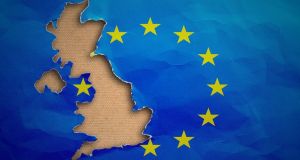