Nato, NATO future., What is NATO for?

With NATO future once again up for grabs, it celebrated its 70th anniversary on Wednesday’s with a meeting of all its leaders.

What is NATO Celebrating when actually, NATO is a vehicle for the US-led use of force in the interests of powerful corporations, accelerating militarization, by-passing the United Nations and the established system of international law, while escalating military spending.

Fifteen years ago, Nato’s existential challenge was how to cope with the demise of its old enemy: the USSR.

No alliance in history had outlived the disappearance of the threat against which it was formed.

So NATO today exists to manage the risks created by its existence.

It has reinvented its self five times.

In Bosnia (1995) and in Kosovo (1999), 9/11, Afghanistan to Iraq, the alliance as a whole was called into service to stabilise the former while the US military focused on the latter.

The third future for NATO was devised in the mid-1990s, with membership expanded to former members of the Warsaw Pact. This process, conducted in the name of a Europe “whole and free,” saw the alliance progressively advance to Russia’s borders.

In 2011, the alliance engaged in a renewed experiment with humanitarian intervention  “Operation Unified Protector” in Libya. The spillover from this mission destabilized much of North Africa and the Sahel, galvanized radical Islamists from Nigeria to Syria, and precipitated Libya into a still-ongoing civil war.

Then Putin by annexing Crimea and intervening militarily in Ukraine offered yet another, possibly its sixth, post-Cold War “future,” returning to its original role as a security trip-wire in Europe.

Unfortunately, this sixth “future” for NATO is that the Europeans have been developing their own “autonomous” security project, the Common Security and Defence Policy.

This has created a strong case for progressive US disengagement from NATO.

Defining exactly “What is Nato for?” has been a problem ever since the end of the Cold war.

Nato now sells itself as a broad security alliance, a force for stability in Europe, as well as a toolbox of highly trained forces, ready for new challenges.

The irony is that 15 years on, with former Soviet client states like Ukraine, Romania and Georgia all electing pro-Western leaders, it is once again relations with Moscow that could prove the most important and the most problematic.

So what did it agree to at this summit?

The officials have agreed to:

Trump said, “We’d be in World War Three if it weren’t for me”” If all NATO members had spent just 2 per cent of their GDP on defence last year, we would have had another $119 billion for our collective defence and for the financing of additional NATO reserves.”

Boris said, “The fact that we live in peace today demonstrates the power of the simple proposition at the heart of this alliance: that for as long as we stand together, no-one can hope to defeat us, and therefore no-one will start a war.”

Macron made a valid point, he said: ” Nato is brian dead.”

President Recep Tayyip Erdogan of Turkey has already upset NATO allies by purchasing a sophisticated Russian antiaircraft missile system, the S-400. He is now threatening to oppose NATO’s plans to fortify the defence of Poland and the Baltic countries if the alliance does not join him in labelling some Kurdish groups as terrorists.

I say ” It is not just brain dead its political thinking is out of date.”

NATO has carried out wars, aerial bombardments and armed drone operations in Iraq, Afghanistan and Libya to change regimes, but these countries are now in chaos with thousands slaughtered and many more made homeless and destitute with little help for their well-being.

It’s no longer East v West, nor is it starting bombing before you started thinking- Iraq Afghanistan.

No military operations were conducted by NATO during the Cold War.

Instead of allocating 2% of 28 countries GDP on “obsolete,” military spending, in order to play cowboys and Indians.

As the French philosopher and essayist Paul Valéry noted in 1937, “the trouble with our times is that the future is not what it used to be.

Who is the enemy today?

If NATO is still needed in 10 years, it will have failed in its mission.

There remains an urgent need to address the root causes of terrorism. 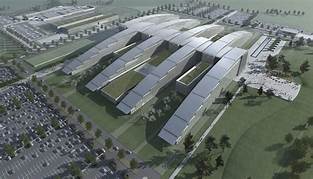 Military spending of the NATO countries from 2017 to 2019 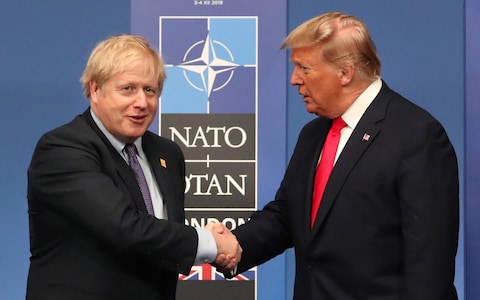