The dawning of the digital age has not just changed communication, facilitating individual and group interaction in previously unimaginable ways it has fundamentally changed human relationships, or more specifically, the establishment of fraternity amongst people?

The internet has made it so you don’t need to physically see people feel close to them.

I miss those days of pre-digital friendship.

Thirty years ago we asked what we would use computers for.

Now the question is what don’t we use them for.

Technology promises to let us do anything from anywhere with anyone and the introduction of social media platforms has changed the “friendship playing field”.

The way friendships are played out in the digital world is changing how young people express themselves, how they define ‘good’ friendships and interact with each other.

Now, through technology, we create, navigate, and perform our emotional lives.

In a surprising twist, relentless connection leads to a new solitude.

We turn to new technology to fill the void, but as technology ramps up, our emotional lives ramp down. At the threshold of “the robotic moment,” our devices prompt us to recall that we have human purposes and, perhaps, to rediscover what they are.

The huge role that technology plays in supporting young people’s friendships, with over half (55%) saying they interact online with their closest friends several times an hour and 63% saying they are closer to their friends because of the internet.

The basic components of friendship USE TO BE interdependence and voluntary participation but technology is now embedded throughout our relationships.

So the question is.  Has friendship changed because technology changed it? Or both?

Technology provides an important way for them to support their peers who are going through difficult times with Social media providing a vehicle of self-promotion, a means of fixing an idea of yourself in the social sphere, without people actually knowing you at all.

Has it made friendship less personal, less connective, less real?

The distinction in the online world is that the effort it takes to present ourselves in a certain way is much less.

Not to mention the fact that technology has allowed us to maintain friendships that might have otherwise waned when time, distance, and the constant demands of parenting take hold.

The lines between real friendships and fleeting acquaintances have become

blurred in the virtual world, not just but also because of many Social media

users showcase more than 1000 friends on their profiles, while the realistic

Our brains are just not wired to cope with.

True friendships are hallmarked by each member’s desire to engage with the other – it’s about a mutual interest in one another’s experiences and thoughts, as well as a sense of ‘belongingness’ and connection, there’s no telling when and where a friendship will develop.

The cornerstone of friendship isn’t the public nature of the relationship, but the private connection of it and that private uniqueness hasn’t been eliminated; it just looks different now.

The Internet is undoubtedly an invaluable link between people separated by distance. But this link must be built on a stronger foundation of intimacy and familiarity and a balance of online and offline interactions will pave the way to better relationships in the world.

(Posts Tagged With friendship in the digital age,

“I wish I had stayed in touch with my friends.” is number five.)

Sexual online meetings themselves may be a replacement for deeper longings in couples. It may be an extension of particular needs not being met within the relationship.

They find that the relationship to their primary partner is more undervalued than in the past and that traditional definitions of intimacy are vaguer. They explain that couples who once experienced a secure relationship now struggle with the new –often ambiguous– rubrics surrounding agreed-upon Internet conduct.

Young people also need to be empowered to take control of their digital wellbeing, by recognising their emotions and the way that their use of digital technology can impact on their self-esteem and mood so that they are able to implement strategies to achieve a healthy relationship with technology.

Social exclusion can have just as much of a damaging impact on young
people but may not be easy to detect and manage in digital spaces.

Facebook has completely redefined the definition of a friend.

It wont be long before we could be seeing the following.

“We’d like to say a big ‘thank you’ every time you recommend a friend to us by rewarding you with a retail shopping voucher £250 will be paid for a friend.

Two in five adults (40%) first look at their phone within five minutes of waking up, climbing to 65% of those aged under 35. Similarly, 37% of adults check their phones five minutes before lights out, again rising to 60% of under-35s.

The average amount of time spent online on a smartphone is 2 hours 28 minutes a day. This rises to 3 hours 14 minutes among 18-24s.

A decade of change in digital communications. 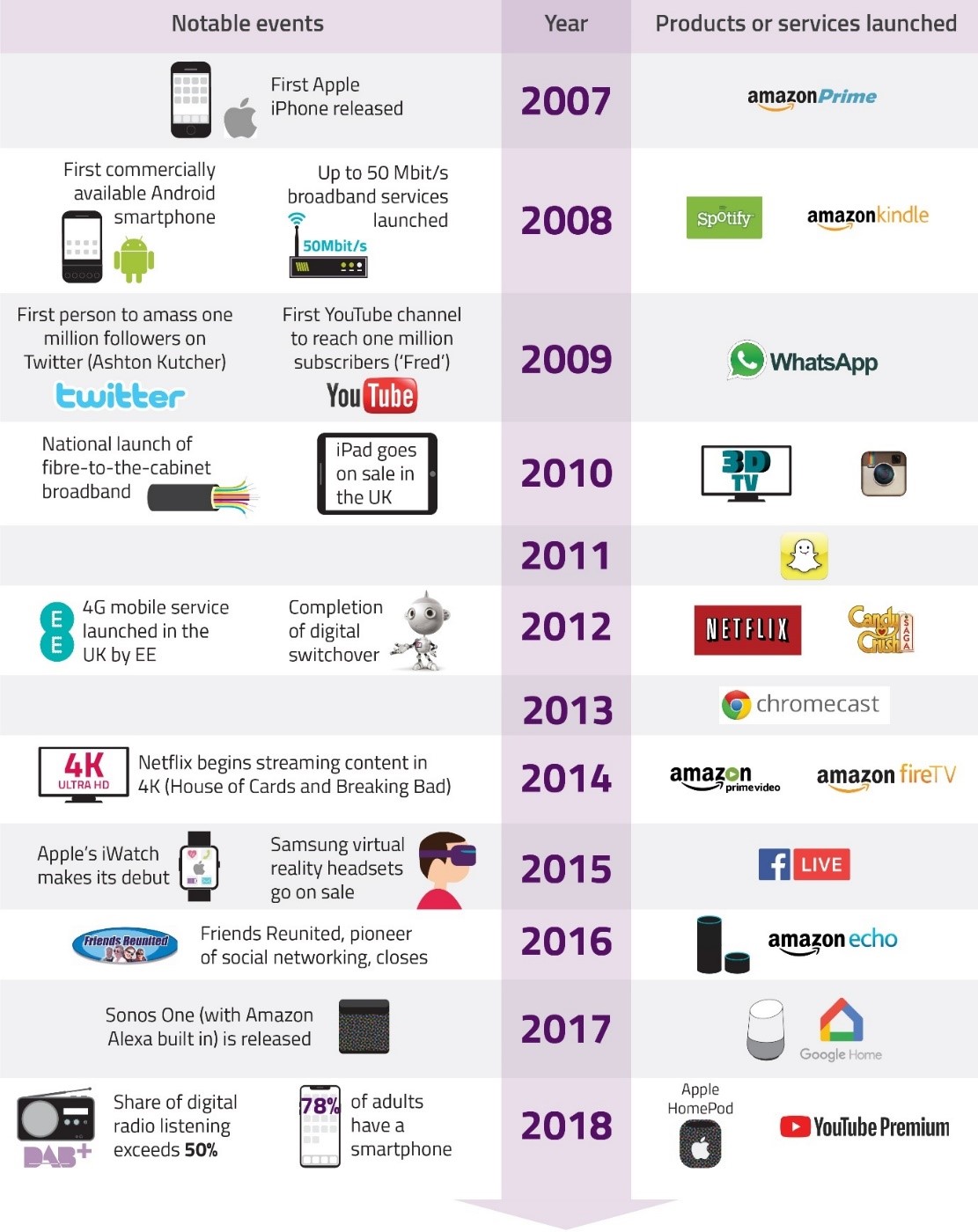 It is said that in the course of a normal life one is lucky to have a handfull of friends.

Now its social mobile, analytics, and cloud all want to be your friend.

When we think about social, the key is to consider why social is happening, rather than think of it as just a set of tools.

For example, Facebook, Twitter, and so on are tools, but why people use them is much more important. The same was true with the internet when we first started using that — that was a tool, but what it did to the lives of normal people in terms of access to information, increased freedom, etc., was much more important.

Mobile is a similar shape to social in that it’s the why as to why people use mobile devices as opposed to anything structural about the devices themselves.

The idea behind big data is that you can derive understanding about behaviour through statistical analysis of clumps of data. You can then take that understanding and implement some form of control to either get more of what you want, or get less of what you don’t want.

Finally, we come to the cloud.  This is really about how companies buy. There are all sorts of reasons to like outsourcing IT functions to the cloud, whether it’s just outsourcing compute power into a load of servers that you run as if they were your own, or buying functionality on an SaaS basis ( Software as a service)

Is cloud necessary for digital?

To an extent, it likely does not. However, as a fashion/trend, it’s clearly important, and a lot of the tools and services involved in digital are unlocked as part of a cloud-based approach, hence it’s likely important.

It’s a sociological change, rather than a technical one.

You can see that by the fact that this is generally all about the “why” this is happening — why are customers using social, why are they using mobile, why big data is showing the trends that it is, why are companies able to buy and use consumer products, and why is running systems in the cloud easier.

Because they all your Friend without you knowing and couldn’t care less who or how they share that friendship with or what they do with it.  Google it.