There’s a lot of hype floating around one specific technology that has the potential to change everything:

Google’s recent mythical achievement does not signal the arrival of quantum computing.

Quantum Computing is still far enough away that attempting to predict when it will occur and what useful tasks it will eventually be used for is a recipe for embarrassment because history teaches us that unforeseen applications will blossom as access to new tools becomes available. 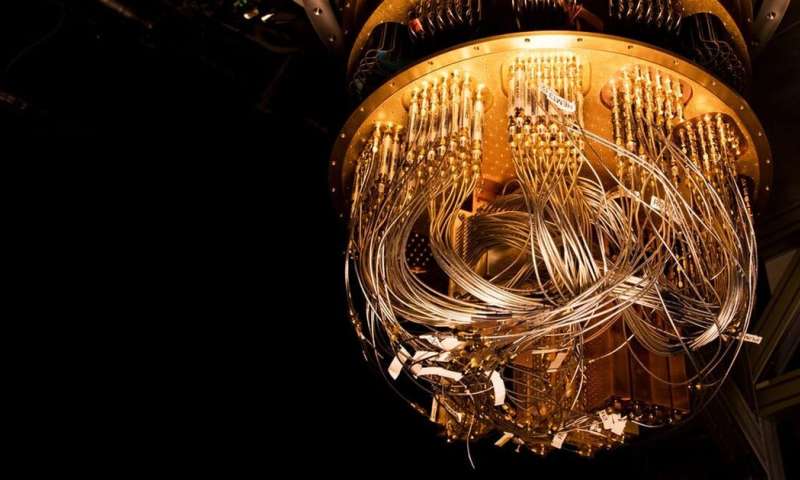 In this very detached and disintegrating world, intelligence systems are learning from the environment they are exposed to and make decisions on biases they are developing.

Once you get the wrong side of an algorithm your life immediately becomes more difficult. Your perceived failures are fed into the algorithm, and your situation degrades even further.

This is why it’s imperative that we begin to take the problem of AI BIAS seriously and take steps to mitigate their effects by making our systems more transparent, explainable, and auditable.

We must shift from automation to augmentation.

They are counting on it to change the world by solving problems that are intractable for today’s classical computers.

At the moment its all in the cloud so any assessment or update of what we know about Quantum Computers is pie in the sky.

However, there are a few thoughts.

They conjure up everything from futuristic cities to talking fridges. Undoubtedly the reality is much less sci-fi.

They are supposed to offer an opportunity to manipulate information in a fundamentally different way. To tackle ever-larger questions that can help us gain a profoundly deeper understanding of the world around us.

A unique quantum physics behaviour that binds the destiny of a quantity of different particles so that what happens to one will affect the others.

This means that a Quantum Computer can manipulate all its qubits simultaneously—in other words, instead of doing a set of calculations one after another, a quantum computer could do them all at the same time.

Okay, putting the theory aside, let’s focus on the real-world applications these quantum computers will have on the world.

Optimization slicing through a mountain of variables without breaking a sweat.

Open-air gesture control, with the keyboard and mouse—slowly replaced by the gesture interface.

Amazon Google, virtual assistants will understand the context behind the questions you ask; they will recognize the indirect signals given off by your tone of voice; they will even engage in long-form conversations with you.

Devices you wear or even insert inside your body to help you interact digitally with the world around you. These devices will play a supporting role in how we engage with the digital space; we’ll use them for specific purposes in specific contexts with brain implants.

Integrating all of the technologies mentioned above represents the start of an entirely new mass-market medium virtual reality and augmented reality.

The goal of AR ( augmented reality) is to act as a digital filter on top of your perception of the real world.

Everyone’s idea of Virtual Reality and Augmented Reality is fixated towards science fiction however AR will eventually do away with most of the traditional computer interfaces consumers have grown up with thus far. AR, when it comes in Quantum form, it will too control machines:

Controlling household functions (lighting, curtains, temperature), as well as a range of other devices and vehicles.

Amputees are now already testing robotic limbs controlled directly by the mind, instead of through sensors attached to the wearer’s stump.

An international team of scientists were able to mimic telepathy by having one person from India think the word “hello,” and through BCI, that word was converted from brain waves to binary code, then emailed to France, where that binary code was converted back into brainwaves, to be perceived by the receiving person. Brain-to-brain communication, people

Needless to say, the future is not too far away.