the 100th anniversary of the First World War, The Future of Mankind, World War One, World Wars.

Its one hundred years after World war one. 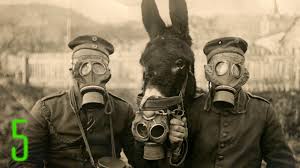 If we ask the question what have we learned?

There is one thing we should learn and that is that the long view of history is critical to understanding why today’s world continues to experience unresolvable conflict.

An event that began 100 years ago this August might as well be ancient and irrelevant history for most. Yet World War I changed the world and set off a chain of events that continue to impact your life today. Don’t underestimate what one man and one event can do to alter everything. Kaiser Wilhelm II in August 1914, signed orders mobilizing German armies and setting off events that led to what would become known as “the Great War”—World War I.

Might he have thought about what he had just done?

Could he have considered how far-reaching was the decision he had just made?

Certainly, he did not see how many years into the future that one decision would last—neither did he comprehend the lives that would be changed nor a world reshaped. He was not alone in failing to grasp the far-reaching impact—the long perspective if you will—of the war that would be called “the war to end all wars.”

We are still dealing with the consequences of the decisions made by the Kaiser and other European leaders.

World War I resulted in the breakup of two world empires whose influence had shaped Europe and the Middle East.

We were left with the victors – Britain and France—to carve up the Middle East and redistribute it into a patchwork of new states such as Jordan, Iraq and Syria.

When you read headlines today of genocide in Syria, the launching of rockets into Israel from terrorist encampments in southern Lebanon and Gaza, or the continuing unrest among refugees throughout the region, you are seeing the fruit of decisions made by leaders who had to pick up the pieces from the collapse of empires in 1918.

For a century now historians have examined the cause of the Great War.

The prewar geopolitical map of Europe was a complex web of political alliances overlaying an antiquated system of family monarchal ties that doomed the continent to the cauldron of conflict erupting.

The leaders of that day saw the war coming for years. Germany armed itself to the hilt—in fact, it engaged in the first modern arms race with Great Britain. Plans for a German invasion of France were known to be in place for years prior to 1914. Nationalist urges in the Balkans were continual sparks, like matches repeatedly struck till ignited.

There simply was no prewar leader in Europe with the stature, wisdom and diplomacy to halt the insanity. It’s one of the colossal failures of history that an interconnected Europe and wider world couldn’t prevent the largest, bloodiest war to that time.

A study of a devastating war begun a hundred years ago can be an exercise in nostalgia and academic history. Only a few people alive today can even remember this war in their earliest memories. For we who take a moment to reflect on what happened, let’s be sure to take away a lesson that helps us understand our present world:

History existed before our birth, it marches on now, and decisions made by people long ago and far away continue to impact our lives today.

We must learn to take the long view on life.

The world sorely needs leaders with a view different from leaders of the past. The world needs leadership with the long view, the view of what is best and will benefit all others and avoid the destructive and bloody scourge of conflict and war.

If there is anything we have learned it is that World War One leads to World War Two and it will lead to number three if we don’t have leadership with the long view of the world to come.

The millions of young lives were lost in both wars for a world to know peace.

To achieve this it is necessary to hear all voices, not just populous voices. 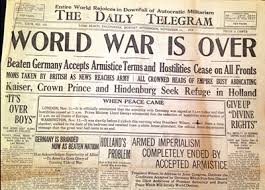