You might think that with all the problems in the world that communication is of little importance.

You would be wrong.  Now more than ever we need to be able to communicate.

Unfortunately it’s under attack by the Internet, leading to wars, inequality, abuse of power. It is disconnecting the world rather than connecting it.

Why do I say this?

Because through the Internet we are loosing physical touch with not only ourselves but with the foundations of the human mind’s perception of harmony.

The Net is turning the world upside down.  Into them and us cultures.

These day it might be somewhat difficult to get your head around the history of communication.

From the first vision to the first grunt ( which were probably both misinterpreted then, as they are now) to its Ground Control to Major Tom.

Communication has come in all form of life.

YOU NAME IT AND ITS TRYING TO COMMUNICATE.

The problem these day is that it has become so complicated that we are not communicating but disconnecting. Without a physical presence its impossible to communicate other than send a message.

When I say Happy New year to you without any physical input I could be a computer that is wishing you happy new year with no understanding of happiness or time.

Let’s start with the digital world of Communication. 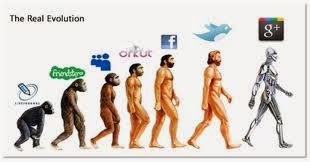 Like any other technology it undeniably makes parts of life so much easier and is here to stay.

We are bombarded by information, thanks in large part to the internet and its allied technologies.

But exposure to unlimited information is not the same thing as the ability to capture it as knowledge or synthesize it as understanding.

“We are living in a state of perpetual distraction,”

Everything is moving so fast that we’ve got to adapt to it, keep up with it!

It takes all of one’s energy & speed to simply remain in one place while running.

But what sort of life is that? How much depth does it really have?

Yet the digital world constantly makes us break life into discrete, interchangeable bits that hurtle us forward so rapidly & inexorably that we simply don’t have time to stop & think. And before we know it, we’re unwilling & even unable to think. Not in any way that allows true self-awareness in any real context.

We are fast arriving at the point of confusion of information and personal knowledge.

There’s no app that makes you tolerant — it happens person by person.

Different media encourage different ways of thinking, and helped tie together a number of broad ideas for me regarding the evolution of human cognition and the influence of the tools we use.

On one hand the Internet is short-changing our brain power. It is making us shallower creatures, diverting our attention and fragmenting of our thoughts.

On the other it has made the information universes of all of us much larger.

It has and still is altering the way we read, and the way we pay attention.

Our relationship with technology is just beginning, but we do not need to be the slaves of the predominant technology like the smart phone or be lead by the hypnotic Internet, where portals lead us on from one text, image, or video to another while we’re being bombarded by messages, alerts, and feeds.

Not only are we thinking differently with different media, the Internet is frying our brains?

Reconfiguring our brains, we are also forging a “new intellectual ethic”.

Greater access to knowledge is not the same as greater knowledge.

– An ever-increasing plethora of facts & data is not the same as wisdom.

– Multitasking is not the same as complexity.

What are the consequences of new habits of mind that abandon sustained immersion and concentration for darting about, snagging bits of information? What is gained and what is lost?

“Is Google Making Us Stupid?”

Thus, if the brain is trained to respond to & take pleasure in the faster pace of the digital world, it is reshaped to favor that approach to experiencing the world as a whole. More, it comes to crave that experience, as the body increasingly craves more of anything it’s trained to respond to pleasurably & positively. The more you use a drug, the more you need to sustain even the basic rush.

It comes at a price. As the media theorist Marshall McLuhan pointed out in the 1960s, media are not just passive channels of information. They supply the stuff of thought, but they also shape the process of thought. And what the Net seems to be doing is chipping away at our capacity for concentration and contemplation.  Our mind now expects to take in information the way the Net distributes it: in a swiftly moving stream of particles.

Once you were a scuba diver in the sea of words. Now you zip along the surface like a guy on a Jet Ski.

The individual seeks out ‘virtual worlds’ that simplify interactions because the ‘real world’ is difficult to access, but when confronted with the ‘real world’ problems, that’s when the individual becomes turned off from dealing with their ‘real’ life, further perpetuating this vicious cycle towards isolation.”

Our future tools and tech may offer a new playing field, but we’re the same old players. Sure, we may wear robotic fighting exoskeletons — but we’re still going to war and falling in love and arguing with our moms.

When relationships become out of balance, would technology really fill the void or is it a vapid substitution?

While fully recognizes the usefulness of the Internet are we buying into the attractive fashionable modern viewpoint that just being exposed to a lot of information via technology will make us smart.

Foraging in the Web’s info-thickets’reading and writing e-mails, scanning headlines and blog posts, watching videos and listening to podcasts, or just tripping from link to link to link. (Unlike footnotes, to which they’re sometimes likened, hyperlinks don’t merely point to related works; they propel you toward them.)

The Net is becoming a universal medium, the conduit for most of the information that flows through your eyes and ears and into your mind.

The advantages of having immediate access to such an incredibly rich store of information are many, and they’ve been widely described and duly applauded.

However it’s not communication.

Thinking, has taken on a “staccato” quality, reflecting the way we quickly scans short passages of text from many sources online.

“I can’t read War and Peace  anymore, I’ve lost the ability to do that. Even a blog post of more than three or four paragraphs is too much to absorb. I skim it.” The deep reading that used to come naturally has become a struggle.

As our reliance on ever brighter and faster Internet content increases, a new force is taking hold across the culture of the Web-connected world, leading to changes in reading habits and even in human brains.

The Internet trends of today foreshadow the surfing, the teaching, learning, and thinking of tomorrow.

The picture of our intellectual future, rendered thoroughly, convincingly, and often beautifully

I suppose  it all boils down to so long as we aren’t stupid enough to stop cultivating our individual minds regardless of technology changes, media itself will not make us stupid.

The wisest will still turn off the TV and other distractions when sustained concentration is called for, and they will understand the difference between various conditions and different kinds of media in general and will use each to its best advantage.

They though when the printed word was invented or the radio, or Television there would be adverse consequences.  However none of these things has had the dire consequences that culture critics predicted, we have adapted in turn in some way to each of them, more or less successfully.

Then again if all knowledge ends up store in the Cloud along with our modern-day History.  ( History illustrates our failures, and without history, we do not have the tools to create a successful future.) and we have deserts of Technology the art of communication will be lost to generations to come ruled by Holograms and Algorithms of the Internet.

But to think that we “learn” from history is somewhat of an illusion when you look around the world.  I feel that we only learn selective elements in history and probably pay more attention to history when it cost resources such as time, money or material. Think of the number of times genocide has happened in our recorded history and despots–even today–continue genocidal practices falsely believing that their regime is justified.

The neurological effects of the Internet are still to come.  This is why we should  incorporating the best of the latest technology in a way that improves education.

Will we do anything? Are we capable of recognizing the dangers? We should be look at the world. We all living in our private clouds designed by The Smart Phone Communication.

If we want a more rewarding life we have to let the whole world know. (see previous posts)