British monarchy., GOD SAVE THE QUEEN, old monarchies and governments, SHOULD THE QUEEN RETIRE, The Queens powers., Unanswered Questions.

Before you read this post I wish to make it clear that I am not a Royalist.

I have nothing against the Royals it is the institution that they represent the Firm as it is called is the problem.

With the 41-gun salute, the pealing of the bells of Westminster Abbey, the  ‘Changing of the Guard’, all disguises the fact that a hierarchical, secretive, non-accountable regal “firm”, the membership of which is far from representative of the diverse pluralistic society of which England now is.

The British monarchy traces its origins from the petty kingdoms of early medieval Scotland and Anglo-Saxon England, which consolidated into the kingdoms of England and Scotland by the 10th century.

These day looking from the outside at this institution what does one see.

Certainly not an institution sanctified by 1,000 years of Sovereignty deeply embedded in the consciousness of the nation and closely woven into the fabric of political life.

I call it a £6.5 million colonial pomp circus, ripping the great unwashed off, in a UK that is falling apart.

There is no need for titles to live in the world.

An enlightened culture is one that does not rely on inherited traditions, authorities and social structures.

The fact that the Queen who earns billions for Britain every year in tourism is like the monarchy in Spain, The Netherlands, Belgium, Denmark, Sweden, Norway, et cetera, largely “irrelevant to the political process”

After weeks of royalism overload, there is an argument for the Queen to retire rather than cling on.

Once again we are witnessing a small part of one of the big stories of the past 30 years — the gradual but nonetheless significant transformation of the British monarchy as it turns to face the modern world.

It is becoming more and more apparent that the monarchy is at odds with modern Britain.

For instance, several of the children of the current monarch have been divorced (and some remarried) which back at the start of Queen Elizabeth’s reign in 1952 would have been unthinkable.

Since the UK is now not only a multi-racial but also multi-faith country, it would be entirely possible for a future sovereign to marry a member of any religion or none, the only stipulation being that the monarch must be, and remain, a member of the Church of England.

Putting aside Andrews fall from grace and now Harry with his young family and wife wanting to live an ordinary life surely in this day and age it is absurd that under the Act of Settlement (1701), no Catholic, no one born out of wedlock and no person who has been adopted is allowed to ascend the throne.

Her Majesty’s actual rights as a Queen are only three:

The much-admired sense of duty of the Monarch will die when the present queen dies.

A country that after Brexit that will need a written constitution.

Of course, you have the argument from the other side. 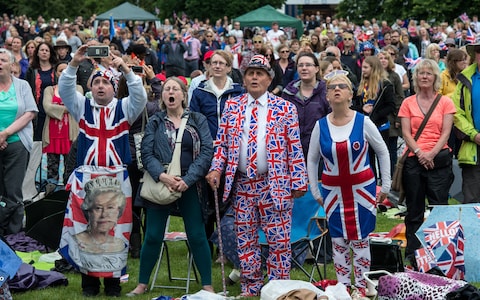 They symbolize the nation. The biggest remnant of the colonial era.

All of UK culture and history is built around the institution of the Crown so it must remain as a Unifying symbol.

Take that away and you’d completely alter the whole nature of the nation.

Most people think the monarchy is a unifying national institution than one that divides the country and reinforces the class system.

They are seen as inoffensive objects around which the people can rally.

So where’s the harm?

For now, nobody sees the British form of government as broken but the royals become less relevant with each generation.

Despite complaining they don’t have privacy, they’re quite happy to invite the cameras to their wedding, or after the birth of a child, and give (soppy) interviews about how stressed they are. They are able to call the shots on this because they are not challenged for their position, and are therefore able to dictate the terms of the interview/photo shoot. They get endless money too to fund their PR campaign.

It seems that every member of the royal family curiously ends up being selfless and dutiful …. what a coincidence.

So the question is can the UK never truly let go of its colonial past with a royal family.

Unfortunately, the UK monarchy carries too many symbols of power.

The House of Lords made up of hereditary Peers.

Claiming public money while being public unaccountable barley recognises that it is the 21st century.

The House of commons.

It’s pure theatrics, the debate is not far off from pantomime either, one guy speaks and the opposite side simultaneously jeers like a crowd of schoolboys.

So why exactly are the vast majority in favour of the monarchy in this age of democracy?

Has the Queen brainwashed the entire nation?

Some time ago Prince Charles, the heir to the throne, said that wished to become ‘Defender of Faiths’ on becoming king in order to reflect Britain’s multicultural society.

In 2018 he altered this to ‘Defender of Faith’ but this move would still mean the monarch, as Supreme Head of the Church of England, would no longer be known as Defender of The [Christian Protestant] Faith for the first time since the reign of Henry VIII.

So if he makes it to King will the coronation oaths take into account that Christianity is not now the only faith in Britain?

In this age of political apathy, I suspect few would give two hoots.

Therefore if he is not defending the faith, doesn’t rule and has no say designating the institution of monarch inheritance to the face of the nation as a tourist attraction is the right move.

But as the Queen reigns and there isn’t much practical point getting rid of the institution before then.

Monarchs aren’t just remnants of an old tradition or figureheads propped up by the government.

God save our gracious Queen!

God save the Queen!

Long to reign over us,

God save the Queen.

The British National Anthem dates back to the eighteenth century. 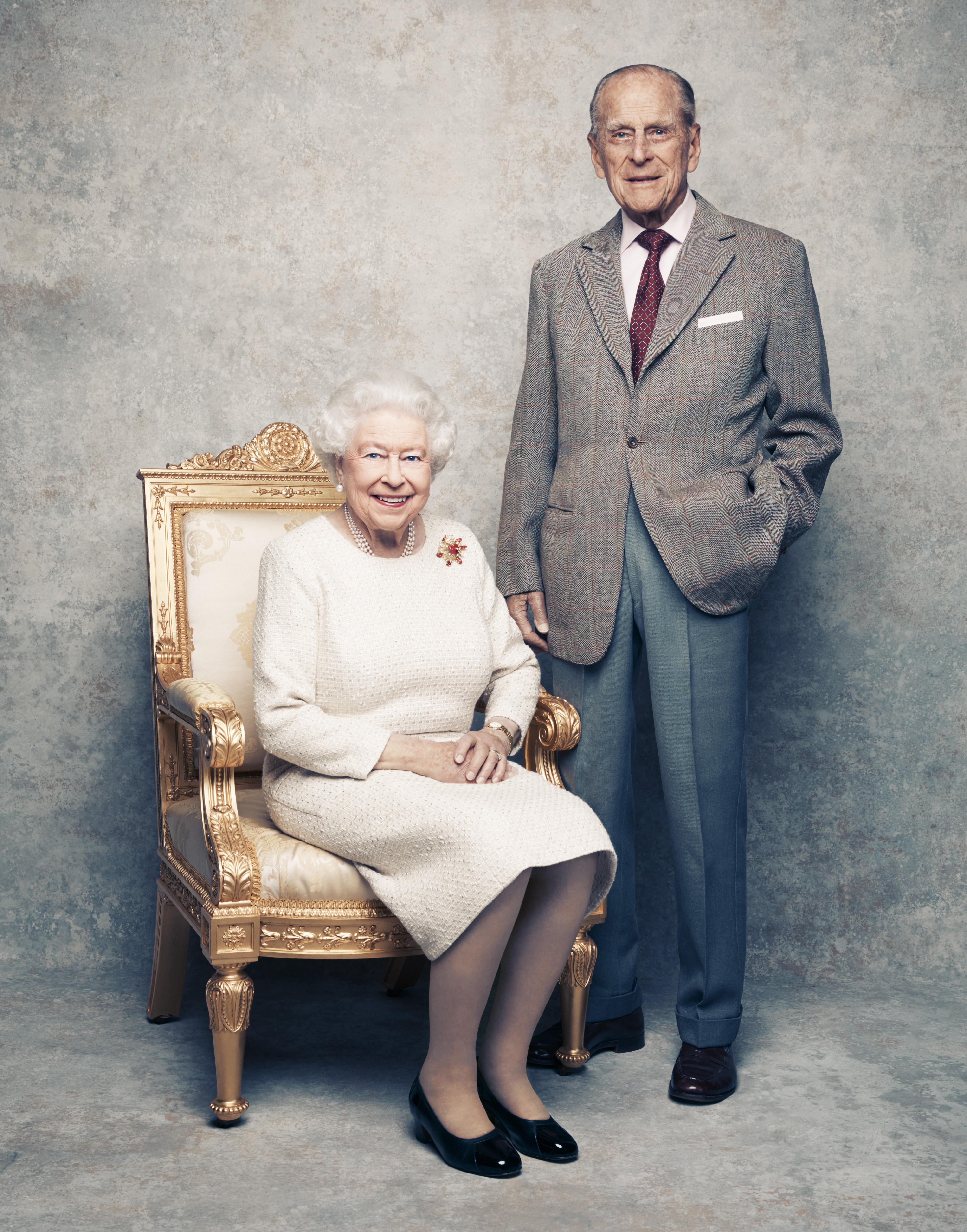 Politics would gain little from the inauguration of a President other than an extra layer of bureaucracy, and important decisions would still be made by today’s political elite till they are replaced by King Algorithm.

As for the future, the Queen’s death could make a big difference to attitudes improving Britain’s image around the world.

Artificial Intelligence., Darwin, Dehumanization., The essence of our humanity., The Future of Mankind, Unanswered Questions., Visions of the future.

With technology and new technique in artificial intelligence redefining how life can be created opening a research window into the early moments of a human life perhaps the above question is not so farcical, despite some thorny ethical constraints like artificial embryos.

In a breakthrough that redefines how life can be created, embryologists working at the University of Cambridge in the UK have grown realistic-looking mouse embryos using only stem cells. No egg. No sperm. Just cells plucked from another embryo.

What if they turn out to be indistinguishable from real embryos?

Then there are advances in genomic biotechnology presenting the possibility of bringing back long-extinct species.

To get from the genome work in the lab to herds of Woolly Mammoths would definitely bring the survival of the fittest into question.

Generative adversarial network, or GAN, takes two neural networks—the simplified mathematical models of the human brain that underpin most modern machine learning—and pits them against each other in a digital cat-and-mouse game. It is endeavouring to give machines imagination.

DNA has linked 206 variants to intelligence. One day, babies will get DNA report cards at birth.

Herbert Spencer coined the term “Survival of the Fittest” in 1864.

Darwin intended “fittest” to mean the members of the species best suited for the immediate environment, the basis of the idea of natural selection.

Darwin’s distinctive idea was to emphasize natural selection as the main mechanism of evolution: if certain heritable traits increase or decrease the chances of survival and reproduction in the struggle for life, then those traits that favour survival and reproduction will increase in frequency over generations, and thus organisms will become more adapted to their environments, and over a long period of time the differences between varieties of a species can become so great that the varieties become new species.

On the one hand, he tells the reader to disregard his metaphorical personification of Nature as implying “conscious choice” or “intelligent power,” because nature should be understood as “only the aggregate action and product of many natural laws.”

On the other hand, he refuses to give up his personification of Nature, apparently because he senses that this engages the mind of the reader through the poetic imagery of Nature as a person.

The survival of the fittest that determines everything is stuck in our lexicon. With the phrase today commonly used in contexts that are incompatible with the original meaning as intended.

When it comes to technology “Survival of the fittest” is inaccurate for two important reasons.

First, survival is merely a normal prerequisite to reproduction.

Second, fitness has specialized meaning in biology different from how the word is used in popular culture. In population genetics, fitness refers to differential reproduction. “Fitness” does not refer to whether an individual is “physically fit” – bigger, faster or stronger – or “better” in any subjective sense.

It refers to a difference in reproductive rate from one generation to the next.

But in evolutionary terms, survival is only half the picture; you must also reproduce to be “fit” in the Darwinian sense.

The influence of the environment on life expectancy in the future will be far greater political, not a biological issue. It will be the survival of those best able to adapt to change.

Resources, especially those necessary for survival, will become more valued.

Artificial intelligence may gain, along with a sense of imagination, a more independent ability to make sense of what it sees in the world but is the technology ready?

If the AI revolution is going to spread Darwin natural selection it will have to be updated, then the real AI revolution can begin. Darwin always brought in information and made a whole new picture out of it.

Is Darwin still relevant today?   Yes. You’d be hard-pressed to find a biology class that isn’t based on evolutionary biology. Yet the explanatory power of the evolutionary theory is not bound to biology.

Why? Because the theory of evolution is still evolving.

As the late Russian Orthodox Christian Theodosius Dobzhansky wrote, “Nothing in biology makes sense except in the light of evolution.”

Darwin not only made us aware of how nature works, but also of our place within nature. ( Unfortunately for him the discovery of DNA and that Quantum Mathematics  governs all biology had not been discovered)

Evolution now needs to be critically evaluated in the classroom, rather than dogmatically indoctrinated.

Artificial intelligence is and will take both to a whole new level and transform them into something relevant to our time and our discoveries.

Thus, we say that all the individuals of a species comprise a gene pool from which selection (either artificial or natural) can select. The important point is that we cannot select for genes that are not in the gene pool of the species. Only clones have the same genes and are essentially identical—including the same sex.

In the future, the evolutionist must look to mutations, their most ludicrous mechanism of all.

A new DARPA research program is developing brain-computer interfaces that could control “swarms of drones, operating at the speed of thought.” What if it succeeds?