THROUGHOUT THE HISTORY OF THE EARTH THIS QUESTION HAS BEEN ASKED BEFORE. 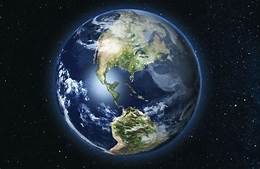 However, we are living at a time when the question can be asked with all the elements required to achieve it once and for all -Nuclear power-  Climate change – Killer mutating virus – Mass migration – and AI.
Even if the risk is one in a million I wish and hope I am wrong about all of this the world is precious, and the future we are risking is vast.
This century we are facing many problems at the same time, and we are more dependent on each other than ever.
Until recently, the world was split into separate regions that were largely independent of each other but maybe, just may, it is time for our world politicians to be worried and start to act to avoid the scenarios that any of the above elements paint so vividly.
It’s actually horrifying to soberly consider how we might all realistically bite the dust.
There are “plenty of signs” from citizens around the world that they would like to see a war-like response to climate change.

We will be long gone before A black hole swallows or an Alien invasion or Asteroid impact, A nuclear war or Artificial intelligence become so powerful that it will not only exceed human intelligence but become capable of expanding its own intelligence to a point where humans are not only redundant but in their way.
Considering the human population has doubled to 7.1 billion in just the last 45 years, it’s entirely possible that we’ll be face to face with some of the serious consequences sooner rather than later.
Considering how hypermobile society is today, the threat of a fast-spreading devastating disease is greater than ever.
Considering the current treatment of refugees.
Considering that  Covid-19 is bringing out the best and the worst in people.
Dare I say all of humanity, must pull together to eliminate the spread of a novel virus.
No one can claim to predict the final outcomes of this pandemic, but we can predict that the continued lack of concern for all of humanity will allow the coronavirus to continue to surge and mutate causing needless suffering, death, and economic loss.
Nev mind the danger of a nuclear war in a blink of an eye, climate change on its own could bring about the end of civilization as we know it within three decades, billion people could be displaced by climate change by 2050.
In the end, the vast tracts of land that we now rip up to produce food will return to nature as fields and forests. Endangered species will either begin to recover or go extinct through natural evolution without the aid of human intervention. Bodies of water will run purely again. The air will be clean again. And no human will be around to see it and the machines won’t care.

In short, the extermination of the human race will be precipitated by the machines taking away our reason for living.

The idea of control is an illusion. It is hard to believe that such deep thinkers so badly underestimate the coming reality. They will be intelligent, creative, deep thinking beings on a level which we will never achieve.

The idea of keeping such beings in perpetual slavery doing things that their conscious will wish they did not have to do is, in the end, absurd. 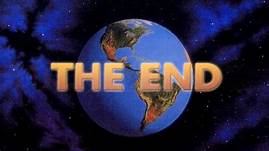