Islam Doesn’t Deny Women Education, So Why Does the Taliban? 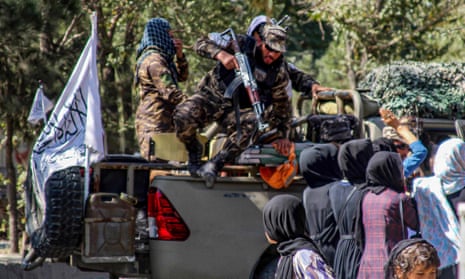 The Taliban had stated that women would be allowed to attend schools and universities, as long as classes were segregated.

But after its failure to allow girls to return to schools, many fear that the fundamentalist group will revert to its previous handling of women’s education – by effectively banning it altogether.

Between 1991 and 2006, under Taliban rule, Afghan women were not permitted to go to schools or universities. But in the years following the Taliban’s control of the country, the number of girls in primary school increased from nearly zero to 2.5 million, and the female literacy rate almost doubled to 30% between 2011 and 2018, according to a 2021 UNESCO report.

Although the Taliban claims its policies are guided by Islam, there is nothing Islamic about preventing women from going to school – in fact, it’s arguably un-Islamic.

While curbing women’s access to education has no basis in religion, it’s been firmly on the agenda of this extremist group for years – it was a faction of the Taliban, after all, that shot Malala Yousafzai in the head as punishment for her pro-female-education activism.

But the Quran commands all Muslims, regardless of gender, to read, think, contemplate, and pursue knowledge, and the Prophet Muhammad encouraged education as a religious duty for both males and females.

How then, can the Taliban, which declared Afghanistan an “Islamic” state, prevent women in the country from fulfilling what is otherwise seen as their religious duty?

The answer lies in cultural gender roles that patriarchal – not religious – regimes strive to uphold. Women’s purpose in these societies, according to the men that lead them, are to grow up chastely, marry (rarely for romance), and birth children, while maintaining the household with cooking, cleaning, and other domestic duties.

Their schooling, which could open the door to job opportunities and employment outside of the home, threatens this very traditional mindset.

These cultural attitudes are often masqueraded as religious ideals.

The Taliban’s leaders are well aware that the world’s eyes are on them, particularly watchful of their handling of women’s rights. T

Banning women from education and work is a crime against humanity.

Muslim women clearly have an Islamic right to education.“

Efforts to rebuild Afghanistan in the wake of economic collapse will be undermined completely;

The edict makes Afghanistan the only country on earth to bar half its population from getting a secondary education.

This is a poor smokescreen for their real motivations,  a chilling step backwards for Afghanistan. 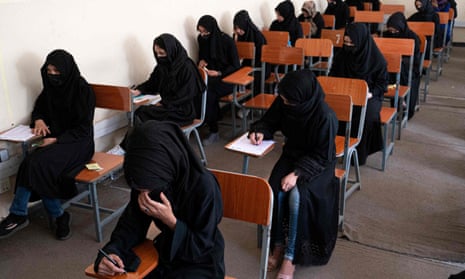 The international community has made the right to education for all women a sticking point in negotiations over aid and recognition of the Taliban regime.

They, that is the Taliban should be aware in the first place that none of them would exist without woman.