This isn’t an easy question, because in order to understand where something came from, we have to first know precisely what it is.

Despite all we know, there are some epic unknowns that have no solution at present.

When it comes to the Universe if we want to know how it got to be that way, we have to apply the laws of physics to the Universe, and follow the evolution of the physical systems that we know exist.

To answer any physical question, you must ask the Universe itself.

Newton stands on Einstein who in turn stands on the work of some future theorist. Each offers a closer approximation to a core reality, but not necessarily the “whole truth.”

But no matter when in the past or the future we would’ve asked this question, taking a scientific approach to it would always yield the same cosmic story.

Here’s where we are today.

We know that our planet, like every other planet in the Universe, is made of atoms.

We know that planets both float freely through the galaxy and also orbit stars.

We know how gravitation works.

We know how electromagnetism works.

We know how the nuclear forces work.

We know hydrogen and helium, when we examine the cosmos, are everywhere. In fact, they’re so abundant that they make up over 99% of the atoms in the Universe; fewer than 1% of the atoms out there, by number, are anything heavier.

We know, based on the observed facts of the Universe, that it must have been born with the seeds of what would become its large-scale structure: an initial spectrum of over dense and under dense regions.

We know it is expanding, cooling, and becoming gravitationally “clumpier” over time, that tells us that, early on, the Universe was smaller, denser, hotter, and more uniform than it is today.

We know how to time-evolve any physical system that we start off with.

Put simply, if you give a physicist a set of initial conditions that describe the system, they can write down equations that govern the evolution of that system, and can tell you — to the limits of the uncertainty and indeterminism inherent to nature — what the outcome (or probabilistic set of outcomes) of that system will be at any point in the future.

Fortunately, when we look out into the Universe, we see the very processes that are required for this to occur in action.

What could be more complicated than the universe itself, which contains everything complicated we know, including galaxies, proteins and manuals for assembling robots.

That’s what the Universe is.

But what happens when the answers aren’t around anymore? The farther back we go, we find we run into an inevitable problem:  The Universe cannot provide answers beyond a certain point.

Scientific facts are not simply discovered but rather constructed through a social process that depends partly on the status and prestige of the people involved.

Unlike philosophers of the ancient world, cosmologists are not just trying to out-argue one another with their theories. They are measuring, sometimes with breath-taking precision, the concrete physical parameters on which our understanding of the universe is based.

Reality abides by rules of logic and that theories can be improved based on how well their predictions fit with observations.  Something that is independent of human belief systems and political rhetoric.

Scientists, whatever their initial starting points, are converging on a singular truth.

In other words, the evidence we draw from the natural world should ultimately be pointing us toward the same description of reality.

In an era when scientific facts guide our responses to pandemics, climate change and other pressing challenges our understanding of the universe of galaxies, stars, penguins and people is never more important. Our universe is the only piece of reality seemingly capable of producing life, including creatures with the capacity to wonder what reality is all about.

Is life just a chance by-product of nature’s laws or necessary aspect of them? 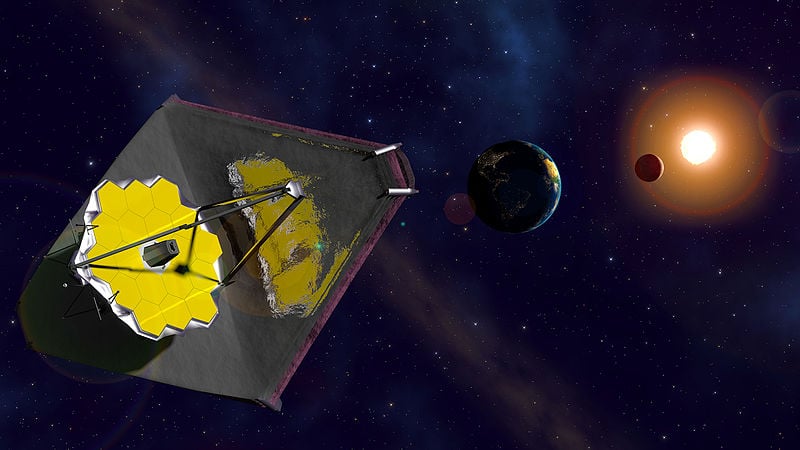 Recent images from the newly commissioned James Webb Space Telescope are revealing something bigger than humans and their social networks.

Light from the cosmic dawn of the universe has always been there, coming down towards us, carrying tales from the edge of time itself.

Now, with the help of the James Weep telescope , we can finally meet the faint luminous glow from the period immediately following the Big Bang.

It will allow for the detection of chemical signatures from galaxies formed billions of years ago and compare them with newer systems.

I suppose its real goal is explain the natural phenomena of the Universe without resorting to spirits, evil influences, established authority, or God, but rather on the basis of principles or laws of nature.

Psychologically the Universe was once filled with gods and angels that are now vanishing replaced with emptiness except for matter and forces.

So heaven if it exists is in a separate spiritual realm that does not lie within the physical universe. Neither we or gods are essential to the universe.  Yet Physics claims to define physical reality, treating humans as objects, so we are left wondering whether anything in the Universe recognized us as more than that.

Perhaps we were just a random occurrence on a average planet and uncaring scheme of things.

If you want to see what the Webb is looking at the next time you look up at the stars imagine that you have lost you memory and there is only this moment.

You are not conscious of any moment before this one.

You are alive but how did you get to this spot on which you are standing or lying down.

You have no idea. Who are you?  There is no answer.

You are like a robot with hormones. You have lost your soul.  You are the latest improved model, believing in the latest programs. This is all you know.

Instead imagine that you can send your consciousness back at the speed of light.  Down the countless generations to your primate ancestors, thought all the animals that ever existed, into a single cell with the complex chemicals that made it possible, into the elementary particles in the Big Bang.

This is science of the Webb.

You are all this. The sum total of all history.  Who much of your own identity do you claim – its up to you but the story of origins continues to belong solely to religion.

The trouble with finding god will be as always which god will it be.

In the end the James Webb has comparatively simpler problem of understanding the nature of the universe at large.

We may not have teleportation yet, but we are going boldly (visually) where no human has ever gone before!