An economist will tell you that inflation is the term used to describe the general rise in the price of goods and services over a certain period. Put another way, inflation is when money loses value over time.

I SAY THERE IS MORE TO IT THAN THAT.

Inflation doesn’t impact all consumers equally but plays a significant role in an economy by redistributing wealth, with consumers becoming poorer, limiting their disposable income.

Ever since the pandemic outbreak, the woes of the common man have been multiplying every day with gas and energy price increases leading the way to higher inflation with no gaps to stop it.

We and governments are unable to cut short our expenses so there’s a domino effect with the UK going through a ringer, especially when it comes to its economy.

A combination of Quantitive Easing, Brexit, the Pandemic, the Ukrainian-Russian war, and Supply/demand shortages, not to mention other hair brain projects have all added to inflation.

It certainly appears that things are going to get worse. Maybe much worse, so what can be done?

Much of the economy depends on consumer confidence, right?

We can agree that a healthy economy is the only solution to maintaining or gaining a better standard of living for everyone. Without that, we can forget about solving any “existential problems.”

Taxpayers already toil half their working lives just to pay off the taxman.

Governments get their revenue from taxation.

The Covid-19 pandemic resulted in very high levels of public spending. Current estimates of the cost of Government measures announced range from about £310 to £410 billion. This is the equivalent of about £4,600 to £6,100 per person in the UK.

Yet taxes should be transparent and understandable. But how many people know how much tax is on a pint of beer? Or a flight to Marbella? Or a liter of petrol? Having so many different indirect taxes removes transparency and makes ethical decision-making more difficult. 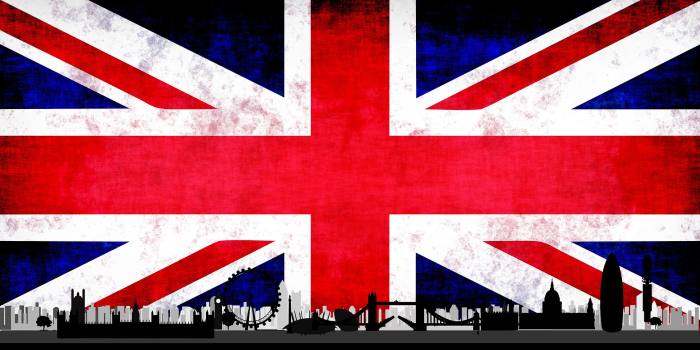 In the United Kingdom, the value-added tax or value-added tax, VAT was introduced in 1973, replacing Purchase Tax, and is the third-largest source of government revenue, after income tax and National Insurance.

As VAT is levied on revenues and not profits it harms low-margin businesses disproportionately. As any fool knows, the first principle of VAT is that you should be able to calculate it in your head.

It is the one stealth tax that the right doesn’t seem to mind.

It seems that this tax is the wrong way round.

We shouldn’t be taxing businesses that add value, but those that do not.

For instance, are Internet sales taxable?

Here is the problem. Knowing and understanding are two different things.

There are two different sorts of inflation.

Demand-pull inflation is when demand for a particular product or service outstrips supply, forcing businesses to raise costs.

This combined with Cost-push inflation is caused by the rise in raw materials prices.

We know that capitalism for profits is out of control.

We know that what’s vital is for people to feel empowered to hold corporations accountable but don’t hamstring them.

We know that government interventions lag behind what is needed and this puts additional strain on businesses that will start the cycle again by laying off more workers.

We know that the latest inflation surge is primarily driven by soaring energy and fuel prices and the war in Ukraine also pushing food prices higher and the Russia-Ukraine conflict is expected to drive these even higher.

We know that tax reform is now essential and the question is whether the various tax reliefs that people currently enjoy are ‘fit for purpose. The ever-widening gap between the nations’ income from tax take and expenditure on social and health care now makes a review an imperative to put the UK’s public finances back on a more sustainable footing.

We know that the National Debt has steadily grown as a result of essential expenditure during both war and peace, and the payment of ‘interest’ on it has long been an unavoidable item of annual expenditure

“Taxation is the price we pay for civilization.” Taxation represents the replacement of the handshakes of commerce with the threat of force as an instrument for human governance.

Taxation is an instrument in a continuing war over how human relationships are to be constituted.

If taxes were replaced by voluntary contributions, it would be impossible for anyone to claim that the state was involved in expropriating private property. At the same time, it is argued, that people would have strong incentives to take free rides on the contributions of others. As a result, services such as civil order and national security, which we all value, are likely to be underfunded.

A central tenet of democratic ideology is the belief that taxation is something we do to ourselves for our common benefit and nondiscriminatory taxation impedes efforts to use taxation to reward or punish certain forms of activity. Yet a great deal of tax legislation rewards or punishes specific forms of activity.

Once a government acquires the power to reward or punish particular types of activity, the principle of broad-based, nondiscriminatory taxation quickly evaporates under the heat of politics. The result is unlimited power to tax, where the only limit on the reach of the tax collector is the pragmatic one of political pressure and votes.

|s there any solution?

What are all benefits that were withdrawn over a period of ten years and replaced by a basic living wage?

The vat was replaced by a sales tax not applicable to essentials. Sales tax hits consumption instead of income. That means we’ll consume less and thus decrease the national carbon footprint.

Then at least people would have the power over where when and how they spend.

As we see over and over allowing some individuals to assume the role of a government, possessed of the unique powers associated therewith, is unlikely to compel those individuals to act more nobly or selflessly.