No matter how much you know — or think you know — about any War, there are always more horrible things lurking in the shadows. 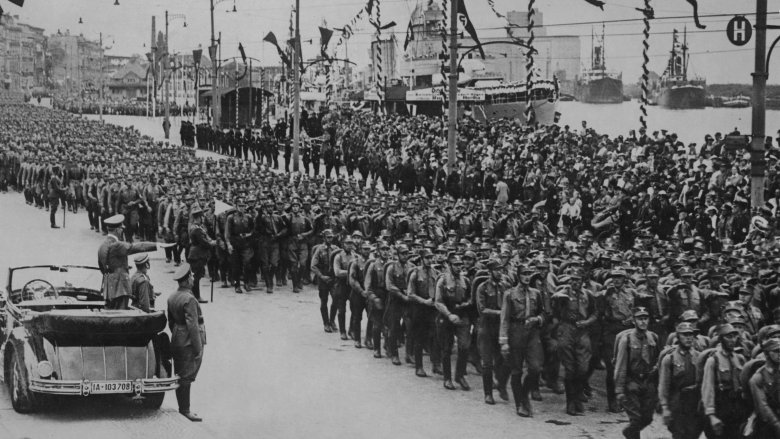 Cast your eyes over any recent conflict, and you’ll see a litany of generals, politicians, and nations that have gotten away with stuff so horrific it defies comprehension.

This post is not an attempt to justify crimes of warfare. It is a feeble attempt to highlight the double standards went it comes to defining them.

Our best hope of curbing humankind’s peculiar talent for superfluous
violence and extravagant self-destruction lies in the ideal of humanitarianism.

What is a war crime?

War crimes are often associated with atrocities committed on a scale that defies credulity. I.E the number of victims did not pass some arbitrary threshold. At the most basic level, war crimes are [objectionable] acts committed by combatants, either against other combatants or against noncombatants—that is, civilians—during wartime.

Mass murder and genocide—crimes against humanity and atrocities committed on a large scale—have become the hallmarks of war crimes.

The question is who or what decides which acts are war crimes.

In an eerie echo of our own time, defining war crimes is not so much the issue anymore.

It’s prosecuting them actually, administering justice that is the primary obstacle.

The ICC is the product of a strand of idealistic thinking about justice between waring states stretching back at least to the first world war.

In the American war in Vietnam, was it a crime to shower 45 million liters of the herbicide Agent Orange? In the process, it doomed up to 4.8 million Vietnamese residents.

Ask someone today to list war crimes of recent history and he or she may think of ethnic cleansing in Bosnia or genocide in Rwanda, the Afghan war, the Syrian War, the Yemeni War, the Iraq war, the list is endless.

The overall theme is hard to miss but there is a vast gulf separating our indifference to war crimes.

A few months after the terrorist attacks of September 11, 2001 (hereinafter referred to as “9/11”), the Bush Administration decided that the Geneva Conventions did not protect members of Al Qaeda.

The president (George W. Bush) thinks the ICC is fundamentally flawed because it puts American servicemen and women at fundamental risk of being tried by an entity that is beyond America’s reach, beyond America’s laws, and can subject American civilians and military to arbitrary standards of justice.

Another example is that there are clear parallels between Russian and Israeli violations of international law, including the committing of war crimes by Israeli military actions in the occupied Palestinian territories.

There are no sanctions against Israel that have so far desisted from joining nations including the US, Europe, the UK, Australia, and Japan in the imposition of an “unprecedented” number of sanctions on Russia, Belarus, and the two breakaway Ukrainian regions of Donetsk and Luhansk in the wake of the invasion.

According to Israel’s controversial Law of Return, “Jews, their children, grandchildren and spouses” are all eligible to visit Israel and claim Israeli citizenship.

However, millions of Palestinian refugees are unable to return to the homes they and their forebears were expelled from in Israel and the occupied West Bank in 1948 and 1967.

Israel has granted citizenship to Russian mining oligarch Mikhail Prokhorov, a figure linked to President Vladimir Putin and known to be one of the world’s richest men.

Last year, the two countries said the ICC should drop an investigation of Israel in part on the grounds that Palestine is not a sovereign country, although it is recognized as a state by the UN.

Netanyahu has accused the ICC of “pure anti-Semitism” for investigating attacks and has said Israel does not accept the ICC’s jurisdiction, however, it does not have to.

Whatever the answer, it seems unlikely that President Bush or Benjamin Netanyahu, will ever be tried for war crimes but the question of whether they actually committed war crimes remains.

Neither the US nor Russia nor China nor Ukraine are members of the ICC.

If justice in general moves slowly, international justice barely moves at all.

Investigations at the ICC take many years. Only a handful of convictions have ever been won and by the time the Barbarian is locked up there is nationwide amnesia.

In all likelihood, there will never be a trial for either President Bush or Putin not to mention Benjamin Netanyahu,.

I think it has a lot to do just with the power, the authority, of well-heeled countries, powerful countries, to shield their political and military members from prosecution by bodies like the ICC.

Even if we were able to bring War Criminals to trial we just don’t have a true international police force that would arrest the offenders.

Where are we with the Russian Ukraine war?
Could Russian leaders be brought to justice under international law?
Yes.  Because they fall under the overarching crime of aggression, all uses of armed force by Russia on Ukrainian territory can be viewed as illegal.
But that doesn’t mean the country pointing the finger has always been in the right itself.
Are countries supplying arms prolonging the war? Yes
The national interest is for this war to end. If we wish to stop war crimes then we need to stop the war. Prolonging it will only see more of the same.
We should not be blackmailed and guilt-tripped into feeding more weapons into the meat grinder. How about, just for once, we put our own interests first?
On the other hand, understanding the twin meanings of ‘humanity’ means something universal and immensely important”. Recognising its worth is “the least we owe the dead.
Meanwhile, NATO is just itching to get further involved in the war.

We live in a world in which making the wrong comment on social media can lead to people losing their jobs but where politicians and public officials, whose actions affect the lives of millions and whose failure can lead to deaths in the most unimaginable circumstances, can simply walk away and into their next lucrative assignment.

While our own media doubles down on warmongering. They seem not to care if further escalation will plunge all of Europe into economic hardship or risk wider conflict. For some reason, it’s news to Western pundits that war isn’t very nice.

In the end, this war is shining a light on just how useless our United Nations is and dark skin automatically made you less than human.

There was a day that the UN could muster Blue helmets to intervene in conflicts. Now, all it can do is pass worthless resolutions.

When it comes to war crimes, Ukraine’s hands are also blooded.

What’s bizarre about this is that these countries that are supplying millions in arms are the same people courting Ukrainian membership of the EU, as though Ukraine was some kind of liberal democracy.

As with all wars, they end with denials of involvement in killing the innocent which are called collateral damage or a mistake of identification by a rogue drone, or ballistic rocket.

The issue of reparations doubtless will be raised in negotiations to resolve the conflict and as an international condition for resuming any normal relationship with Russia. If the sanctions are eventually lifted in stages, it could prove effective to include conditions requiring the surrender of indicted fugitives.

Perhaps if the United Nations were to tell Mr. Putin that it is going to place a few thousand Blue Helmets between the present front lines Russia would think twice about any further advancement.

( It is however due to the presence of Nato on the Russian borders too late. As they would be labeled Nato, not UN)