Since the beginning of time, many of our heroes were warriors who over-powered those who would try to harm or take from us the things that we cherished. A strong defender of us as a society or culture, soldiers who sacrifice everything to defend our borders, cultures, our freedoms are indeed heroes to us.

These days with us holding our politicians in such low esteem there are different types of heroes. They come in many ages shapes and sizes, and heroic acts.

So, what is it specifically that a hero does that creates awe in us? What makes us pick one over another? What is it about our heroes that makes us stand up and take notes and then admire, adore or try to emulate them?

A hero is someone who “we” determine to have demonstrated behaviors and decisions that are ethically and emotionally worthy of our awe. We see in them something we think is not in us. A true hero does not set out to be recognized, nor do they seek adoration for their actions.

A hero can be anyone. Modern-day heroes are not only found in the movies that are all about saving a woman or saving the world, they are unsung. Movie stars are hailed as heroes, sportsmen are hailed as heroes, and even the electricity-line repairman is hailed a hero if you’ve been without power for a few hours!

But are any of their achievements outstanding to the point of being heroic?

There aren’t many heroes these days and there isn’t much opportunity to be heroic when we are at peace with relatively few being ever revealed (or noticed) in everyday life.

We seldom seem grateful for our good luck. Many of us feel that something important is missing – ideology, idealism, belief.

Currently, health care workers are going beyond the call of duty to save lives. We will need the courage to stand up and be counted? More heroes are emerging in today’s pandemic.

Unsung frontline heroes who turn their empathy, compassion, and sense of goodness to their fellow humans. They are the type of heroes that make a real difference in the world today and they deserve every praise and respect.

Indeed these are resolutely unheroic times that receive a passing clap without any medials.

For me, the Hero of our times is the Hubbel Telescope which shows us not just the beauty of the universe but its past existence. 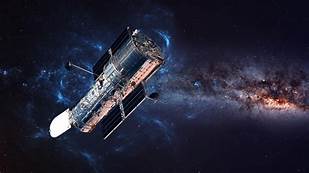 History is far from over, as modern society is facing unparalleled and unpredictable challenges never before encountered.

The world is in need of heroes.

We define our ideals by the heroes we choose, and in turn, our ideals define us.

From ISIS to LGBTQ+ rights to cyber warfare, the 21st century is rife with brand new dilemmas which have no concrete histories to compare our trials to and no frames of reference to which we could learn how to overcome them. So as the line between what is right and wrong blurs more with each passing day, people now, more than ever before, need something to believe in and give them hope.

What do you do when confronted with people who, for pretty good reasons (money, power, both mostly ill-gotten or accidents of fate) have god complexes? This is a topical question in our current moment of the super-rich and populist leaders, but maybe it has always been high on the human agenda.

Right now, almost anything involving fantasy elements, no matter what the medium (comics, novels, children’s books, film, TV, the vast spectrum of tie-in merchandise), involves a protagonist battling against adversity to realize their hidden powers, the full expression of their magnificent selves. And fantasy can lay claim to being the dominant genre of our age.

We are in the midst of what may very well be the most divisive time on our planet with its very foundations proving to be unstable due to new freedoms created by technology, not under the control we are exposed to both advertisers and geographical vagaries of morality.

While the TV was once under the control of terrestrial networks who were beholden and thus ended up self-bowdlerizing, a new freedom of expression has seemingly erupted.

Since 9/11, liberal democracies have increasingly implemented laws in the name of protecting the population against the threat of terrorism, but which have simultaneously undermined the rights of all citizens.

The criminalization of political criticism and expression is not new.

The idea that the threats we face are in some way more acute than those that have gone before – and therefore necessitates a restriction of hard-won freedoms – is bull shit. We are slowly being turned into the product by Technology.

Technology may seem like a huge advancement to society, but with large advancements comes equally large setbacks. “Technology is great until it doesn’t work.”

We are now in a new era where instead of the big lie reaching the White House or the Boris the welter of little lies, we look at the Government’s Covid-19 restrictions that have infringed on our freedoms being accepted.

Who knows what sort of arbitrary authoritarian policymaking may be acceptable in the future?

It is the invisible ink that legitimizes falsehoods in your morning paper; and on social media, it’s the sorcery of data. It’s the evil that changes our lives as an adjective as well as a noun. It’s spawned a new war on the lie. It’s fake.

Truth has died in this stampede of fake news.

It is time to get back to normal –  not the new normal that some have in mind for us – Google, Facebook, Twitter, Instagram, unregulated technology, profit-seeking algorithms, and they’re like. Not the expansion of surveillance with restrictive laws limiting people’s right to peacefully protest.

We need new heroes that are not manufactured, by capitalists but by Humanity’s love of life.