If you think that people are going to stand in water up to their necks or flames burning their hair while starving you are disillusioned.

Climate change and war are Siamese twins and like most wars, there are won or lost by connecting the dots.

There is no escaping climate change which is going to lead to resource conflicts.

Perhaps this is why the Military is thanks to the Kyoto Accords’ ( the first agreement between nations to mandate country by country reductions in greenhouse -gas emissions), is exempt.

The longer we fail to tackle the causes of the climate crisis the more militarised the consequences.

Any talk of climate change that does not include the military is nothing but hot air.

There can be no climate change mitigation without peace and no peace without moving swiftly to provide the poorer parts of the world with the resources needed to adapt to climate change and build resilient economies.

The military that produces 6% of all global emissions reports no climate change emissions to any national or international body.

This loophole is set to grow at a time when other emissions are falling.

Because the trillions that are spent on weapons rob national treasuries of the resources needed to provide funds for climate mitigation and adaptation. 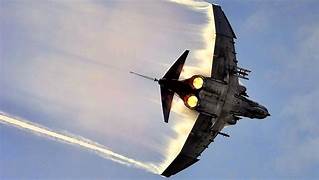 Militarism is the most oil-exhaustive activity on the planet.

At the outset of the Iraq war in March 2003, the American Army estimated it would need more than 40 million gallons of gasoline for three weeks of combat, exceeding the total quantity used by all Allied forces in the four years of World War 1.

The war generated at least 141 million metric tons of carbon dioxide equivalent (CO2e) more each year of the war than 139 of the world’s countries release annually.

The US Air Force (USAF) is the single largest consumer of jet fuel in the world. An F-4 Phantom Fighter burns more than 1,600 gallons of jet fuel per hour and peaks at 14,400 gallons per hour at supersonic speeds.

The Pentagon has a blanket exemption in all international climate agreements.

If we connect the dots in recent years, the causes of conflict have been gathering a frightening degree of force due to climate change rendering huge parts of the world less hospitable to human beings, which have simply elicited grievances that are blowing up into full-blown conflicts.

There are already five current conflicts that are affected in some way by climate change.

Climate change is well on the way to causing the largest refugee crisis in human history and it is not difficult to see that mass migration due to climate change will lead to social disruption and potentially violent conflict.

Ideology will always be a surface-level justification for conflict, but if you look deeply at the source of future conflicts, you’ll see a basic resource conflict at the bottom of it all and the veneer of civilization which is already on thin once broken there will be no existing structure of peacekeeping that can hold up under these conditions.

Can Western democratic society, which is built on a system of limitless growth and productivity, which is based on the exploitation of nature and our environment, has trapped us in this paradigm a destructive relationship with nature.

WHICH BLINDS US TO THE LACK OF A SINGLE, SIMPLE CAUSAL PATHWAY THAT LINKS CLIMATE AND CONFLICT. 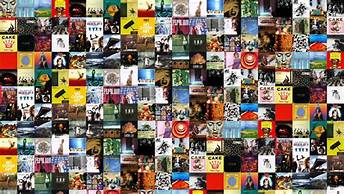 We should be much better than our collective selves. However, I doubt we have the collective will to work together to get the job done.