Cop26 described by the media as a “turning point for humanity” will be attended by upwards of 30,000 people, (including around 200 world leaders and thousands of press and media representatives.) 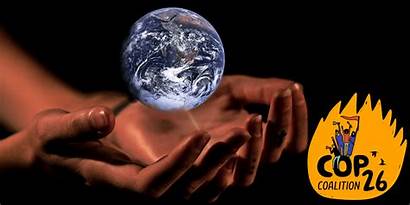 Are politicians promising real change that will prevent the world from breaching the maximum global average heating of 1.5C?

Climate politics at COPs is complex and the stakes are high.

Even though the alarm bells are deafening, and the evidence is irrefutable with Global heating affecting every region on Earth, with many of the changes becoming irreversible, we will see a world fudging backed by Bla Bla with no enforceable plan that will go far enough to create a financing mechanism to support “net zero” by 2050.

On the contrary, we will see offerings of more of the same or worse.

Since the 2015 Paris Agreement, the world is on track for emissions to rise by 16%.

Will governments look beyond narrow national interests and act together for the planet and for us all?

The need to create for Loss and Damage to enable poorer nations devastated by climate disasters to recover will not happen.

They should provide financial resources and share technology with the global south to help them both address the impacts of climate change and make the transition to a low-carbon economy.

So far three-quarters of this financial assistance was in the form of loans that the global south had to pay back. This type of finance increases the debt burden of the global south and makes these countries more vulnerable to financial crises.

Instead, climate justice demands that rich countries provide at least $400 billion a year in grant-based climate finance to the global south by 2030.

What’s more, there is no agreed mechanism for raising finance for loss & damage due to climate change (eg. the losses caused by more frequent cyclones or hurricanes).

This should be the guiding principle of the whole process – but too often rich countries seek to undermine it.

Understanding the significance of what is being discussed is not always an easy task.

No single country can fix it on its own.

There are some developed nations and high carbon emitters that have yet to pull their weight. Australia, Canada, Russia, Saudi Arabia, Brazil, Mexico are in this category.

China and the United States are the world’s two largest carbon emitters and are a special case.

Take the host the UK’s messaging on climate change.

Some impacts of climate change are now inevitable and indeed are already happening.

This means that need funding for adaptation to climate change. However, climate finance from rich countries has so far heavily prioritized mitigation, with 63% of all climate-related finance globally flowing to renewable energy.

Planning for a just transition instead means that the costs of climate action should not be borne by those who have done least to cause the problem, including workers, frontline communities in the global south, and black and Indigenous communities.

.If there was a moment of true emergency in the fight to preserve our climate, it is now.  Not to be derailed by false solutions and dangerous delusions.

The cost of failure is astronomical.  It translates into many premature deaths, more mass migration, major economic losses, large swaths of unlivable land, and violent conflict over resources and food.